Culture Shock in the Homeland

In his latest novel, the French–Moroccan novelist Tahar Ben Jelloun writes about an old Moroccan man who returns to his homeland after 40 years in France and finds himself torn between two cultures. Kersten Knipp spoke to Tahar Ben Jelloun 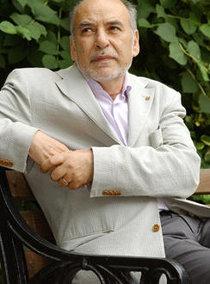 "It is sad that Islam is currently being manipulated by ignorant people – by very sinister people who pose a danger to the entire world," says Tahar Ben Jelloun

​​Mohammed, the main protagonist in your new novel, is no longer able to find his place in Morocco. Why not? Has the country changed so much?

Tahar Ben Jelloun: No, it's not Morocco that has changed. It's probably more a case of my character not having moved on. When Mohammed returns, he comes in contact with a kind of reality that he did not expect at all. But Morocco was always his homeland; he never doubted that for a second. He was never interested in finding a new life in France, He wanted to work, earn money, feed his family and then go back. Nothing else.

But just like most members of his generation – a generation that arrived in France in the 1960s – he starts having very strange ideas about what life might be like there. He wants to build a large, spacious house, so that his children can come and live with him there. But this idealised daydreaming shows that he has not even begun to understand what has been going on in France all this time. This is the root of his malaise; I would even go as far as to say the beginning of a kind of madness.

At the same time you portray Mohammed as a very pleasant, quiet, guarded person.

Ben Jelloun: Yes. He's no fanatic, no Jihadist. Much of the contemporary developments concerning Islam have passed him by. With men like him we're dealing with very down-to-earth people. They've always lived out a very peaceful Islam. One day he discovers that a totalitarian ideology exists, one that comes from far, far away: from Iraq, Yemen, Pakistan. Its teachings are in total conflict with this older Moroccan man's conduct and world view.

At the same time, your protagonist has some quirky views. For example, he's totally opposed to his daughter marrying a Christian.

Ben Jelloun: That's an experience common to members of this generation. They find it hard to accept the idea that the freedom of the individual also applies to their own children. They think their children belong to them, like an object. That's why they say, "you keep quiet and do as you're told because I'm your father." 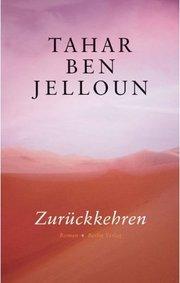 Culture shock in the homeland: both the main character in Jelloun's novel and the Moroccan nation itself have changed, and the two no longer get along so well

​​In addition, there is a rule in Islam that prohibits a Muslim woman from marrying a non-Muslim man. Why? Islam's argument is that a Muslim man can marry a non-Muslim woman without any problems, because the man is viewed as the stronger one, the more powerful one, as the one in charge. And if a Muslim woman marries a non-Muslim man, this in turn means that their children will follow their father with respect to religion.

I think that's an outdated idea. I actually think that children are much closer to their mothers – and that's the case everywhere, in African or Arab societies or wherever. The mother has a greater influence on them than the father. All this is something that can be discussed. But this Moroccan doesn't want to talk. The idea that his daughter could marry a non-Muslim shocks him.

So your protagonist straddles two cultures and is no longer at home anywhere.

Ben Jelloun: Yes, because the French are not especially interested in the generation of Moroccans who immigrated to the country in the 1960s. They are more worried about their descendants, who are French, but viewed as foreigners. Nor is he surprised that the French regard him with suspicion, because he sees himself as a foreigner, and he knows that the French don't really know him.

His position is nevertheless still quite clear. His children have a much harder job finding a place in French society. When you talk about the French-born descendants of immigrants the word used it not "integration", but "support", "acceptance" and "recognition". But France has not yet provided any of this.

The Moroccan writer Abdellah Taïa has openly acknowledged his homosexuality; Jelloun says that although Morocco "has undergone a process of modernisation and democratisation, it still finds it difficult to wholly accept the former"

​​You recently wrote the foreword to a volume published by Abdellah Taïa, Lettres à un jeune marocain (Letters to a young Moroccan). In the book, young Moroccan authors criticise the society in which they live. Taïa himself publicly acknowledged his homosexuality some time ago, which triggered huge shockwaves in Morocco. It appears as though the country is in major flux.

Ben Jelloun: Morocco has been independent now for more than 50 years. The country has undergone a process of modernisation and democratisation. But it still has problems with this process of modernisation, because the individual is not yet recognised as such. Some women's rights do exist, but even they do not go far enough. This means there is still much to be done.

At the same time, conservative, indeed reactionary trends are now in evidence in this country. Supporters of these movements are not necessarily fanatics, but they are Islamists. They want a solely Arab-based culture, they demand deference to Islamic codes. But they are in discord with the country's contemporary status. After all, Morocco has already been secularised to a certain extent. No one actually says this, but it is true. People like partying, they enjoy drinking alcohol, and the issue of sexuality has been dramatically liberalised. But no one actually says this openly.

But there are some developments in the Islamic world that you are concerned about, not just in Morocco.

"Morocco has already been secularised to a certain extent," says Jelloun. "No one actually says this, but it is true. People like partying, they enjoy drinking alcohol, and the issue of sexuality has been dramatically liberalised."

​​Ben Jelloun: Yes, and I am not alone. The nations of the Islamic world today are very worried about the fanatics in their midst. After all, you will encounter terrorism in many countries: Algeria, Egypt, Yemen, Iraq, Pakistan, Afghanistan. It may defer to Islam, but in actual fact it owes its impetus to other influences such as the US invasion of Iraq or the Russian invasion of Afghanistan. It is a convergence of many contributing factors. But these aspects are not sufficiently appreciated in the West, which means we are still living under the oppressive shadow of prejudice.

And as long as the Palestine problem is not solved once and for all, we will have to live with these misconceptions: Islam, a lack of democracy, terrorism – all this results in a confusion that is of no use at all to the world's Arab and Islamic nations.

Tahar Ben Jelloun's "Yemma"
"Not Crazy, Merely Gone Away"
In "Yamma", Tahar Ben Jelloun accompanies his mother, who is suffering from Alzheimer's. Angela Schader took a critical look at the new novel of one of the most important literary voices in the Maghreb

END_OF_DOCUMENT_TOKEN_TO_BE_REPLACED
Social media
and networks
Subscribe to our
newsletter