Nina zu Fürstenberg spoke to Tariq Ramadan about developments in Tunisia, the differences between the Islamist movements in Tunisia and Egypt and about the roles these movements will play in the new orders in both countries

Were the events in Tunisia a pleasant surprise for you?

Tariq Ramadan stresses the diversity of Islamist trends across the Muslim world: "There is no monolithic reality of Islamism today"

​​Tariq Ramadan: I have been against the regime for almost fifteen years. What is happening is great, but we still have to be very cautious. Even if the dictator is gone, the system is still in place and we are in a period of transition. Some of his people are still around, and we are in a very tricky situation. In this period of transition, the reformers must show moderation. At the same time, the whole system should be dismantled.

The fact that the dictator is gone is not enough. We still have to be very cautious about the "true" results of this situation. It is clear that there will be no going back; we are moving towards a more democratic system, but this democratic system should be truly democratic – with transparent elections and all the rest.

What is happening to the entire region in terms of the involvement of Islam and political religious movements? Are Islamists important in these situations? Is the Muslim Brotherhood in Egypt likely to play a more relevant role than in Tunisia?

Ramadan: I think that in Tunisia, the Muslim Brotherhood has decided not to be visible, not to become really involved and just to support change. What happened there did not come from Islamists, it came from the people. It would have been wrong for them to be seen as a driving force. They want to be acknowledged as a player within the system, and this is happening. In Egypt, the Muslim Brotherhood is more like a force of resistance, especially since the last elections, when they withdrew after the first round. They play a critical role. 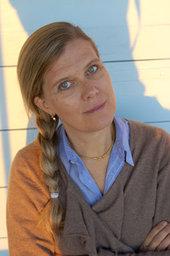 Nina zu Fürstenberg has published a book in German about Tariq Ramadan, the title of which translates as "Who’s afraid of Tariq Ramadan? The man who wants to reform Islam and change the Western World"

​​Do you think that, after having been excluded from the political process in Egypt, the movement inspired by the Muslim Brotherhood will be more or less radical, more or less democratic?

Ramadan: I think that if you look at what the Muslim Brotherhood has been saying over the last twenty years, it has already changed a lot. They were against democracy, now they are for democracy, for the involvement of the movement. They are changing. They have not reached a "Turkish" level yet. There still is a gap between the Turkish Islamists and the Egyptians. The current Muslim Brotherhood leadership is quite old, closer in age to Erbakan than to Erdogan.

Are Egyptian and Tunisian Islamists – part of the Muslim Brotherhood and other groups – very different from each other? And are there different approaches to democracy and human rights?

Ramadan: This is a critical question. The West should understand that there are many kinds of Islamists, even in Tunisia. For example, Rashid al-Ghannushi comes from the Muslim Brotherhood, but in the 1960s and 70s he was the only one in this group to say that democracy is the right thing, while the Muslim Brotherhood in Egypt was saying no. He did not have a problem with democracy; he had a far more liberal and advanced view, even in what he wrote about women, compared to other members of the Muslim Brotherhood, even from within this group! So there was a debate. In Tunisia you also have different trends arising from those who are much more Salafite, literalists.

So there is an internal debate. But who is stronger, who will prevail?

According to Ramadan, age is a big issue when it comes to the differences between the Islamist movements in Tunisia and Egypt: "The current Muslim Brotherhood leadership is quite old, closer in age to Erbakan than to Erdogan"

​​Ramadan: I think that today the mainstream movement in Tunisia is much more advanced. And I would say that between al-Ghannushi and Erdogan, for example, you can see many mirror-image positions on democracy, dealing with the West and dialogue. I think they are going the same way. In Egypt it is different. Here, once again, it is not a question of trends, but a question of generations.

In the Egyptian Muslim Brotherhood, "to be younger" means to be sixty! It was not like in the 40s. There is an internal struggle between generations and between trends, and I think that there is no monolithic reality of Islamism today. In comparing the two countries, one can see that the driving force in Tunisia is much more advanced in dealing with democracy or with women. This is very important.

A movement like Kefaya would have been impossible twenty years ago in Egypt. The Muslim Brotherhood had refused to deal with other political views, such as those of communists, "leftists" or atheists, but they changed, because they understood that you cannot resist the Mubarak dictatorship if you are isolated.

If we don't want to buy what dictators are saying – "It's us or them", meaning the Islamists – and if we want to get a better sense of what the opposition could be, we need to get a better sense of what these trends within Islamism are. There are people who are moving, changing, and others who are resisting and who are more traditionalist, and sometimes even violent.

Debate between Necla Kelek and Tariq Ramadan
Who's Afraid of Euro-Islam?
Europe has long hotly debated the role played by Islam in the public sphere. Two of today's most controversial figures recently faced off in a debate: Turkish-born German sociologist Necla Kelek and Swiss Muslim philosopher Tariq Ramadan. A report from Berlin by Sarah Mersch

END_OF_DOCUMENT_TOKEN_TO_BE_REPLACED
Social media
and networks
Subscribe to our
newsletter