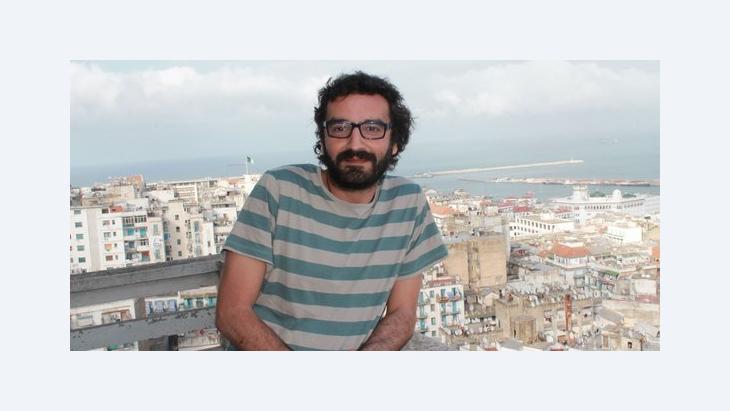 The Illusion of Democratic Elections

"We don't really have a choice," says Algerian journalist Adlène Meddi about the elections for a new parliament that took place on 10 May. In his eyes, the ballot is set up to feign change while maintaining the status quo. Marlyn Touma spoke with Meddi in Algier

What are your expectations for the upcoming parliamentary elections?

Adlène Meddi: The State is glad that the Arab Spring hasn't touched Algeria yet. Everyone is trying to convince the Algerians that the changes in Syria, Egypt and Libya represent a real threat to them. But of course we are aware of what's gong on – after all, we have the internet and satellite television.

That's why the government came up with the idea of holding parliamentary elections, in which we suddenly have a choice of more than a dozen completely new parties. It's obvious that the regime is trying to use the elections to polish up its image abroad. But I don't see a chance for real change.

Do you think the Islamists will become a force to be reckoned with in Algeria as they did in the Tunisian and Egyptian elections?

Adlène Meddi: No. From the point of view of the State, the biggest risk in these elections is a boycott, that people will simply not go out and vote. That is the real problem. Everone's talking about the Islamists, that they might gain ground in Algeria like they did in Morocco or Tunisia or Egypt. 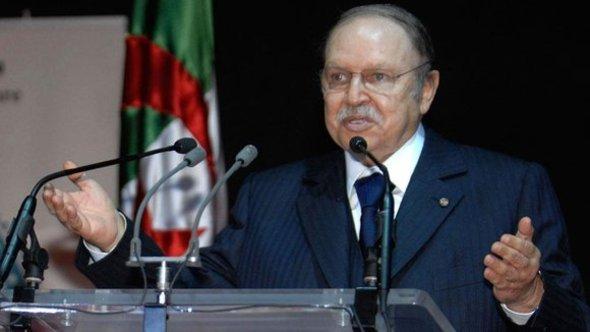 Algeria's President Abdelaziz Bouteflika, patron of the generals and symbolic figure of the ancien régime, hails the elections as a great democratic reform package in the face of the challenges the Arab Spring poses for North Africa

​​But we don't have an Islamist opposition. Most of our Islamists were co-opted by the regime. We call them "Bazaar Islamists". They are all involved in business dealings of some sort, and most of them are corrupt. The State has seen to it in recent years that the so-called "moderate" Islamists were put in charge of those ministries where it's easiest to get rich. Such as the Ministry of Public Building, where there was a huge corruption scandal.

In other words, we don't really have a choice here; this is all just a theatre piece with new parties as players, parties that are not anchored in the people in any way, either personally or ideologically. The whole thing is set up to feign change while maintaining the status quo, transformation within continuity.

What does that mean for medium-term political developments in Algeria?

Adlène Meddi: It is dramatic: the gulf between society and State is becoming deeper and deeper. According to the official police statistics, there were a total of 11,000 protest actions in Algeria in 2011 alone, that is, nearly 300 every day. That is almost as many as in China – quite impressive.

What are the protests about?

Adlène Meddi: These are protests prompted by very concrete concerns: the unfair distribution of housing; poorly maintained roads which, among other things, hinder children from going to school; an inadequate water supply; cronyism when it comes to handing out jobs …

What is the State's reaction to the protests?

Adlène Meddi: The state of emergency was lifted in February 2011. 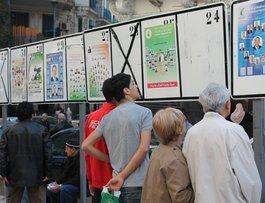 "Change while maintaining the status quo": some 25,800 people have registered as candidates in the upcoming parliamentary elections in Algeria

​​But we are still today not legally allowed to demonstrate here in Algiers. When you see teachers, nurses, the unemployed arrested on the streets of Algiers just for protesting for their rights – it's terrible.

Despite the protest actions, it's easy to get the impression that many Algerians have resigned themselves to the status quo.

Adlène Meddi: The trauma of the 1990s plays a big role here. Many are convinced that political change of any kind is only possible through extreme violence. They are daunted by the example of Libya, but above all by the terror of the 1990s.

The only time Algeria really experienced profound change was when a new government came to power in 1988. And just three years later the country was swept up in a wave of the most extreme violence imaginable. An estimated 150,000 to 200,000 people lost their lives during that period. That is what still scares Algerians today. But there is nevertheless potential for protest and politically motivated violence.

The national laws on harmony and reconciliation passed in 1999 and 2005 officially put an end to the era of coming to terms with the civil war of the 1990s. Is a new beginning possible – without truth, without justice?

Adlène Meddi: There is a consensus that we experienced a trauma in the 1990s. And yet it is very difficult to speak about that time. People try instead to forget. The trauma is glossed over, through consumption, through money.

When the massacres of the civilian population took place in the 1990s, the price of oil was low. When peace returned, in 2000 and the years thereafter, the oil price rose again and the State had more money to distribute. That made it easier for people to forget. You could sit back and watch satellite TV, and the only question was: who was the first to have a car with four-wheel drive, or a plasma screen.

5 July 2012 marks the fiftieth anniversary of Algerian independence. You were born in 1975. What are your feelings about this anniversary?

Adlène Meddi: What do you do on an anniversary? You celebrate, of course, but you also take stock: What have we accomplished in the last 50 years? For those in power, this is an awkward question, because they have to ask themselves: What have we given to the people? More freedom? No. Social justice? No. Good education and medical care? No. The regime is aware of this. That's why it's reacting so aggressively. 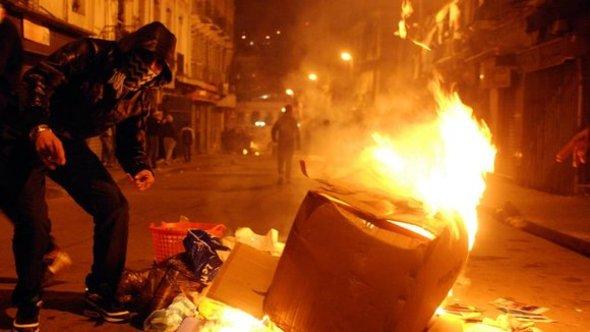 Blocked democracy, economic stagnation: In particular the younger generation, struggling with unemployment and social deprivation, is increasingly rebelling against precarious living conditions and a lack of prospects. There were uprisings in Algiers in January 2011 against rising rents and food prices

​​I would hope that on this 50th anniversary we might look back to the original goals of the Algerian revolution as framed in the 1954 proclamation: a multi-party system, social justice – a true counter-model to the colonial system.

In the lead-up to the 50th anniversary of independence, the Algerian daily paper "El Watan" has launched an ambitious project in conjunction with the French online news agency OWNI: "Mémoires d'Algérie", a kind of online archive of the Algerian war of independence. What's special about this project?

Adlène Meddi: We sent out a public appeal in France and Algeria for people to send us material on the Algerian civil war: documents, old photos, audio and video tapes. The reaction was overwhelming. A selection is already online on the website. We received thousands of documents, many more than we are able to process very quickly, because we are having everything reviewed by experts.

For the first time in history, the French and Algerians have the possibility to write their common history, and to do so in a totally new way. First of all, everything is being done via the internet; second, everyone has access; and third, we practically have no time constraints.

What's really interesting are the people who are telling their parents' stories. These are tales of fear, of personal suffering – so different from the heroic accounts we used to hear so often in the past.

You are not only a journalist but also write crime novels in the style of the French "série noire". The demanding literary crime novels by Algerian author Yasmina Khadra, featuring Commissioner Llob, have become international bestsellers in recent years. Algeria is still the only country in the MENA region that has its own criminal literature. Why is that?

Adlène Meddi: Jorge Luis Borges, the Argentinean writer, says: the crime story is one of the last resorts for bringing some order to the general chaos of life. There is a crime, an investigation, a culprit and a sentence.

Algeria's "Black decade": During the country's civil war, an estimated 150,000 to 200,000 people lost their lives. The period has instilled a fear in Algerians of change and political instability, says Adlène Meddi. Pictured: coffins of victims murdered by the Groupe Islamique Armé in a 1997 massacre

​​In Algeria in the 2000s, there is a crime and then an investigation, but no sentence. This is an issue that really moves me as an Algerian, as someone with victims in my own family who were murdered by Islamist groups.

Your 2008 novel "The Prayer of the Moor" was about the 2000s. Your latest novel, with the working title "1994", takes place in the 1990s. You were in high school back then and experienced terrorism up close. What is it like for you to look back on those days?

Adlène Meddi: I had simply pushed many horrible images aside. But I could sense something at work inside me, because I often slept poorly and had nightmares.

When my daughter was born, I was really down, because I wondered: What will I be able to give her when I send her off in life? Will it be my own portion of violence, my hatred? And when I was doing research for the book and worked through the events of that time again, many things became clear to me. For me, the novel was a kind of therapy.

Home
Print
Newsletter
More on this topic
Algeria and the Arab Spring: Opting for the Status Quo Rather than ExperimentationFrance and the 50th Anniversary of Algeria's Independence: A Pact against Memory
Related Topics
All Topics
Date:
Mail:
Send via mail

END_OF_DOCUMENT_TOKEN_TO_BE_REPLACED
Social media
and networks
Subscribe to our
newsletter