In 1945, following the Second World War, many prominent Nazis sought refuge in Arab countries. The Algerian writer Boualem Sansal has addressed this chapter of history in his latest novel. Martina Sabra met him in Frankfurt, Germany 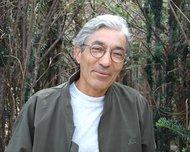 Boualem Sansal: "Young people in the Arab world know almost nothing about National Socialism and the Holocaust"

​​Herr Sansal, your novel Le village de l'Allemand (due for release in English in September 2009 as The German Mujahid) is about a former SS officer who was involved in mass murder and other crimes in Auschwitz and Buchenwald. The man, called Hans Schiller in your novel, flees in 1945 first to Turkey then to Egypt where, in the 1950s he is recruited by the Algerian National Liberation Army as a military expert. After the war of independence he lives unnoticed for several decades until he is killed in a terrorist attack in the 1990s. Is this character wholly fictional or is he based on a real person?

Boualem Sansal: There is a real-life background to the story: at the beginning of the 1980s, I was working as an engineer for the Algerian Ministry for Industry. On one of my work-related journeys, I stumbled upon a small village near Setif which seemed very exotic to me. In the next town I told some friends about it. Then someone suddenly said, "oh, you mean the village with the German". I was told that this was a very particular German figure, as the man was a former SS officer, an old Nazi with a dark past. I have to say this was a big shock for me. I had very romantic, idealistic notions of the Algerian war of independence. To discover that a Nazi was involved was very disturbing.

​​This discovery is likely to surprise many Germans too. Books such as Die Kofferträger by Claus Leggewie or Mourad Kousserow's autobiography have taught us that in the 1950s, it was mainly young left-wing Germans who supported Algeria's fight for independence. Do you know how many ex-Nazis sought refuge in independent Algeria?

Sansal: I don't have any precise figures; I believe they were isolated cases. What I do want to emphasise, however, is that in 1945, not all German war criminals fled to South America. Many of them found refuge in the Arab world, in Egypt, Syria and other countries. There were less of them in Algeria because it still belonged to France until 1962.

Did you get to know the German and his village yourself?

Sansal: No, he was already old by then. But I was not trying to write the umpteenth story about a war criminal. I wanted to tell the story from the perspective of succeeding generations, to ask what it might mean to take responsibility for ensuring that such crimes are never repeated. Young people in the Arab world know almost nothing about National Socialism and the Holocaust. In Algeria, the Second World War is on the curriculum, but the historical uniqueness of German fascism is not discussed. And the murder of millions of Jews and other people is not talked about at all.

Nevertheless, it's important to address this, along with prejudices about Jews in Arab countries. When I was young, many people in Algeria didn't say simply "ihudi", they added "hachek", which means something like, "excuse me for uttering the word 'Jew'". A similar custom was followed when mentioning the wife of the man you were talking to. This habit has now largely died out, but it is still part of our history.

"In Algeria, the historical uniqueness of German fascism is not discussed. And the murder of millions of Jews and other people is not talked about at all," says Sansal

​​Your novel contains powerful descriptions of the sites where the horror unfolded, Auschwitz and Buchenwald. Did you visit them specially for the book?

Sansal: No, I had already been to Auschwitz before. My first wife was Czech; we visited Prague often and at some point I suggested we visited Poland for the weekend. My experiences there left a deep impression on me. Visiting Auschwitz is a huge personal test and I would not recommend anyone to delve too deep. It can really throw you into confusion, because all the convictions and values you have as a human being are shaken: belief in God, in humanity, everything. Nothing remains as it is.

In Algeria it's not yet possible to buy the book. Many Algerians who have managed to read it, as well as the Algerian population in France, have criticised it because it draws parallels between National Socialism and Islamism. Are you not exaggerating here? Islamism does not aim per se to eradicate or subjugate another race of people. And not all Islamists want to introduce Sharia law or hide women under veils.

Sansal: On the contrary! I have followed the development of Islamism from its beginnings to the present day and analysed its discourses. In my opinion there are enormous similarities, in every sense. There is the concept of conquering – the conquering of souls, but also of territories. And there is the idea of extermination, the extermination of all those who do not submit to the ideology of Islamism. To this extent I certainly do see parallels, and I believe we have to analyse National Socialism if we are to keep Islamism in check.

To date there have been no plans to translate your book into Arabic, whereas the Hebrew translation is nearly finished. Would you travel to Israel to present the book?

Sansal: I had already been invited to Israel by the newspaper Haaretz and my publisher there. At the moment I do not intend to travel there. The new government under Netanyahu and Liebermann is too right wing for me, verging on fascist.

Boualem Sansal, b.1948 in Teniet el Had in Algeria, is a qualified engineer and economist. Until the spring of 2003, he worked as director of the Algerian Ministry for Industry. He was awarded the Prix du Premier Roman in France for his debut novel Le Serment des Barbares in 1999. He also won the prestigious Michel Dard Award for his novel L'Enfant fou de l'arbre creux.

Translated from the German by Steph Morris.

END_OF_DOCUMENT_TOKEN_TO_BE_REPLACED
Social media
and networks
Subscribe to our
newsletter