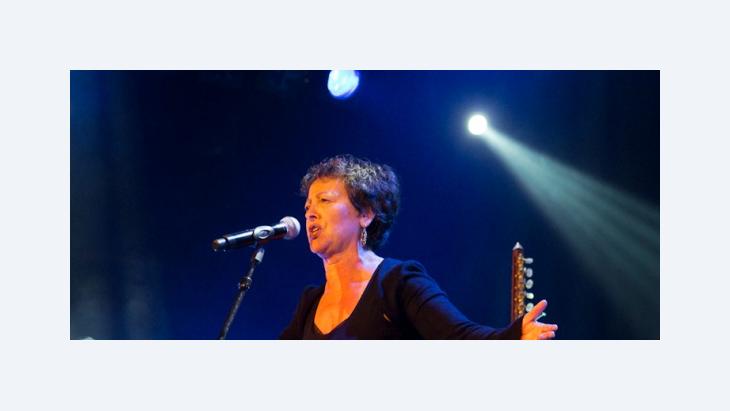 Houria Aïchi comes from a family of Berbers. They are known as Chaouia and live on the Aurès plateau in North-Eastern Algeria. She is now a renowned singer and lives in Paris. Suleman Taufiq spoke to her

Was it easy for you to learn the traditional songs?

﻿Houria Aïchi: I was born in a traditional family in which folksongs played an important role – one heard them almost every day. We women lived in a large courtyard, and the courtyard was a creative environment. That's where I got to know and love singing. The culture in which I grew up was characterised by family solidarity, a strict code of honour and a tradition of singing which only exists there.

Were the women on their own in the courtyard?

﻿﻿Houria Aïchi: Yes. The men left the house in the morning and didn't come back before the evening, so that the place was left to us for the day, and many things went on there. We often laughed together, and the children were educated there, but there was, as I said, a very intensive cultural and artistic life. The women sang, they made music and did weaving. In spring and summer there was a weaving frame at the back of the courtyard, and all the women went there and wove when they had the time. They also made pottery in the courtyard. Altogether, the women undertook a lot of artistic activities. We played theatre, recited poems, told stories, embroidered and did pottery. Sometimes we even made fun of the men by imitating them.

﻿﻿Houria Aïchi: My grandmother died before I became a professional singer, but she had a very, very important role in my musical education. She taught me to sing as a child: I went with her to weddings and circumcisions and sang with her and the other women there.

Do you still have roots in your region, even though you've been living in France for more that 40 years?

﻿﻿Houria Aïchi: I have never really left the region, neither emotionally, because my whole family still lives there, nor socially, since I have many friends from my schooldays there and many neighbours which whom I grew up. Through the singing I've immersed myself in the region again, since I had to travel there to record songs and then to work on them. I did it the easiest way you can imagine: I just travelled to Batna and visited the neighbours and their families.

When I came from France, the people used to gather to greet me – that's how we do it – and we discussed, drank coffee, ate, and in the afternoon – that's also typical for us – they started to sing. I recorded the songs on my dictating machine, and then I went back to Paris to work on them. I didn't travel around the country – quite the opposite: now that the people know my work, they send me all their things. They let me have them, and I work with what they send. 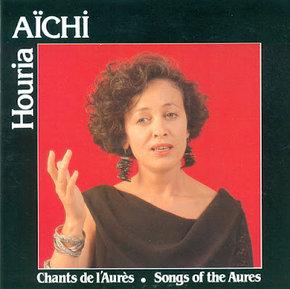 ​​You didn't intend to be a singer. You left your home and studied sociology in Constantine and Algiers, and then, in 1970, you moved to Paris and continued your studies there. Then you began to think about the tradition of your family. Why? How did you become a professional singer?

﻿﻿Houria Aïchi: That's a very nice story which I often tell, because it's true and it really did happen like that. I have the custom of singing at friends' parties. After the meal, people always say: "Houria, sing us a song." To make my friends happy, I always obliged.

I was at a friend's birthday party, and after the meal, my friends said, "Houria, please sing us a song." So I just sang without accompaniment, and after the song, a woman I didn't know came up to me and said, "I'm the director of the Second International Festival of Women's Music and Song in Paris, and I'd like to invite you to take part." That was in February 1984, and the festival took place in June. So I had four months to prepare a live show.

Of course, I could have said, "No, I'm not a professional singer and I can't appear at the festival." But to my great good fortune, I said yes, and that's how my career as a singer began.

What are your songs about?

﻿﻿Houria Aïchi: They are basically folk poetry set to music. The subjects are the classical ones of a mountain farming society. They're fundamental subjects, for example, naturally, love. There are many love poems, but not just that. During the Algerian independence struggle, the women wrote hundreds, if not thousands of songs to glorify their men, who had gone out to fight against colonialism.

There are also many songs which people sang as they worked. There are songs, too, about exile, since in the Berber societies of the Kabylei and in Aurès, which are very poor regions, it was often the case that the men left their homes to work, especially in France.

How is your work recognised in Algeria? Do you sometimes perform there?

﻿﻿Houria Aïchi: Nowadays I sing very often in Algeria, at least once if not twice a year, and I think people recognise the work I have done to make this repertoire well known in the rest of the world. They also recognise the stamina and the hard work which is involved in continuing this work, as well as the joy I feel in carrying this tradition to far off places.

END_OF_DOCUMENT_TOKEN_TO_BE_REPLACED
Social media
and networks
Subscribe to our
newsletter