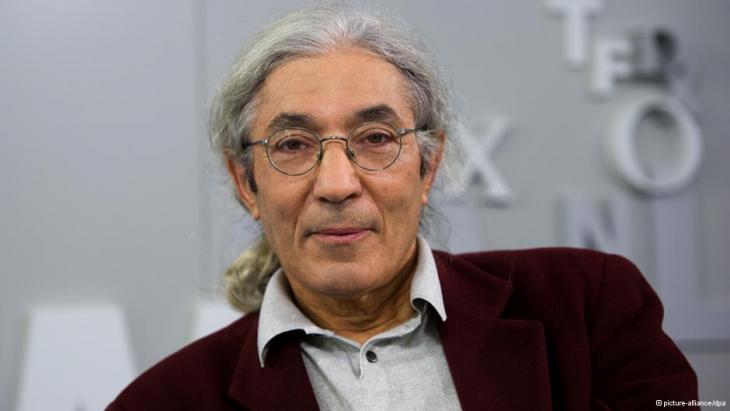 "Take Islam back from the Islamists!"

Mr Sansal, in your new book, you portray Islamism as something very threatening. What was your experience of the first Islamists like when they arrived in Algeria in the 1960s?

Boualem Sansal: I am not a Muslim, I am not religious. The people who arrived in Algeria back then were strange. They had beards and behaved and dressed differently from the Algerians. They talked of revolution. It was interesting. Most of them came from Saudi Arabia or from Egypt; they talked of fighting against the atheistic socialist regime. They talked of Islam and of freedom. That was around 1960. By 1980 there were Islamists all over the country. And war began.

Were they the Fools of Allah as the German title of your book "Allahs Narren" has it?

Sansal: We did refer to them as "Allah's Fools" back then. You have to be pretty crazy to spend the whole day in a mosque, praying, and always saying the same thing over and over: Allah, Allah, Allah! 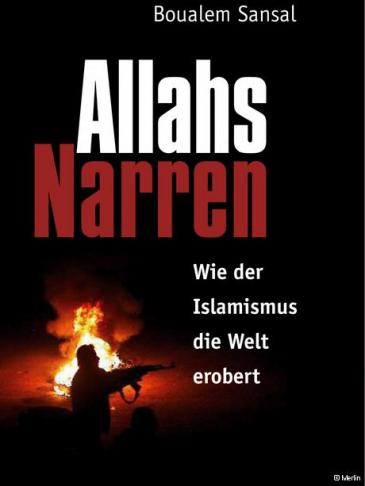 Boualem Sansal's essay provides a sobering analysis of Islamism in and beyond Europe. It has been published in German as "Allahs Narren"

It seems that their political influence was not taken seriously enough back then in Algeria. Is Europe making the same mistake?

Sansal: Yes. Islam has tried to find a place in Western society, but without success. Every religion desires official legitimation in a country. Temples or mosques need to be built and the religion needs to be taught. The rather atheistic nature of Western society means that such things have no appeal. But Muslims want to establish themselves, and that caused problems. Because Islam has not made any progress, it is changing, it is becoming Islamism.

In your book you complain about the lack of debate on Islam, a debate that is not happening in Europe either. And you describe the contribution of Muslim intellectuals a "deafening silence".

Sansal: We made the mistake of sitting back and looking on while the Islamists changed our society. They have changed the behaviour of our women and of our young people. Young people want to have fun. But in Algeria, rather than going to the football match or the beach, they go to the mosque. And we, the intellectuals, have stood by and watched as social changes have become political and philosophical. The intellectuals have lacked both the courage and the political intuition.

Does that mean that a debate about Islam is needed?

Sansal: Yes, Islamism has emerged from Islam. One must question the relationship of Islam to society, to democracy, to women and to the modern world. And to the state. Things that we take for granted, the conception of the state, is something that cannot be explained to a Muslim who has lived his whole life with Islam. It is a concept that does not exist in Islam. For Islam it is much more about God governing humanity.

Does that mean that Islam and democracy are incompatible?

Sansal: The fact that they are not compatible at the moment does not mean that they cannot become so. Christianity and democracy have not always been compatible. God was in charge and the Church ruled over people's souls. Then democracy came along and brought war between religion and democracy.

In your book you say that it is too late for a political debate on Islamism in Europe. Why do you think so?

Sansal: There is a time for everything. There was a time for understanding and analysis. That was the time for the intellectuals. I should have written my book twenty years earlier. Then there comes a time for politics. But for that, too, it is now too late! The Islamists are already here. We in the Muslim countries have no power over the Muslims in Europe, and neither do you. That is why it is too late. 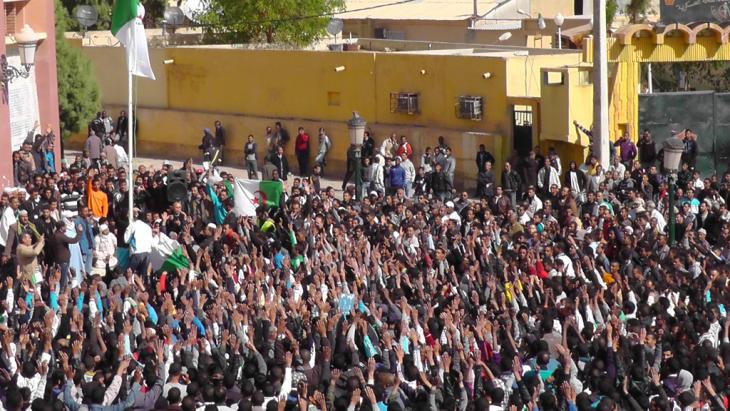 Protest against authoritarian paternalism and radical Islam: "Democrats need to fight for democracy in Muslim countries. And Muslims must fight for Islam. They need to take it back from the Islamists," says Sansal

Are you saying that the European democracies are too weak to curb Islamism?

Sansal: They no longer have the strength to tackle the problems of the 21st and 22nd centuries. They are like the deer caught in the headlights, not knowing what to do. People are afraid to criticise Islam and so no one does anything. But something needs to be done!

Sansal: That's difficult. I have often accused Western politicians of supporting our dictators and Islamists instead of our democrats. They tell me that there are no democrats here, that they can only give their support to either dictators or Islamists. And they are right! We cannot import European democracy into Algeria; we have to invent one of our own.

But the selling of weapons to dictators and the supporting of Islamists has to stop – as Germany has done and is still doing. I also criticise Muslim intellectuals. What are they doing in Europe? They sit in Paris and complain about the Algerian government not being democratic. They should be saying this in Algeria! Democrats need to fight for democracy in Muslim countries. And Muslims must fight for Islam. They must take it back from the Islamists. It is they who must fight Islamism because it is destroying their religion.

Boualem Sansal (64) writes about his native Algeria, a country traumatised by Islamist terrorism and civil war. Born in 1949, Sansal, a qualified engineer with a doctorate in economics, came relatively late to writing. His highly political books have made him a controversial figure. He was dismissed from his post as director of the Algerian Ministry of Trade and has been threatened by Islamist groups. In spite of everything, he made the decision to stay in Algeria. He has received numerous literary awards since the publication of his first novel in 1999. He came to notice in Germany in 2011 when he was awarded the Peace Prize of the German Book Trade.

Algerian scholar Said Djabelkhir rejects the charge of "offending Islam". In interview with Ismail Assam, he maintains that he has been wilfully misconstrued. At the same time, he ... END_OF_DOCUMENT_TOKEN_TO_BE_REPLACED

Saturday's historically low election turnout was a reflection of Algerians' ongoing frustration with the political status quo. Faced with mounting state repression, however, the ... END_OF_DOCUMENT_TOKEN_TO_BE_REPLACED

Morocco and the European Union are at cross purposes when it comes to the Western Sahara. And, as Germany does not support Moroccan claims to the territory, a major conflict has ... END_OF_DOCUMENT_TOKEN_TO_BE_REPLACED

Recep Tayyip Erdogan, disappointed by the European Union’s reluctance to integrate Turkey into its ranks, has re-directed his country’s diplomacy toward the Maghreb and Africa to ... END_OF_DOCUMENT_TOKEN_TO_BE_REPLACED

Using a graphic novel to address a contentious issue like the Algerian war of independence may seem an odd choice, but new release "Algeriennes", translated into English by Ivanka ... END_OF_DOCUMENT_TOKEN_TO_BE_REPLACED
Author:
Aya Bach
Date:
Mail:
Send via mail

END_OF_DOCUMENT_TOKEN_TO_BE_REPLACED
Social media
and networks
Subscribe to our
newsletter