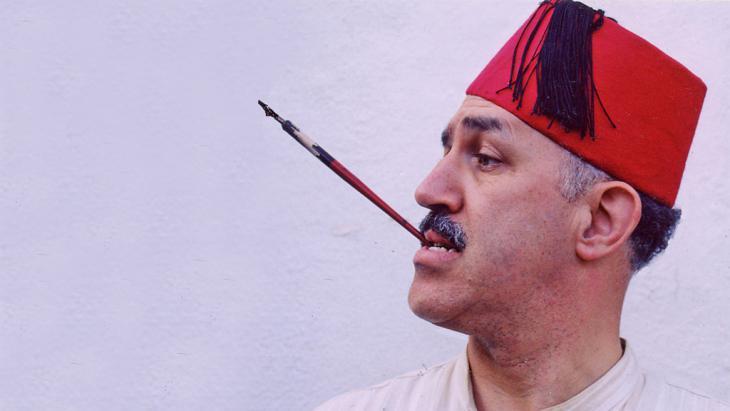 Interview with the cartoonist Khalil

"There is nothing that can justify this sort of violence"

Political message or provocation? It is important to consider these two factors prior to a cartoon's publication. Acording to Khalil, a cartoonist of Arab origin, responsibility plays a major role in this consideration. Esther Felden spoke to Khalil about the attack in Paris and its consequences

What impact will the attack on "Charlie Hebdo" have on political satire worldwide?

Khalil: I believe the attack will intensify political satire across the world. It's going to make it freer rather than the opposite. Everybody is rallying around the important concept of freedom of expression. I am sure it's going to embolden people to publish these types of cartoons, and it will be impossible to stop.

Also in 2006, many media outlets sought my opinion about the cartoons of the Prophet Muhammad published originally by Danish newspaper "Jyllands-Posten" in 2005, and later reprinted by "Charlie Hebdo" in 2006. It was not easy for me to answer that question then. In my opinion, the paper that first published them was not acting in a responsible manner as they started the whole controversy.

From what I gathered, it was the editor who was inciting the cartoonists rather than the cartoonists spontaneously wanting to do something on the topic of the Prophet Muhammad. It is usually the editor who has the responsibility to consider whether a cartoon is contributing to the political dialogue process or just a provocation. It was a complicated issue even back then.

I am obviously in favour of freedom of expression as I depend on it as an artist and political commentator. But at the same time, my editors and I always ask ourselves – before the publication of a cartoon – whether the cartoon is a legitimate political opinion or is it just to incite people.

In the case of "Charlie Hebdo", it is simpler, as such questions seem secondary in light of what has happened. There is nothing that can justify this sort of violence. Even if it were to be supposed that there was some sort of irresponsibility on the part of the satirical French paper, it can never justify the killings of innocent people. Without doubt, "Charlie Hebdo" has become a symbol of free speech worldwide. 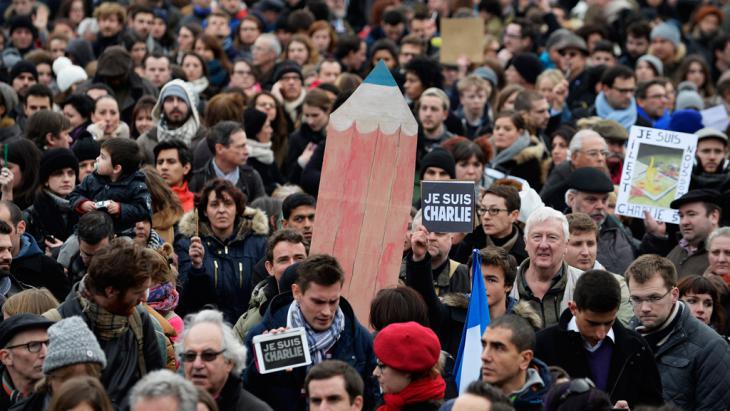 "I am obviously in favour of freedom of expression as I depend on it as an artist and political commentator. But at the same time, my editors and I always ask ourselves – before the publication of a cartoon – whether the cartoon is a legitimate political opinion or is it just to incite people" says Khalil

Would you characterise the content of "Charlie Hebdo" as more daring than that of other publications?

Khalil: Yes, it was both more daring and brave, especially with regard to some of the cartoons. I have always admired those made by Cabu and Georges Wolinski.

I have never had the opportunity to meet them. But a friend of mine, a famous Algerian cartoonist, was a close friend of them. Wolinski helped him a lot when he was facing difficulties. I can confidently say that neither Cabu nor Wolinski were motivated by hate or Islamophobia. To them, it was really a matter of freedom of expression. They didn't want to be told what they could or couldn't draw.

The attack shocked me. I myself have received death threats in the past and I can therefore identify with my fellow cartoonists. How can someone just go and kill people for something they have said or drawn? It doesn't make any sense to me.

Could you imagine ever losing the courage to carry on with your work in view of the recent atrocity?

Khalil: I have asked myself that question many times. And I don't have a simple answer to it. I think it is more about stubbornness than courage. When I receive death threats, I am a little bit worried for a while, and my wife certainly is very worried, but somehow the threats remain abstract for me. 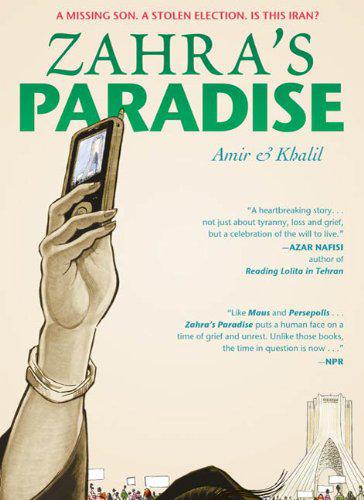 "Khalil" is the nom de plume of a cartoonist of Arab origin residing in the US. Together with his colleague "Amir", he published "Zahra's Paradise" in 2011, a graphic novel on the Iranian "Green Movement". The two artists, who have received death threats in the past, use pseudonyms in a bid to hide their identity

I just think that these guys are trying to intimidate me, but they are not going to succeed, and I keep on doing what I do. I have been lucky so far.

I have received threats mainly from Israelis or those who identify with Israel. They have told me what kinds of weapons they would use to kill me. But I have always thought that they are just trying to intimidate me and never taken them seriously.

But a friend of mine in Algeria was so threatened that he left the country. He was a famous cartoonist in the country during the nation's civil war in the 1990s when he left Algiers for Paris. Ironically, it was Wolinski, who died on Wednesday, who picked up a phone to help him.

Wolinski called a friend at "L'Humanite" newspaper and told him: you have got to give my friend a job. This guy is in trouble in his country, and you have to help him. And so my friend Slim got the job and did political cartoons for the paper.

This is the sort of story that doesn't get told enough, a story of human solidarity that cuts across ethnic and religious lines.

Are there topics that you personally would not touch or issues where you consider very carefully how to approach them in a cartoon in order not to infuriate someone?

Khalil: I always approach my cartoons and my issues with that spirit. I always ask myself honestly the question: am I saying something that is a legitimate political point? And even if it ruffles some feathers, it is important to put it out there because it will contribute an opinion that is important to hear. I often know that work is going to displease a lot of – for example – pro-Israel people. And I ask myself whether I am doing it just to provoke them or whether it is because I am saying something that is not being said by other cartoonists. I never try to do a cartoon just as a way to pound my fist on the table. I don't do that. I try to be responsible. It is not just to be mean to some people who will be enraged by this cartoon.

Some cartoonists are not as responsible. You can tell that they are just poking people in the eye, just for the sake of it and to be provocative. They are not really saying anything that contributes to the dialogue. Like, for example, showing the prophet as a pedophile or having sex with small girls. How is that an important political statement? I cannot understand it, especially if I feel that it is really an opportunistic thing to get some attention. I find that a little bit irresponsible.

If you could talk to the attackers, what would be your message?

Home
Print
Newsletter
More on this topic
Attack on the French satirical magazine "Charlie Hebdo": Do not be deceived!France after the attack on "Charlie Hebdo": Much more is at stake than press freedomProtest against Mohammed cartoons: Where are the sober-minded people?The Iranian graphic novel "Zahra's Paradise": An artistic insight into a sinister world
Related Topics
Cartoons, Charlie Hebdo, Democracy and civil society, Freedom of the press, International terrorism, Islam and democracy, Jihadism | Jihadists, Muslims in the West, Satire
All Topics

German Middle East analyst Guido Steinberg and television journalist Ulrich Tilgner have both published new books on the conflicts in the Middle East. Their analyses and their ... END_OF_DOCUMENT_TOKEN_TO_BE_REPLACED

On 7 March, Switzerland became the latest European country to vote in favour of a so-called "burka" ban. It was yet another feather in the cap of the right-wing populist Swiss ... END_OF_DOCUMENT_TOKEN_TO_BE_REPLACED

In Grenoble, France, two professors have been pilloried in a dispute over the use – or otherwise – of the term Islamophobia. Is freedom of speech in jeopardy? By Stefan Dege and ... END_OF_DOCUMENT_TOKEN_TO_BE_REPLACED

In his controversial book published in 2020, French author Pascal Bruckner describes anti-Muslim sentiment as a fiction, claiming that the term "Islamophobia" is being used to ... END_OF_DOCUMENT_TOKEN_TO_BE_REPLACED

Several media reports in recent weeks have focused on the potential threat presented by Islamist groups in Germany. The discourse is fraught with generalisations, both sides ... END_OF_DOCUMENT_TOKEN_TO_BE_REPLACED

END_OF_DOCUMENT_TOKEN_TO_BE_REPLACED
Social media
and networks
Subscribe to our
newsletter