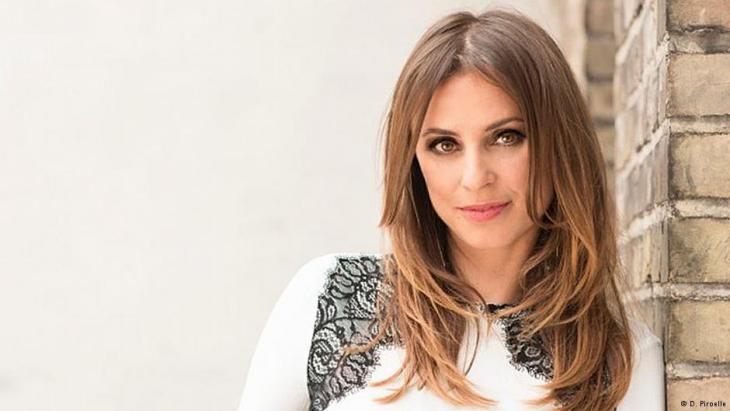 ″Cultural identity is not absolute″

"Made in Germany" is a label that sells. But when it comes to people, how German is Germany today? Croatian-German author Jagoda Marinic explains why identity is fluid – and the far-right so dangerous. Interview by Srecko Matic

Ms Marinic, what is German in today's Germany?

Jagoda Marinic: What's German today is definitely different from what was German 60 years ago, when my parents came to Germany as guest workers. Currently we are seeing here – and across Europe – movements like PEGIDA that prefer a very narrow national structure. They wish that an identity could stay the same forever, that people could immigrate to a country and not change anything. And with the question "what's German in Germany" and taking the "Made in Germany" brand into account, I just want to make clear that this country has already changed and its identity has evolved over the past 60 years. And that has brought Germany many positive things, including the "Made in Germany" brand that we've built up together, though it unfortunately seems to getting an increasingly negative reputation.

At the European Championship in France, there are a number of players on the German national team with international backgrounds. For some right-wing populists like Alexander Gauland from the right-wing AfD party, that's difficult to accept. He's said the national team "isn't German" and offended player Jerome Boateng by asserting that many Germans "would not want to live next to him." Is today's German more Gauland or more Boateng?

Marinic: Perhaps Germany is struggling with that a bit, but Gauland does seem like he's been beamed in from a bygone era. Years ago, I wrote an article called, "Was Mesut Ozil's father also a professional soccer player?" in which I pointed out that the nationalities of people's parents are not necessarily decisive when it comes to what they can contribute to society. Still, I find Gauland's rhetoric very dangerous because he's questioning everything that's become normality. In the past decade, fans cheered and didn't care who shot the goal – it was the German national team. And suddenly he's bringing up things that were cleared up a long time ago. 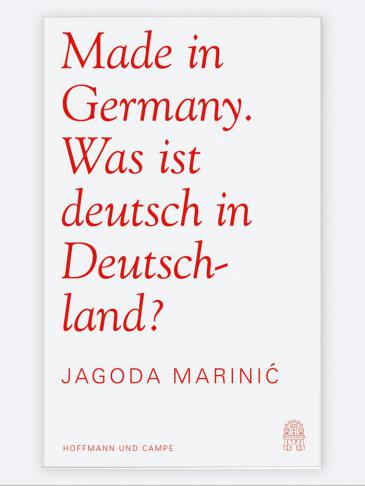 Jagoda Marinic is an author and columnist and heads the International Welcome Centre in Heidelberg. She was born in 1977 in Waiblingen to Croatian parents and grew up bilingually. In Heidelberg, she studied German literature, political science and English. "Spiegel" called her 2007 debut novel "Die Namenlose" one of the most important new releases of that year. In 2013, she released "Restaurant Dalmatia" to critical acclaim. "Made in Germany. Was ist deutsch in Deutschland" was released in May in German

PEGIDA, the right-wing political party AfD, France's right-wing party Front National… who's to blame for the rise of the far-right in Europe?

Marinic: Above all, it's our inability, as a continent with over 500 million people, to deal with the world's problems. And I think Europe has been asleep for too long. Europe was caught up in a liberal dream and didn't necessarily understand how important its role in global politics is. I think Europe has been politically inactive for too long and that's something some groups have taken advantage of to build up their structures. The right-wing movement has a strong network across Europe and they are working together toward dangerous changes.

To what extent is politics itself to blame for the shift to the right? From Brexit and the euro crisis to the refugee influx, we've faced a number of problems in recent years and the political elite sometimes seem disoriented and lacking courage.

Marinic: To some extent, politics does bear responsibility when it comes to the rise of the far-right. In Germany, it was said for years that we are not a country of immigrants. The reality was ignored, although 20 million people were allowed to come here, be born here and live here. And politics has been used to calm people down. The people were told that nothing would change and that the world would stay as it is. And then, four or five years ago, politicians noticed that the world really was changing and that we need these people to secure our standard of living.

Has Chancellor Angela Merkel done a good job or has she alienated people?

Marinic: Angela Merkel was a shining light for a while. It seemed like she was a European who would show Europe where to go. But she didn't stay a shining light because, in my opinion, she looked back too much. She wanted to lead and was constantly checking that everyone was with her – but only a few were. She didn't offer enough. She hasn't actually said how she wants to solve things. She's emphasised that we have to be humane and not let people die at our doorstep. But at the same time, she hasn't said how she wants to help her country deal with the refugee situation. As soon as a leader expresses doubts or doesn't bring credibility, it gets hard for people to follow. On the other hand, she has reminded us of our values and we can't forget that in the current situation.

Your parents come from abroad. To what extent has that influenced your writing?

Marinic: It's simple: You write what you see. Or the inspiration you get from what you see. There are fewer and fewer kids that live in an allegedly homogeneous world. Children today are usually confronted with two or three cultures. I learned from the very beginning how relative culture is and how it changes from person to person and is lived out differently in different countries. Of course there were Croats in the diaspora that lived values other than those of my parents. 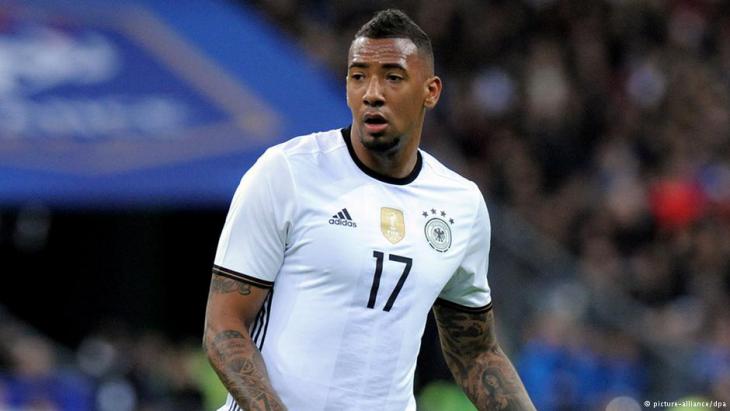 Ethnically diverse: at the European Championship in France, there are a number of players on the German national team with international backgrounds. Some right-wing populists like Alexander Gauland from the AfD party found that difficult to accept. He claimed the national team "wasn't German" and offended player Jerome Boateng by asserting that many Germans "would not want to live next to him"

And my parents definitely had a different way of living as Germans, though they nevertheless had many values that were similar to those of the Germans. You learn that identity is something that constructs itself, that people make – it's not absolute truth. You become a critical person that asks questions because you see that the things you come across are not set in stone. And I think that has broadened my horizons and made it possible for me to experience identity as fluid. It's something I can change all the time and surprise myself with. This attitude flows into my books and my political texts.

Does the concept of "home" play a role? Where do you feel at home?

Marinic: Of course home has less to do with location. I can't really connect with the concept of home. I don't need a lot of land under my feet or a house or anything. But I feel at home in the world. I sense responsibility for this world. And I think that living between multiple cultures is enriching – even though that's been said a thousand times.

Who are you rooting for at the Euro Cup? Croatia or Germany?

Marinic: I'm not sure yet. It depends who I like better. But it doesn't necessarily have to be Germany or Croatia. I also like Italy.

Home
Print
Newsletter
More on this topic
AfD and its historical antecedents: Whose struggle is it anyway?Right-wing populism in Europe: Take the AfD seriously – or you'll end up like us Racism in Germany: The taint of PEGIDA journalism
Related Topics
AfD | Alternative for Germany, Democracy and civil society, Front National, Pegida, Racism | discrimination, Right-wing populism
All Topics

A deluge of books, movies, series and cover stories: ever since the events of 9/11, the West has seemed almost manically preoccupied with Islam. Yet this has rarely led to deeper ... END_OF_DOCUMENT_TOKEN_TO_BE_REPLACED

Twenty years after 9/11, the world is faced with the dual challenge of Islamophobia and anti-Westernism. Ahmet Kuru argues that Muslims in the West, well versed in both Western ... END_OF_DOCUMENT_TOKEN_TO_BE_REPLACED

Two decades after the attacks of 11 September 2001, the West faces the shattered debris of its failure – not only in Afghanistan, but also in Iraq, Syria, Libya and Yemen. What ... END_OF_DOCUMENT_TOKEN_TO_BE_REPLACED

Twenty years after 9/11, the United States is recalibrating its war policy. However, its assertions that the era of endless wars is over are a myth, writes Maha Hilal END_OF_DOCUMENT_TOKEN_TO_BE_REPLACED

Migrants are often maligned as being responsible for Europe's problems. Yet their integration is in Europe's interest. Michael Thaidigsmann believes that a long-term vision is ... END_OF_DOCUMENT_TOKEN_TO_BE_REPLACED

Although the United States clearly could have done a better job of managing its departure from Afghanistan, the tragedy playing out this month has been 20 years in the making. ... END_OF_DOCUMENT_TOKEN_TO_BE_REPLACED
Author:
Srecko Matic
Date:
Mail:
Send via mail

END_OF_DOCUMENT_TOKEN_TO_BE_REPLACED
Social media
and networks
Subscribe to our
newsletter