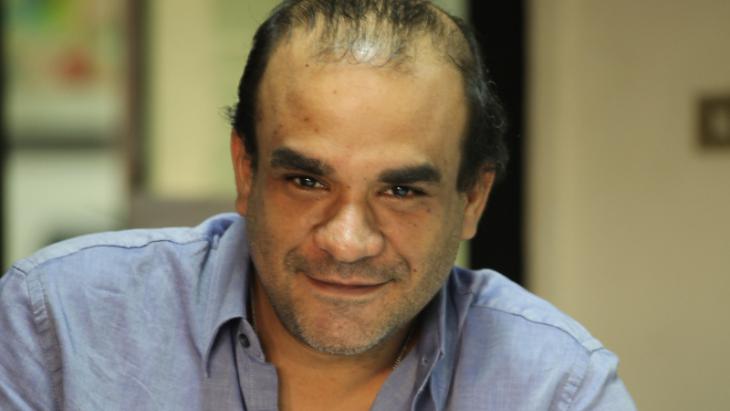 Interview with the Egyptian author Youssef Rakha
"Taken together, these things would make up home..."

The Egyptian poet, essayist, novelist and journalist Youssef Rakha moves between two worlds. He aims to show his Western readers an eclectic Cairo beyond common cliches. Interview by Susanne Schanda

Youssef Rakha, you′re writing a new novel at the moment – not in your native Arabic, but in English. Why is that?

Youssef Rakha: I felt a need for distance and change. I wanted to get away from the familiar with all its implications, overtones and undertones. English helps me to do that, it feels more neutral and doesn′t have the same weight for me, the same burden as Arabic. I need distance from all the things that have happened in Egypt over the past five years since the revolution.

Of what benefit is that to your writing?

Rakha: It gives me more freedom. If I take a step back from everything that ties me to everyday life and influences me, I gain new insights. Interestingly enough, English has finally led to me writing a novel with a woman as the central character.

How do you adopt a female perspective, as a man?

Rakha: I think of my mother and other women I′ve been close to. One ought to have that kind of flexibility, or at least try. The narrative voice is the woman′s son, though. Her story is told by her son.

You live in Egypt, but you′re also very familiar with Europe, you write in both Arabic and English. What does that "switching" mean for you?

Rakha: We all live in our own bubble most of the time anyway. My bubble is a mixture of worlds, different aspects of different or opposite worlds recombined. My emotional constitution is very Egyptian. But my thinking and intellect aren′t. I have to stay flexible.

Do you feel torn between West and East? 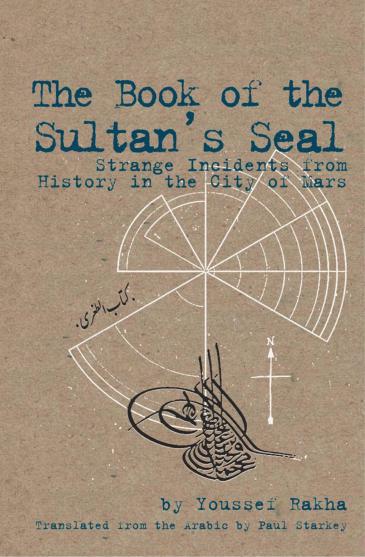 ″The Book of the Sultan′s Seal″, Youssef Rakha′s first novel, was published shortly after Egypt′s former president Hosni Mubarak was deposed in February 2011. His book presents the Cairo of the last decade and addresses the desperate search of Arab Muslims for their own identity

Rakha: I don′t feel torn but I do feel homeless, I feel I have no homeland and am stranded. In Egypt, I don′t have the personal and political rights I ought to have, but in Europe I don′t have the opportunity to experience my emotional life and interpersonal relationships the way I want to. Most of the time I feel the lack of stimulating intellectual dialogue. Taken together, these things would make up home, so wherever I am I feel an essential part of home is missing. I don′t experience that as dramatic tension or violence, it′s more a feeling of sadness.

Are you looking for a new readership by writing in English?

Rakha: I′m looking for readers with whom I can be open and honest, without having to worry about the implications, including the political implications. It′s a terrible thing to say, but I recently realised that Cairo is not so much a city to write for as one to write about.

Cairo plays a key role in your first novel, "The Book of the Sultan′s Seal". What kind of Cairo do you want to show us?

Rakha: When I think of a Western audience then I want to tell my readers that the up-to-date Cairo with all its contradictions is a complex and extremely interesting contemporary city. I want to debunk stereotypical and news images of the world I come from. To show that this world of mine is just as human and layered as any other. Perhaps all the cliches you hear in the news are true as well, but not in a simple way – they are true in a far more complex, human way. They′re not the whole truth. Literature can make that depth tangible, that complexity behind everything. It changes our view, we see different things and in different ways.

While Egypt has experienced a reading boom with numerous bestsellers over the past fifteen years, you′re looking for new readers abroad. Why is that?

Rakha: The majority of Egyptian readers are actually television audiences. They′re people who read books as if they were watching TV. I think there′s very little interest in real literature in Egypt. It makes me feel claustrophobic. The books that sell in Egypt, the bestsellers, are less literature than potential TV series, be they by Ahmed Mourad or Alaa Al Aswany. I don′t necessarily mean that as an insult. That′s just the way it is. It looks like people are buying lots of books, but they′re not actually buying literature.

Rakha: No, not at all. But it′s easier. When it comes to sexuality there are so many ideas and terms in English that don′t even exist in Arabic.

But the Egyptian writer Ahmed Naji was sentenced to two years′ imprisonment for a sexually explicit novel.

Rakha: That was terrible. But the case had little to do with sex. He was sentenced for ″offending public morality″. It’s an absurd, ancient law. The same thing can happen to someone who takes their clothes off in the middle of the street. Naji was sentenced because an extract from the novel was published in a state-run literary journal. The novel itself is still on sale in Egypt. Ahmed Naji is not in prison because he wrote about sex, but because the text appeared in a state publication. 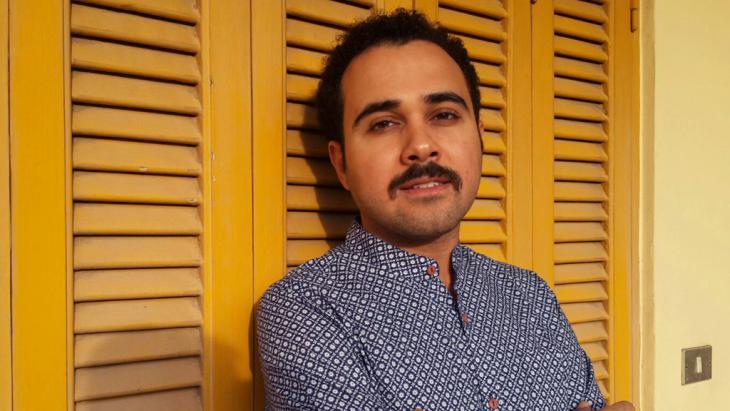 Uproar over ″sexually explicit literature″: the court case revolved around the novel ″The Use of Life″ by the Egyptian writer Ahmed Naji, sections of which were published in the literary magazine ″Akhbar al-Adab″. The public prosecutor judged explicit passages of the book to violate public morals, constituting an incitement to infidelity

Has censorship in literature increased over the past five years?

Rakha: No, quite the opposite. If anything has changed for literature then it has become more open. Unlike the political sphere. My attitude towards politics is the same as it was before 2011. Full of desperation and revulsion. It′s probably the worst thing that could have happened. If there′s hope anywhere in life, then certainly not in politics.

Rakha: In literature, in art and culture. In some respects, the situation is even worse than before 2011 – take the economy or human rights. But life is not impossible. We have electricity and a certain level of security, which is more than we had in 2013.

When you think of the past five years′ development, what do you expect of the future? Will you stay in Egypt?

Rakha: That′s the most obvious option. I have no reason to leave. At least not now. The future? I really don′t know. More of the same in this vicious circle. What we need above all is secularism. As long as nothing fundamental with regard to social and cultural values, there can be no meaningful political change.

Did the 2011 revolution, which fostered so much hope, not change anything?

Rakha: I think young people genuinely have more courage and hope since the revolution than before. There′s also more desperation, but at the same time more will and daring, a willingness to risk something for one′s own ideals. With the privilege of hindsight, I see the 2011 revolution as a peak in a much longer, slower social revolution that started in the 1990s. And I still believe in that. But at a political level the revolution was not just a failure, it was a disaster through and through.

Youssef Rakha was born in 1976 in Cairo and studied English Literature and Philosophy in the United Kingdom. His first novel ″Kitab al-Tughra" was published in 2011 (in English translation in 2015), the second "Al-Tamasih" a year later (in English in 2014). He works in Cairo for the English-language newspaper ″Al-Ahram Weekly″ and writes in Arabic and English.

In Doha, Arabs from Morocco, Tunisia, Egypt and Algeria are gathering to celebrate the first ever FIFA World Cup to be held on Arab soil. The criticism from Europe? Over the top, ... END_OF_DOCUMENT_TOKEN_TO_BE_REPLACED

November 2022 sees the Arab world firmly in the spotlight with the COP27 in Egypt and the FIFA World Cup in Qatar. Public trust in MENA governments is weak, thanks to their ... END_OF_DOCUMENT_TOKEN_TO_BE_REPLACED

Palme d’Or winner "Boy from Heaven" is a classic crossover film in which cultural elements are mixed together in haphazard and random fashion. Shady Lewis Botros bemoans the ... END_OF_DOCUMENT_TOKEN_TO_BE_REPLACED

COP27 in Sharm el-Sheikh is turning into a PR disaster for Egypt’s military regime. Instead of praise for the host, the news is full of solidarity for imprisoned activist Alaa ... END_OF_DOCUMENT_TOKEN_TO_BE_REPLACED

END_OF_DOCUMENT_TOKEN_TO_BE_REPLACED
Social media
and networks
Subscribe to our
newsletter