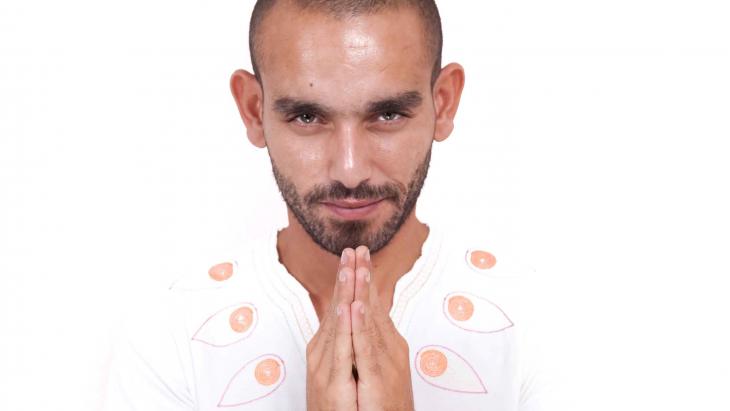 Interview with the Egyptian DJ Mohammed Safi
Voice of the people

Cairo is a mecca for lovers of Arab underground and independent music. Although the government and the Egyptian Music Syndicate are constantly trying to intimidate bands and eliminate critical texts, Cairo′s music scene retains something of the spirit of the Egyptian revolution. Claudia Mende interviews Egyptian DJ and musician Mohammed Safi

Safi, what kind of DJ-ing have you been doing recently?

Mohammed Safi: I had four gigs in Cairo this week. I am resident DJ in a club called ″B-side″, a virtual night club. They play everything from funk to world music. I also play a lot in the Cairo Jazz Club, which is the music venue in Cairo. People tend to book me a lot because I′m very versatile and I play everything from electro Oriental to house music and techno – except of course music that I don′t really like, such as electro shabby, which is becoming trendy here in Europe. I respect and appreciate it and how it came out of the Egyptian ghetto, but it′s not my cup of tea.

Safi: A few clubs book me to play Orientally influenced tunes from all over the Arab world. Be they house style or hip hop. It′s nice to play genres like glitch hop or ghetto funk that nobody else does in Cairo. Most clubs would book you to play the main stream stuff but there is a way to play underground house music, like Disco Misr. Together with them I have been doing house re-mixes of old popular Egyptian songs. The Oriental house scene is picking up right now.

What kind of music is hot in Cairo clubs at the moment?

Safi: House music. It′s a global thing. DJs are the new rock stars. Everybody wants to be a DJ; everybody heads out to the clubs. Since the revolution, the clubbing scene in Cairo and in Egypt in general has just exploded exponentially. When people felt they were being oppressed, they sort of opened up and said, let′s go out, have fun and party.

Cairo is the mecca of underground music today. 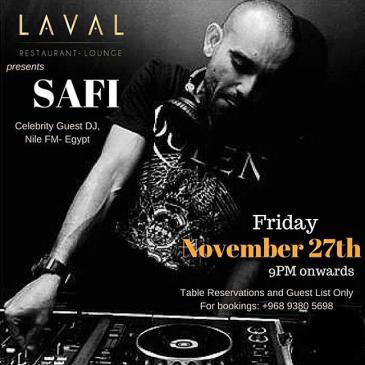 Mohammed Safi is one of Cairo′s top DJs. He regularly plays Arabic underground music on his show with the radio station Nile FM. He recently opened his own studio in an old shipping container in the Red Sea resort of El-Gouna

Safi: Right now there is this virtual club concept. You book a place and say this is where our party is going to be, you don′t stick to one venue. You travel around, supplying different kinds of parties. The virtual club concept is what works best in Cairo at the moment. But Cairo Jazz Club remains the only consistent club, serving up great music for at least the last 15 years. It′s extremely difficult to get a licence, whether it′s to sell alcohol or run a night club.

Are licences too expensive or is it more a problem of the procedure?

Safi: Definitely both. For a club owner it′s apparently much easier and much more profitable to operate illegally than it is to follow the rules. Once you follow the rules there is no end to it. You are literally caught in a downward spiral of bureaucracy. So most people just operate illegally and when the authorities come to check, they bribe the officials and then …. life goes on.

Do the authorities influence the kind of music played?

Safi: Only really when it comes to independent Arabic music. If the vocals are in Arabic and the authorities can tell what′s being said, they try to draw the line somewhere. With house music and most underground electronic music, I don′ t think they have much of a clue of what it is in the first place. To them, it′s just a bunch of kids in a dark room jumping around. Recently though a depressing issue has arisen with the Egyptian Music Syndicate. On paper it′s a union you have to apply to as a musician. But in reality it′s a bit of a monopoly. They monopolise any music being performed anywhere in the country. Be it somebody playing a playlist in a corporate event or a live band performing on stage. They will come and check and they expect to get paid for any music that is played anywhere. Unfortunately they have recently been given the judicial rights to arrest people, e.g. if a DJ lacks the proper paperwork. Instead of imposing a fine they can literally arrest you. A Moroccan band was banned from performing because the Music Syndicate didn′t like the lyrics.

You mean, they arrest a whole band just because they don′t like the lyrics?

Safi: Of course they would never openly admit it like that. They′ll always say a band has been arrested because they lacked the proper paperwork. That′s being used as leverage at the moment, as a means of controlling what sort of music is happening at the moment. After the Egyptian revolution, independent music just exploded. There are bands and artists everywhere. For the first two or three years after the revolution everyone felt free to say and express what they felt in music.

Safi: Unfortunately that has died down a bit. There is an Egyptian saying: if you hit a dog that is tied up, the free-roaming dogs will become fearful. That′s the mentality we have right now. They are trying to clamp down on the kind of music and the message that is being delivered. If the music is against the system you are treading a very thin line. If you are talking about cosy aspects of daily life, that′s fine.

Safi: These days, if your lyrics criticise the government, if you say something against the president or the army which is punishable by law, then of course the government will clamp down on it. Many independent bands like the folk rock bands, bands like Cairokee or Sharmoofers have lots of criticism in their lyrics. Cairokee especially are very critical but they use their lyrics in a very smart way. The song can have a title saying one thing, but if you read between the lines it′s very critical of life in Egypt. In a way, however, Cairokee are very positive. They always strive to give hope.

When people hear their lyrics do they know what they mean?

Safi: They had a very famous song recently that says: ″Elseka shmael″ (″We are heading left″) لسكة شمال which is a very interesting way of saying that we are not going in the right way. I love the way they use their lyrics. Vocalist and main writer Amir Eid is very smart. He developed their game post-revolution to match what is going on and not to attract any form of criticism. Their music was banned from public radio because they sang songs like ″Isbet makanik″ (كايروكي - اثبت مكانك)  (″Stand your ground″) with regards to the revolution. Their song ″Sout al hurriya″ (″Sound of freedom″) was a post-revolutionary anthem.

Is ″Sout al hurriya″ banned from radio stations these days?

Safi: You will never hear it on public radio. In fact even many private radios choose not play it because they want to avoid any form of backlash from the government. But that said, any Cairokee concert will have at least 5 to 10 000 people singing along to each and every single word. In a time of social media and independent Internet that doesn′t matter any more: the message is going to get out any way. And that′s what the authorities are most afraid of.

Another very popular band is called Sharmoofers. They started out as two guys in a bedroom joking around. Before Sharmoofers stepped on stage for their first-ever performance they had over a quarter million followers on Facebook. Now the band has grown and their music is a kind of world music with lots of Egyptian but also African, Latin and Indian elements.

There have been a couple of incidents recently where female singers and dancers were arrested for indecent dress. The Music Syndicate wants to enforce a dress code.

Safi: At the end of the day it′s part of Middle Eastern culture to be generally decent. But I haven′t heard of any incidents where dress codes were an issue. People aren′t very tolerant of what they would claim to be indecency, but I don′t think there is much about a dress code at all.

Are there female DJs?

Safi: Yes, there is quite a few and they are getting more and more. We worked on a program called „The student DJ competition“ where we targeted people to send their mixes. We give them training sending experts to give them workshops. At least three or four female DJs have come out of that program. You had quite a few nights were venues were capitalizing on this  and sort of selling it as an all-girl female DJ line-up. It′ s definitely become more accessible for female DJs.

Do you think that music is a means for many Egyptians to voice frustration?

Safi: Absolutely. There is a thirst by Egyptian youth for music. For years and years there has been these „Habibi“- songs, but „Sout al hurriya“ made it acceptable for everyone to hear independent music. There was Underground Music before the revolution like Cairokee, but it was a very niche sort of market. Today, I can listen to a song about freedom, about my country. Music like Electro Shabby, which came out of the Egyptian ghetto is  a very legitimate way of expressing your feelings.

The devaluation of the Egyptian pound combined with rising food prices is taking its toll on Egypt. More and more people are slipping into poverty. Karim El-Gawhary reports from ... END_OF_DOCUMENT_TOKEN_TO_BE_REPLACED

Egyptian Sufis have been on the defensive against the country's Islamists for decades. Meanwhile, interest in mysticism is growing among the young members of Cairo’s middle and ... END_OF_DOCUMENT_TOKEN_TO_BE_REPLACED

Abortions are illegal in Egypt unless they are necessary to save a married woman's life. But that doesn't stop local women from having one. Egyptian society needs to acknowledge ... END_OF_DOCUMENT_TOKEN_TO_BE_REPLACED

Food prices doubled, salaries halved, banks restricting withdrawals: Egyptians now have the same problems as the Lebanese. But if things get worse here, the fallout will be far ... END_OF_DOCUMENT_TOKEN_TO_BE_REPLACED

Giessen, Eichsfeld, Kusel, Berlin – cars bearing old German number plates are the latest trend on the streets of Cairo. Many Egyptians regard the discarded plates as chic. What ... END_OF_DOCUMENT_TOKEN_TO_BE_REPLACED

END_OF_DOCUMENT_TOKEN_TO_BE_REPLACED
Social media
and networks
Subscribe to our
newsletter