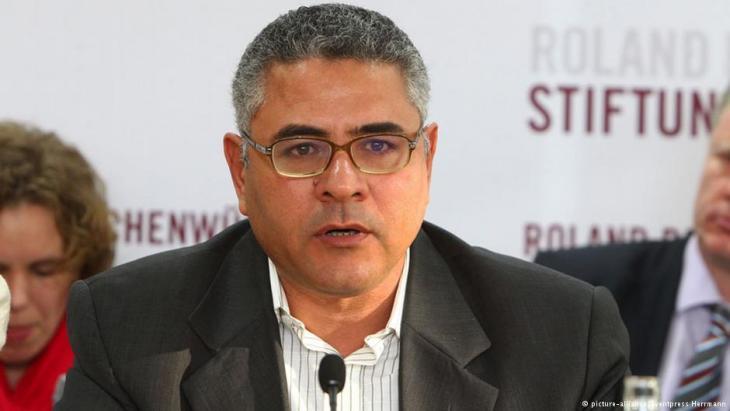 Egyptian security forces have seized the current edition the magazine "Wasla", which is published by the Arab Network for Human Rights Information (ANHRI). In conversation with Abbas Al-Khashali, ANHRI Chairman Gamal Eid explains the potential political fallout of curtailing freedom of expression in Egypt

Were you surprised at the confiscation of "Wasla" magazine, and how do you explain the heavy-handed actions of the security forces?

Gamal Eid: I wasn't really surprised. In view of recent developments in Egypt, we had to expect repressive measures like these. But that it happened so fast, that did surprise us. Generally we can say that the new rulers are intent on dealing a blow to all civil society organisations, because these are critical of the injustice and tyranny that prevail in this nation. The new president apparently wants to silence all critics at the start of his tenure.

Then there is the fact that the security forces are seeking revenge on the Arab Network for Human Rights Information" (ANHRI) for its role in the promotion of democracy in Egypt. 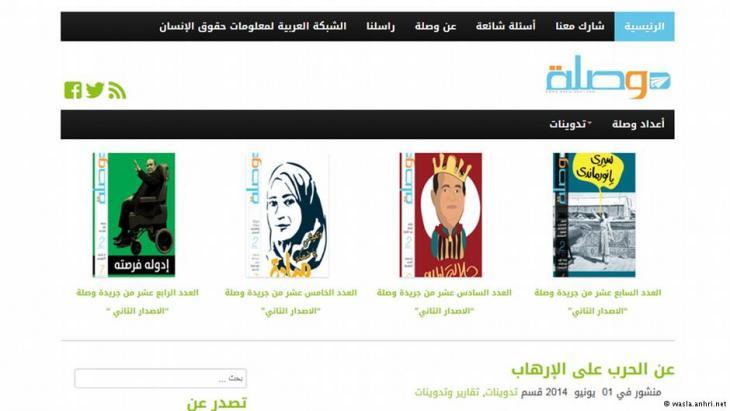 Silencing Egypt's independent press and civil society: although the Egyptian security forces provided many "reasons" for recently confiscating the "Wasla" magazine, none of them were plausible. The magazine has been published by the Arab Network for Human Rights Information (ANHRI) since 2010

Do you think that particular articles in the seized edition of "Wasla" could be one of the reasons for this move?

Eid: "Wasla" magazine, which has been published since 2010, publishes a variety of articles by young writers and activists from all political camps; pieces that were previously available online. We select a number of interesting articles and publish them at irregular intervals in a printed edition, so that they can also be accessed by the older generation, who may not be so Internet-savvy. I think the magazine makes an important contribution to the promotion of inter-generational dialogue in Egypt.

The confiscated edition of "Wasla" contains articles that support neither the Muslim Brotherhood nor the new regime. One example is an analysis of the "Sisi phenomenon" from a sociological perspective. In another article, the author explains why he supports Abdul Fattah al-Sisi.

"Wasla" also publishes articles on other subjects, for example on the subject of "Love on the Internet", Ramadan celebrations or what's been dubbed "ElBaradei fever". So we cover a broad range of political and social issues.

What accusations have been levelled at you exactly?

Eid: The security authorities accused us of not having official permission to publish. But that's wrong, because "Wasla" has been registered with the authorities since 2010.

They also claimed that "Wasla" is involved in plans to overthrow the government, which is totally ridiculous because the seized edition went to press before Sisi took power, not to mention the fact that this particular edition of "Wasla" also contains articles taking a clear position in favour of Sisi as Egypt's new president.

But the most absurd accusation levelled at us by the security forces is that "Wasla" is owned by the Muslim Brotherhood. If you ask me, this is just laughable. All staff at the Arab Network for Human Rights Information are secular and belong to various left-wing or liberal movements.

How do you now plan to fight these restrictions? 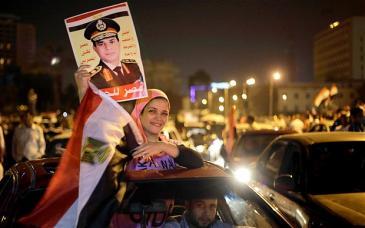 Former Field Marshall Abdul Fattah al-Sisi has been president of Egypt since early June 2014. Even before he took office, critics feared that security forces would crack down on civil society organisations and activists. Since the overthrow of Mohammed Morsi just under a year ago, activists say that over 41,000 people have been arrested

Eid: We'll ensure that state prosecutors receive some back issues of "Wasla", to show that as the voice of our human rights initiative, "Wasla" is a political, but also an independent publication campaigning for press freedom and freedom of expression. We have neither called for the government to be toppled, nor have we worked with the Muslim Brotherhood. There is no substance to these accusations.

Do you view the action against "Wasla" as a clear warning shot for yours and other civil society organisations?

Eid: Yes, absolutely. The security forces' conduct towards "Wasla" is clearly a warning for all human rights organisations doing serious work in Egypt. It is likely that this move could mark the start of a campaign of suppression of civil society by the new Egyptian leadership.

Gamal Eid is a lawyer and human rights activist. He used to be a member of the Kifaya protest movement.

In Doha, Arabs from Morocco, Tunisia, Egypt and Algeria are gathering to celebrate the first ever FIFA World Cup to be held on Arab soil. The criticism from Europe? Over the top, ... END_OF_DOCUMENT_TOKEN_TO_BE_REPLACED

November 2022 sees the Arab world firmly in the spotlight with the COP27 in Egypt and the FIFA World Cup in Qatar. Public trust in MENA governments is weak, thanks to their ... END_OF_DOCUMENT_TOKEN_TO_BE_REPLACED

Palme d’Or winner "Boy from Heaven" is a classic crossover film in which cultural elements are mixed together in haphazard and random fashion. Shady Lewis Botros bemoans the ... END_OF_DOCUMENT_TOKEN_TO_BE_REPLACED

COP27 in Sharm el-Sheikh is turning into a PR disaster for Egypt’s military regime. Instead of praise for the host, the news is full of solidarity for imprisoned activist Alaa ... END_OF_DOCUMENT_TOKEN_TO_BE_REPLACED

END_OF_DOCUMENT_TOKEN_TO_BE_REPLACED
Social media
and networks
Subscribe to our
newsletter