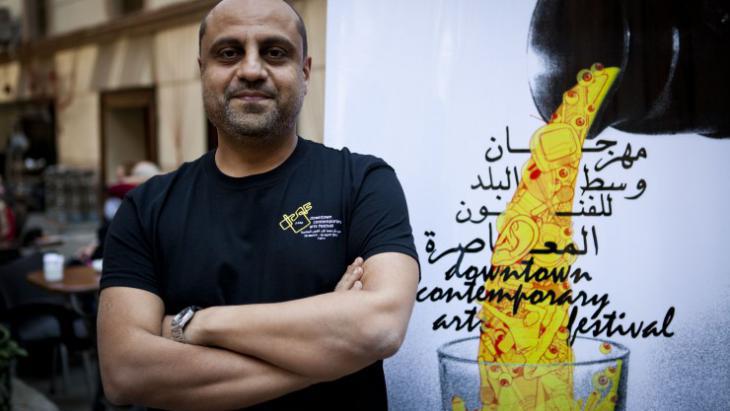 Ahmed el-Attar founded the Studio Emad Eddin Foundation (SEE) in 2005. He is also the artistic director of D-Caf, the director of the Falaki Theatre, a producer, theatre director and playwright. In an interview with Barbara Kaufmann, he talks about the importance of having spaces where the arts can be freely explored and practised, about free theatre and about the appeal of contemporary dance in Egypt

Why did you found the Emad Eddin Studio in 2005?

Ahmed el-Attar: In 2004, I was working on a co-production with the Berliner Festspiele. It was a big project. I had all the financial support I needed, but I was still rehearsing in my apartment. So I thought, if this is what it's like for me – I was probably the only person in Cairo to be co-produced by a renowned festival – how much more difficult must it be for others? So I took matters into my own hands and founded a studio.

What links exist between official, state-sponsored culture and the free cultural scene in Egypt?

El-Attar: The state really does continue to operate as the only legitimate power in the country. Only the private sector is afforded recognition, as though individual players don't even exist – a huge error in my view.

The SEE offers both rehearsal space as well as workshops?

El-Attar: The two are inextricably linked. This is my field, and I have specific ideas about what is needed and I see where the shortfalls are. Providing a space is essential, but it's equally important to train people. The studio is open to all, anyone can come and work here, on a play, a dance show, a film…

The SEE concept is international in its orientation...

El-Attar: Yes, because we felt that in Egypt, the performing arts are limping quite far behind the international scene. We want to convey this international expertise. Of course, there are some very good people in Egypt too, and we also want to work with them. 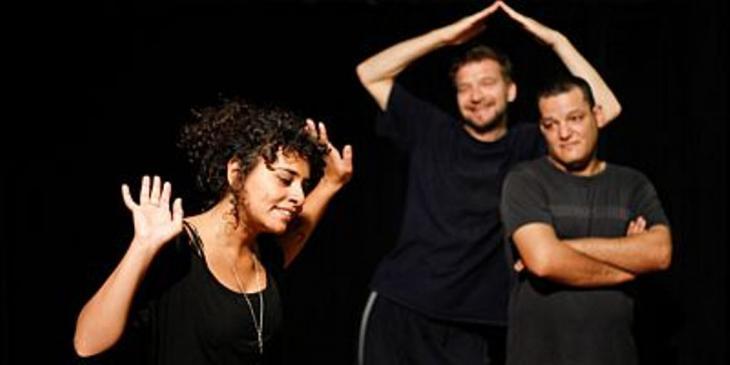 Creating a mental free space from which everyone can benefit in equal measure: the Studio Emad Eddin. "Art changes thought in the long term, because it works in a much more subtle way than politics, for example. After all, as soon as someone opens the door, even if it's just for a brief moment, light enters the room and that changes everything," says Ahmed el-Attar

What do you mean when you say "limping far behind"?

El-Attar: Things are pretty bleak here in both the official and private theatre sectors. Productions at the Cairo Opera and state theatres are terrible, and private theatre no longer exists. It all started in the 1970s: at some point, people stopped going to the theatre because the quality of the productions had taken a nosedive. But once quality returns to the stage, so too will the audiences.

But there appears to be plenty happening in the world of contemporary dance. January saw the fifth edition of the 2Bcontinued Festival produced by SEE. There is also the International Dance Night as well as the Nassim al-Raqs Dance Festival…

El-Attar: Yes that's right. The first productions were put on from the early to mid-1990s. Karima Mansour, Karim el-Tonsi ... And things quickly gained momentum, because unlike the theatre, young people found contemporary dance to be a very free art form that was unencumbered by tradition. This was very appealing, for both dancers and audiences.

Have the past three years changed dance and theatre in Egypt?

El-Attar: In the independent sector, everything is as it was before, because culture isn't even on the agenda. There is minimally more freedom, because no one is really paying any attention at the moment, but it doesn't necessarily have to stay that way ... Of course the events of the past three years have found some resonance in art, but I think it's naïve to think that because there was a revolution, that art has to be inspired by it the very next year. Everyone is doing something on the revolution, but that's politicised art. It takes time to process and comprehend such huge upheaval.

What is SEE's greatest success?

El-Attar: The studio is more than just a physical space. It is mental free space from which everyone can benefit in equal measure, regardless of who they are. People feel at home here. I believe that's the studio's greatest success. This is about filling people with enthusiasm. I know that D-Caf enthuses and inspires people, as does the Falaki Theatre. And that's because they have a programme that begins punctually and runs like clockwork. That's a great experience for the audience.

There are an incredible amount of things happening in the cultural sector, and not just since the revolution. Yes, things have changed in the popular mindset. Art changes thought in the long term, because it works in a much more subtle way than politics, for example. After all, as soon as someone opens the door, even if it's just for a brief moment, light enters the room and that changes everything…especially in closed societies. It's like shutting rats up in a box and then opening that box momentarily to allow the light in. Even if that box is then immediately closed, the rats will always remember this light. We're a little bit like rats….in some respects.

They’ve already got the Louvre; they’ll soon have a Guggenheim Museum as well – and now the Emirates have added literature to their quest for cultural supremacy in the Arab world ... END_OF_DOCUMENT_TOKEN_TO_BE_REPLACED

Years in the making, Sisi's elite New Administrative Capital will isolate most Egyptians from their centres of government in an effort to fortify the regime against any social ... END_OF_DOCUMENT_TOKEN_TO_BE_REPLACED

Professor Timothy Brennan's "Places of Mind: A Life of Edward Said" is a detailed biography of one of the most important intellectuals of the twentieth century, taking us on a ... END_OF_DOCUMENT_TOKEN_TO_BE_REPLACED

China has long portrayed itself as a strong supporter of the Palestinian cause. It has also claimed that in sharp contrast to the stance of the USA, its position is based on ... END_OF_DOCUMENT_TOKEN_TO_BE_REPLACED

Recep Tayyip Erdogan, disappointed by the European Union’s reluctance to integrate Turkey into its ranks, has re-directed his country’s diplomacy toward the Maghreb and Africa to ... END_OF_DOCUMENT_TOKEN_TO_BE_REPLACED

END_OF_DOCUMENT_TOKEN_TO_BE_REPLACED
Social media
and networks
Subscribe to our
newsletter