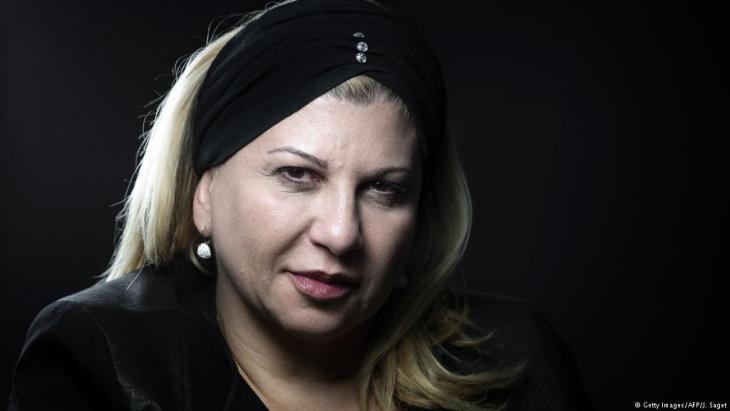 The French anthropologist Dounia Bouzar knows how Islamic State members win over young people for their cause. Her novel, published in German as "Djihad, mon ami" follows one young woman′s radicalisation

What role does the Internet play in recruiting terrorists?

Dounia Bouzar: It allows you to reach more people more quickly. The recruiters used to get in touch with young people on Facebook, but that platform is dead to IS now. These days they prefer to talk to their victims on Twitter. Ultimately the young people meet up with groups who continue to work on them.

How do IS recruiters find these young people on the Internet?

Bouzar: Some researchers – and I′m one of them – believe they use software that helps them find young people on social networks using keyword searches. An IS organigram has also surfaced that shows various ways of contacting people in each country.

On top of this, they have communications agencies that analyse the political situation in specific countries. They find out which politicians have promised something they haven′t delivered. The recruiters use these failings to spread doubts about the system.

In your book, "Djihad, mon ami", you describe how a young woman becomes a "machine who has lost her heart and her brain". How do the IS recruiters achieve that?

Bouzar: They target each young person individually. Their mission is to become that person′s best friend and then use their online chats to find out where their weaknesses lie. The recruiters present themselves in a way that fits the person they′re targeting, as a teacher or a seducer, for example. 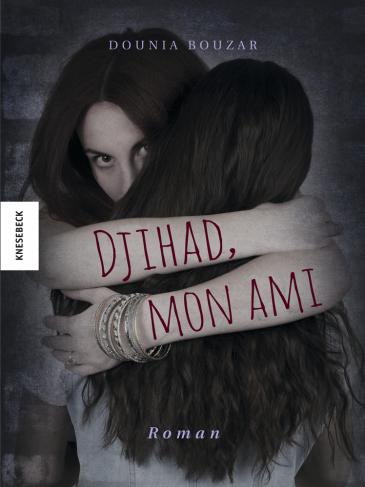 Rehabilitation not otracisation: ″their feelings are similar to those of people who′ve been bullied. They think they′ve been exploited. As victims they start off with a bad conscience and feelings of guilt and they carry those around with them for the rest of their lives. If they′re ostracised, they will become isolated in the long term, have little self-confidence and suffer from depression,″ says Bouzar

They also post videos online that anyone can see. But these videos speak deliberately to the young person′s fears and are therefore used as a weapon. With some people they also work with past trauma, or they tempt young men by offering them power.

In practical terms, what is the process by which IS radicalises young people?

Bouzar: There are four stages. The first task is to isolate the young person from the people around them by creating fear and doubt in their mind.

Then their personality is destroyed, again using fear and an affiliation with IS is created. They′re taught to question everything and to see IS as salvation from the West′s brainwashing.

The third step is to make these young people into active agents: they are offered a mission to carry out with IS in Syria.

And lastly, they are dehumanised, until they no longer have any feelings: all people outside IS are declared to be enemies who must be killed. The new members are told not to see their victims as people, but as collateral damage incurred along the path to the world′s salvation.

What are the warning signs that a young person is becoming radicalised?

Bouzar: Young people start cutting themselves off from their friends and stop pursuing their hobbies. They turn against school and say things like, "I don′t want to be lied to by the teachers anymore."

In the final stage, they reject their parents. And while all this is going on, the young people are spending all their time in front of the computer. The recruiters tell them they have to reject everything western, like food and clothes. And that makes them isolated.

But how do these young people become attackers?

Bouzar: The recruiters make them live in fear and explain that the only help for them is divine law. The brainwashing is so effective that the young people completely embrace the ideology. IS offers them substitute visions to serve as the solution to all the world′s problems. But these visions are false: they lead young people to their deaths. The willingness to kill themselves therefore almost always comes from the young person themselves. They see it as their contribution to saving the world.

Are there certain groups that are vulnerable to the recruiters?

Bouzar: No, the only common factor is that these people are aged between 15 and 30. We still have this false idea that only Muslims become radicalised. But that′s wrong. Only half of people that have been radicalised were Muslims. These young people come from every layer of society – and 50 percent of them are female.

How do you de-radicalise someone once this has happened to them?

Bouzar: You won′t get through to these young people with lectures or information, so we use emotions. The parents of the people who have been radicalised do two thirds of the work. They use childhood memories to reawaken their children′s emotions. It might be a song the mother used to listen to while she was cleaning, or memories of a holiday. In order to destroy the IS ideology, the returnee has to recognise the discrepancy that exists between the recruiter′s visions and reality.

What happens to these young people when they no longer pose a threat? Do they re-join society?

Bouzar: That depends on the political situation. If the young people are stigmatised by society and politicians, it won′t work. Their feelings are similar to those of people who′ve been bullied. They think they′ve been exploited. As victims they start off with a bad conscience and feelings of guilt and they carry those around with them for the rest of their lives. If they′re ostracised, they will become isolated in the long term, have little self-confidence and suffer from depression. It takes a very long time for them to recover.

Does your work put you in danger personally?

Bouzar: I′ve been under police protection for a long time now and I currently have a bodyguard with me at all times. IS has found me twice.

Home
Print
Newsletter
More on this topic
The psychology of radicalisation: Lego IslamInterview with French extremism researcher Olivier Roy: ″Radicalisation is not the result of failed integration″Preventing Islamism in Belgium: Robbing the jihadists of their advantageAn appeal to Muslims: Call out the terrorists!
Related Topics
'Islamic State' | IS, International terrorism, Islamophobia, Jihad, Jihadism | Jihadists, Radicalisation
All Topics

The catastrophic human rights situation in Bahrain is being largely ignored by the rest of the world. Despite all the damning evidence, which includes a Human Rights Watch report ... END_OF_DOCUMENT_TOKEN_TO_BE_REPLACED

The many terrorist attacks France has faced over the last ten years have poisoned the political discourse, especially when it comes to migration. Since 2012 a relentless stream of ... END_OF_DOCUMENT_TOKEN_TO_BE_REPLACED

Etel Adnan, the artist who transcended the borders of culture and language, may have died in Paris, writes Lebanese author Elias Khoury, yet her death holds a mirror up to the ... END_OF_DOCUMENT_TOKEN_TO_BE_REPLACED

Shot, beaten to death or drowned: a demonstration by tens of thousands of Algerians ended in the "Paris Massacre" on 17 October 1961. Sixty years on, historians and victims' ... END_OF_DOCUMENT_TOKEN_TO_BE_REPLACED

Western states have fought against terrorism not only in Afghanistan, but also in Syria and Iraq – leaving behind people who were once their partners in fear and poverty. Hisham A ... END_OF_DOCUMENT_TOKEN_TO_BE_REPLACED

Newly discovered aerial photographs taken by the German Luftwaffe show what a keen interest the Germans took in British-controlled Palestine during the Second World War. Not only ... END_OF_DOCUMENT_TOKEN_TO_BE_REPLACED
Date:
Mail:
Send via mail

END_OF_DOCUMENT_TOKEN_TO_BE_REPLACED
Social media
and networks
Subscribe to our
newsletter