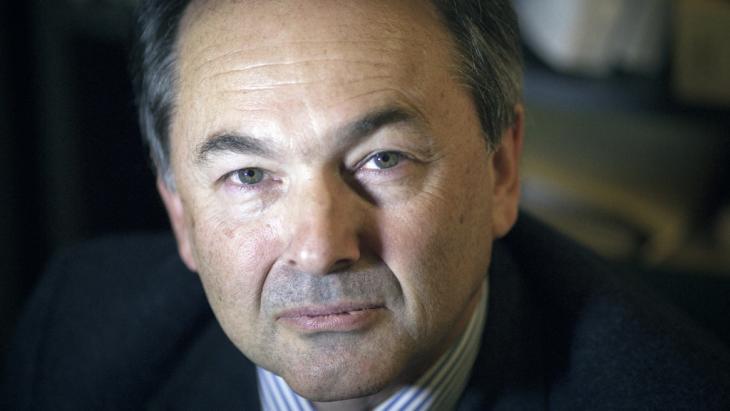 For three decades now, the renowned French sociologist and political scientist Gilles Kepel has been monitoring the development of Muslim societies. He sees a close connection between the developments in the French suburbs and the events in the Arab world. Beat Stauffer spoke to him in Paris

"Passion" is a central term in both your new works on French Muslims and events in the Arab world. What do you mean when you use this term?

Gilles Kepel: The expression is deliberately ambiguous. It refers to the passion for France, but also to the suffering of France – a nation in the midst of a profound identity crisis, like Europe as a whole. But this crisis is especially pronounced in France, because the legendary principle on which the Republic is founded is that of the separation of church and state. Unlike most of its neighbours, France has always insisted on confining religion to the private sphere. Now, the call for a specific Islamic identity currently being made by certain exponents is challenging this system.

In "Passion française" you write that something new is happening in France, something unprecedented ...

Kepel: For the first time, people with roots in the Maghreb are getting involved in politics. To understand the significance of this development, we need to go back to the year 1983. This was the year of the big march for equality and against exclusion. A group of mostly French-Algerian beurs, as they still called themselves at the time, marched from Marseille to Roubaix in the very north of the country and then to Paris, where they presented their concerns to President Mitterrand. The "Beurs' March" made few political waves because it was completely absorbed by Mitterrand. As a consequence, young people with roots in the Maghreb turned primarily to associations, clubs and religious networks, or fell victim to drug addiction.

Kepel: Yes, exactly. It wasn't until these rebellions in the "estates" took place that a genuine politicisation occurred: for the first time, young French-Maghrebis were standing for election. As a result, the first deputies with Maghrebi roots were elected in the 2008 local elections. And in 2012, they were also taking part in elections to the national parliament for the first time. We carried out a detailed survey of these candidates with a team of researchers from the Institut Montaigne. 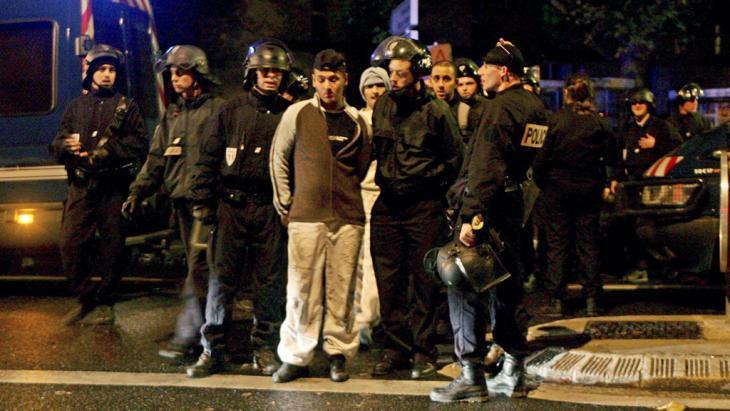 Social protest that triggered political participation: "It wasn't until these rebellions in the 'estates' took place that a genuine politicisation occurred: for the first time, young French-Maghrebis were standing for election. As a result, the first deputies with Maghrebi roots were elected in the 2008 local elections," says sociologist and political scientist Gilles Kepel

What was the aim of this survey?

Kepel: Our chief concern was to find out how these candidates think. For the purposes of the book, we concentrated on 70 people from the cities of Marseille, Roubaix and Tourcoing. These are cities with high unemployment and large Muslim populations. The results astonished even us: for example how questions connected with identity, social exclusion and secularism are dealt with in these neighbourhoods.

Just one of the astonishing things is that descendants of former FLN fighters are standing for elections to the parliament of the French Republic.

Kepel: Yes, that's right. Candidates in Marseille explained to me that they were descended from families of Algerian freedom fighters, from mujahideen, and that their mothers once collected money to finance the struggle against France. They don't see this as a contradiction.

What is confusing is that a small number of Muslims even voted for candidates representing the National Front. What's the explanation for this?

Kepel: All the evidence points to the fact that in the course of the debate over gay marriage, the extreme right found common ground with a certain number of young people of Maghrebi origin. That's astonishing because Marine Le Pen is always talking about fighting against the Islamisation of France. I think both indigenous French youngsters and young people with a migrant background suffer from exclusion.

But overall, the growing political participation of young people with a migrant background  is a positive development, is it not?

Kepel: Absolutely. It's always good when social conflicts are addressed in this manner, using democratic means and not violence. It does, however, raise the question as to whether fundamental policies – for example the "Republic's secular pact" – will continue to be respected or whether the new players will want to amend these precepts in the long-term. That question remains open at present.

In your book you also outline developments that are, in a certain sense, completely contrary to what you have just described, e.g. the huge increase in the number of halal butchers, mosques and women wearing full veils in the relevant districts and suburbs.

Kepel: Correct. The past few years have seen a marked increase in defining features of Islamic life and identity, as well as an increase in communitarian demands. This is new. 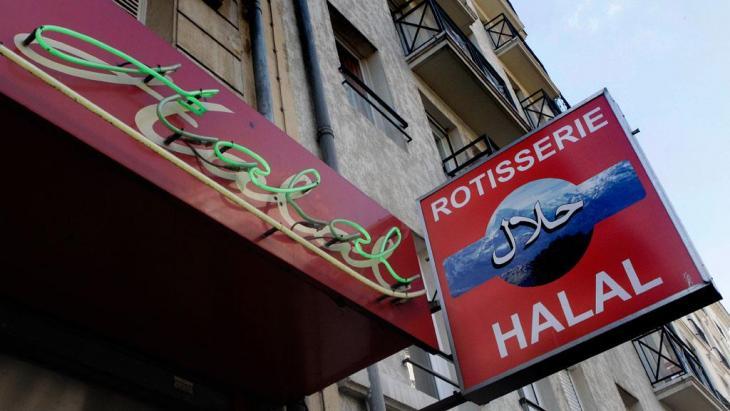 According to Gilles Kepel, "the mutual permeation of and dependence on western Europe and the southern and eastern corners of the Mediterranean has now become very strong", a fact illustrated by a "war" between Salafists and members of the Muslim Brotherhood over the halal food business in French suburbs. Pictured here: a halal butcher shop in Paris

Do these represent two completely different behavioural options for young residents of the suburbs?

Kepel: They are indeed phenomena that are occurring in parallel. Sometimes they also overlap. I've met candidates who are politically active but are very religious at the same time.

Obviously, it is above all the Salafists who have massively consolidated their presence in the suburbs in recent years.

Kepel: That's right. As far as numbers are concerned, the Salafists have, up to now, only been a small minority, but they're setting standards, above all on the Internet. They are unmistakably expressing a break with the values of French society and calling for a total withdrawal from the public life of western nations. But they often behave inconsistently: for example, again and again I meet Salafists who have applied for social housing.

What I find very disconcerting is that some Saudi-Salafist imams have mobilised their supporters to take part in the jihad in Syria. These imams not only called for the eradication of all "infidels" in Syria, but also for the destruction of "godless France". The return of these jihadists from Syria is likely to cause huge problems.

Let's turn now to your second book, "Passion arabe", which you published about a year ago. It's a kind of travel journal from all the countries where there were uprisings and revolutions after 2011. You want both books to be seen together as a "diptych". Why? What's the close connection between the two subjects?

Kepel: The mutual permeation of and dependence on western Europe and the southern and eastern corners of the Mediterranean has now become very strong. The case of the jihadists is an example of this. But also the battle for influence between Saudi Arabia and Qatar is impacting on the French suburbs, where it is making itself felt in the form of a "war" between Salafists and members of the Muslim Brotherhood over the halal food business.

But isn't the actual situation in Europe and the Maghreb states very different?

Kepel: Yes, of course. However, particularly in Tunisia, which has a bi-cultural, Arab-French middle class, one can see that the establishment of democratic institutions is making the best progress, relatively speaking. This is in total contrast to the catastrophic situations in the other Arab countries where uprisings took place. At the same time, there is a strong sense that people want democracy and freedom. 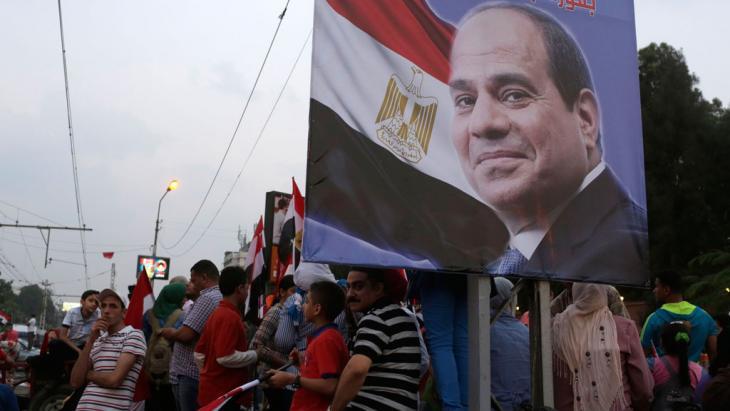 A renewed yearning for an authoritarian leader after the upheaval of the Arab Spring? Gilles Kepel feels that this could indeed be the case: "A kind of general process of 'Putinisation' can be ascertained in Arab nations. When I was in Egypt recently, I observed a strong feeling of resentment towards the West, which always casts itself in the role of the teacher."

In the light of the experiences of the Arab Spring thus far, some observers have expressed doubts that these societies are capable of democratisation. It appears that the strong, authoritarian, ruthless leader is coming back into fashion again. How do you interpret this phenomenon? Are these old reflexes preventing profound change within Arab societies?

Kepel: A kind of general process of "Putinisation" can be ascertained in Arab nations. When I was in Egypt recently, I observed a strong feeling of resentment towards the West, which always casts itself in the role of the teacher. Correspondingly, people said to me that we Europeans hadn't noticed that the Egyptians had done the "dirty work" of putting the Muslim Brotherhood out of action, and that this was also in our interest, but instead of thanking them, we were accusing them of being undemocratic.

What do you conclude from this?

Kepel: We are in a situation where the desire for revolutionary change can only find political fulfilment if it has been preceded by social change. The particular difference between the Iranian Revolution and the Arab rebellions is that in the Arab world, there has been no real change in the distribution of social wealth, property and capital.

You are exceedingly cautious when it comes to voicing theories about the Arab rebellions.

Kepel: Yes, that's right. That's why I chose to write "Passion arabe" in the form of a travel journal. Some writers produced books that were almost immediately overtaken by events. It's too soon to develop theories; we should instead be trying to understand the events and place them in their social and historical context. This is exactly what I've tried to do. I'm interpreting the events in the light of more than 30 years of experience in the region.

Did Europe perhaps take a rather too romantic view of the Arab rebellions?

Kepel: Yes. Many people in Europe had completely unrealistic expectations of the Arab Spring. Then came the rude awakening. It all seems much too oversimplified to me. This is about the desire for democracy in countries where living standards are very low and the distribution of social wealth is highly unequal, where the judiciary has a very weak basis and despotism dominates. Nevertheless, I believe that changes have been set in motion.

Using a graphic novel to address a contentious issue like the Algerian war of independence may seem an odd choice, but new release "Algeriennes", translated into English by Ivanka ... END_OF_DOCUMENT_TOKEN_TO_BE_REPLACED

Since February 2019, millions of Algerians have been demonstrating against the government. They first took to the streets to demand more democracy and protest the renewed ... END_OF_DOCUMENT_TOKEN_TO_BE_REPLACED

The Algerian state's insufficient response to a recent spate of femicides has driven hundreds of women to defy coronavirus lockdown restrictions to take part in street protests, ... END_OF_DOCUMENT_TOKEN_TO_BE_REPLACED

EU parliamentarian Dietmar Koester criticises the Union's failure to speak up when faced with human rights abuses committed by its Middle Eastern allies, while pointing out that ... END_OF_DOCUMENT_TOKEN_TO_BE_REPLACED

On the 10th anniversary of the Arab Spring we can’t quite escape that substance called remembrance. Yet, eschewing facile modes of nostalgic remembrance and/or tragic lamentation ... END_OF_DOCUMENT_TOKEN_TO_BE_REPLACED

In her third and most recent novel, Paris-based Algerian author Kaouther Adimi writes almost prophetically about a rebellion by a handful of children against the rigid and ... END_OF_DOCUMENT_TOKEN_TO_BE_REPLACED
Author:
Beat Stauffer
Date:
Mail:
Send via mail

END_OF_DOCUMENT_TOKEN_TO_BE_REPLACED
Social media
and networks
Subscribe to our
newsletter