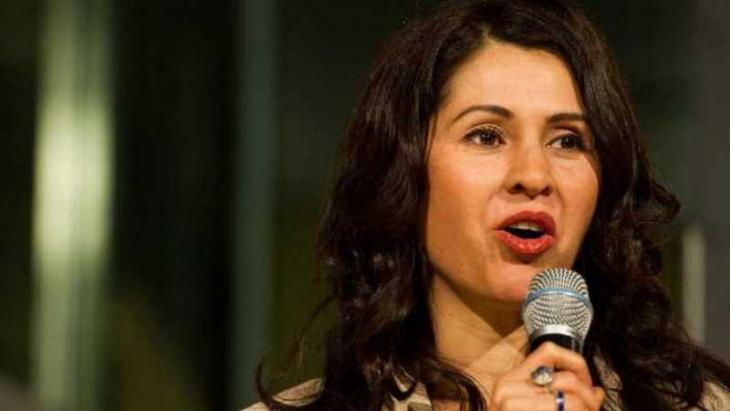 Since seizing power in mid-2021, the Taliban have continued to restrict the rights of Afghan women and girls. At the end of 2022, they banned women from attending higher education ... END_OF_DOCUMENT_TOKEN_TO_BE_REPLACED

Since returning to power in Afghanistan, the Taliban have steadily eroded the rights and opportunities of women and girls, particularly their access to education. But Afghans are ... END_OF_DOCUMENT_TOKEN_TO_BE_REPLACED

German imams have publicly expressed their solidarity with the women of Afghanistan. In a letter of protest, the clerics say that the Taliban regime's decree barring women from ... END_OF_DOCUMENT_TOKEN_TO_BE_REPLACED

At the end of every year, the team at Qantara.de gives you a run-down of the ten most-read articles on the site over the past 12 months. Here is a quick overview of the stories ... END_OF_DOCUMENT_TOKEN_TO_BE_REPLACED

The "Weiter Schreiben" (Keep Writing) project promotes literature from war-torn and crisis-stricken regions and has, most recently, shone its spotlight on Afghanistan. Afghan ... END_OF_DOCUMENT_TOKEN_TO_BE_REPLACED

The Islamic Republic has been unable to quell the civil unrest that erupted three months ago, after Mahsa Amini died after being detained for violating hijab rules. Now the ... END_OF_DOCUMENT_TOKEN_TO_BE_REPLACED
Author:
Felix Koltermann
Date:
Mail:
Send via mail

END_OF_DOCUMENT_TOKEN_TO_BE_REPLACED
Social media
and networks
Subscribe to our
newsletter