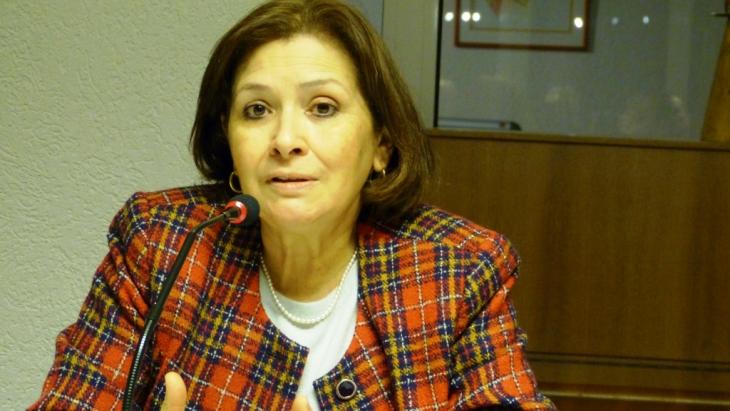 Following agreement over the new constitution and the installation of a caretaker government of technocrats, new political tensions have emerged in Tunisia with respect to electoral law. Do you think elections might be delayed as a result?

Sihem Bensedrine: When political opponents were able to agree on the government of technocrats after months of wrangling, Tunisians breathed a sigh of relief. Unfortunately what I sense today is that certain sides want to exert their influence on this government. Attempts by the quartet to impose a kind of custodianship over this government give me an uneasy feeling. [The Quartet for National Dialogue consists of the Tunisian Federation of Trade Unions (UGTT), the Tunisian Employers' Association (UTICA), the Tunisian Human Rights League (LTDH) and the Bar Association – ed.].

We must first give this government the chance to work, in order to then be able to judge the results. We should not be dictating any specific political guidelines. Otherwise, the political parties will all start accusing each other of trying to hinder or influence the government. Surely the pressure being put on the government by the various divergent parties is enough? Do we also need additional pressure from the mediator for national dialogue, whenever this body tries to assert itself as a custodian? The situation is highly confused at the moment.

In what way is pressure being exerted on the government at present?

Bensedrine: The pressure is obvious. Some are threatening the government with strikes unless several appointments are revoked. One would expect that this government, which is the result of a national consensus, would be given some breathing space to enable it to work under peaceful conditions during this short transitional period. Others are threatening to hinder election preparations if their demands are not met. This is wrong and serves to highlight the egotism of the parties at the expense of the nation, the interests of which are thereby pushed into the background. 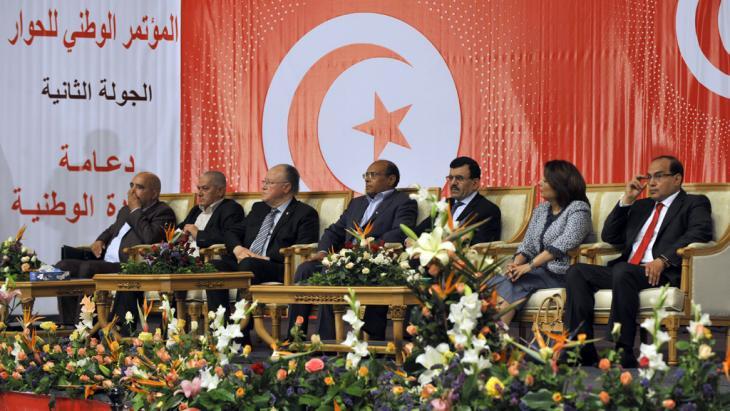 Platform for a democratic Tunisia: the roadmap for national dialogue included milestones such as the formation of an interim cabinet, the adoption of a new constitution, reform of electoral law, and the launch of fresh elections

Could the differences in the way supporters of the old regime are dealt with, something that was formulated in Tunisia's Law for the Protection of the Revolution, result in an impediment to transitional justice and therefore to the entire process of democratic change?

I believe the deferral of this question is costing all Tunisians dear. Social conflicts have increased and reactions to them have sometimes been violent. In order to defuse these tensions and create a calmer climate, we need public clarification and accountability, but not behind the scenes. What we need is genuine national reconciliation where the past is dealt with on a judicial basis. The postponement of this process has impacted negatively on Tunisia's political development.

Luckily, the constituent assembly has already passed a law enabling the transitional justice process to function: the bill to create the Truth and Dignity Commission. Unfortunately the formation of this commission is still being overshadowed by major political tensions. On the side of civil society organisations involved in the work of the commission, there are concerns that instead of displaying the criteria of integrity, independence, impartiality and competence as stipulated by the law, the commission will just be about political manoeuvring and quota allocations.

We can only hope that in the end, qualities such as independence and integrity will still gain the upper hand so that this commission does not miss its political target before it has even started work.

Some observers blame concessions made by Ennahda when it was still in government for the return of old networks of the Ben Ali regime through what is known as the "deep state" or through other interest groups. Do you hold a similar view?

Bensedrine: I hold the troika and not just Ennahda responsible for having neglected the process of transitional justice. It might well be the case that they hoped this would consolidate their power. After all, following their election on 23 October 2011, they did not feel they were in a position to be able to lead the nation because remnants of the old regime still had a firm grip on the administration.

By this I mean that things did not turn out as they expected. The civilian population has had to pay a high price for this. That's why I hope that they have learned from this experience, because in the future too, they will have influence on the constituent assembly, and thereby on the politics of the nation. 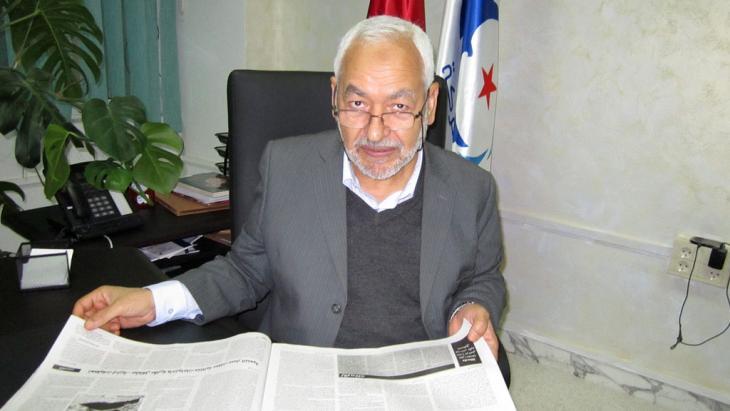 Political observers assume that an alliance could arise between the Islamist Ennahda and the Nidaa Tunis, which is led by the former Prime Minister Beji Caid El Sebsi. How would such an alliance respond to the demands of the revolution and the new transitional justice system?

Bensedrine: Unfortunately these two poles dominate the Tunisian political landscape. An alliance of this nature would certainly be detrimental to the democratic development of Tunisia. The logic of such a political polarisation either leads to transient allegiances or dominance by one of the two parties – and eventually, most likely to the monopolisation of power. For that reason, these parties must be warned against the dangers of such alliances because such a development would call the entire multi-party system into question, which is in turn a fundamental democratic principle.

In your view, which is the greater challenge for the democratic transitional process in Tunisia: consolidating the economy or improving the nation's security situation?

Bensedrine: In an unstable state, the democratic order is also threatened. Violence is the enemy of democracy. In the shadow of violence, free elections cannot take place, and democratic institutions cannot be established in the country.

It is a sad fact that the question of security is also causing fresh tensions between the political parties, and this means that they are no longer fulfilling their political brief. At present, all parties without exception are haggling over national security issues and putting their political interests before the common good. But I still have hope that we can overcome this problem.

Although I blame many parties for the security situation, I accuse first and foremost the old henchmen of the Ben Ali security apparatus of continued involvement in efforts to destabilise the country.

In the early 1980s, Sihem Bensedrine was one of the leading figures of the Tunisian women's movement. From 1985 to 1994, she served on the executive board of the Tunisian League for Human Rights. In the late 1990s, she founded the National Council for Freedom together with other human rights activists. As a figurehead of the resistance against the Ben Ali dictatorship, she was subjected to all manner of repressive measures. She was detained in 2001 following publications on corruption and torture. In 2002, she received the Johann Philipp Palm Prize for Media Freedom and Freedom of Speech. Following the Jasmine Revolution of early 2011, she returned from exile to Tunisia to help establish a democratic state. In the autumn of 2011, she received the Ibn Rushd Prize for Freedom of Thought, which is awarded for services to democracy and freedom of speech in the Islamic world.

Home
Print
Newsletter
More on this topic
Interview with Amel Grami: Political Stagnation in the Cradle of the Arab SpringInterview with Sihem Bensedrine: "The EU is an Accomplice of this Criminal Regime"Social Unrest in Tunisia: "We Have a Right to Work, You Robbers!"
Related Topics
Arab Spring, Arabellion, Democracy and civil society, Ennahda movement, Rachid Ghannouchi, Tunisian Revolution, Women in the Islamic world, Zine el-Abidine Ben Ali
All Topics

How is one to convey the history of Islamic images of Muhammad freed from today’s polarised politics? What are the challenges and pinch points of this particular academic ... END_OF_DOCUMENT_TOKEN_TO_BE_REPLACED

A Tunisian farmer attaches a machine to a cow's udder and sets the pump whirring, but he only expects to fetch less than half the normal amount of milk amid soaring fodder prices END_OF_DOCUMENT_TOKEN_TO_BE_REPLACED

The book "The Invention of the Maghreb: between Africa and the Middle East" prompts us to review basic terminology. This includes terms that we use almost every day as if they are ... END_OF_DOCUMENT_TOKEN_TO_BE_REPLACED

The term "Tuareg" refers to tribes and nomads who speak dialects of Tuareg and live in Targa, an area in south-west Libya recently renamed Wadi Al-Hayat but previously known as ... END_OF_DOCUMENT_TOKEN_TO_BE_REPLACED

Where are the measures to deal with the looming challenges facing the Arab world? In this commentary, Marwan Muasher warns that the region is in grave danger of falling behind ... END_OF_DOCUMENT_TOKEN_TO_BE_REPLACED
Author:
Moncef Slimi
Date:
Mail:
Send via mail

END_OF_DOCUMENT_TOKEN_TO_BE_REPLACED
Social media
and networks
Subscribe to our
newsletter