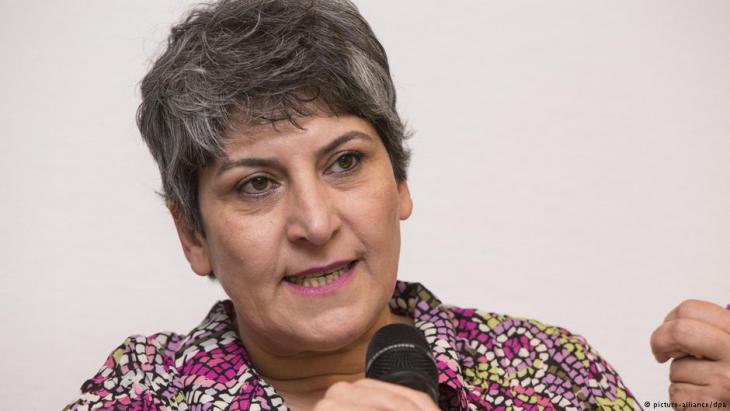 Every year the Iranian artist Parastou Forouhar holds a ceremony in Tehran to commemorate her parents′ murder by the regime. Accused of propaganda against the system, she′s now on trial herself – for artwork that the regime considers "insults the sacred". Interview by Catrin Lorch

Ms Forouhar, you fly to Tehran every autumn to hold a memorial ceremony for your murdered parents. This year, your passport was confiscated as soon as you landed. Were you surprised?

Parastou Forouhar: I might have expected it; I′m being tried in Tehran this year. In the past, I have always had to attend a hearing on entering Iran. Usually at the intelligence ministry, sometimes with other organs that are also part of the security apparatus. They′d try to influence me – I′d be threatened, confronted with allegations I was stirring up counter-revolution.

Yet that was always related to the memorial event for your parents, who were murdered by the regime nearly twenty years ago.

Forouhar: Indeed. My parents were prominent opposition politicians, Dariush and Parvaneh Forouhar. They were dissidents, secular democrats who campaigned for democratic structures in the Shah′s times and then later in the Islamic Republic. They were attacked on 22 November 1998 by 18 officers from the Islamic Republic′s ministry of intelligence, who brutally murdered them. And they were not the only ones: two wonderful writers, two activists, a poet and his son were also murdered at the same time. These crimes became known as the "chain murders". The public felt deeply violated; thousands of people attended my parents′ funeral – the figure reported by the BBC was 25,000. The funeral march turned into a protest for dissident rights. 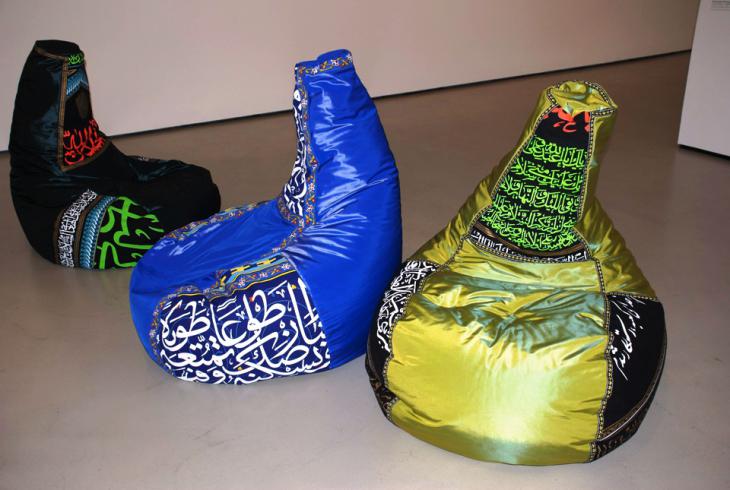 Iranian artist Parastou Forouhar is accustomed to repressive measures – but this year, she′s facing trial over a photo circulating on Instagram and Facebook, showing an artwork from her series "Countdown": a brightly coloured beanbag with a religious banner sewn onto it. A collector took a photo of herself sitting on it, without the artist′s knowledge

In reaction, the reformist government of the time set up an inquiry commission, which actually conceded the murders had taken place. And in January 1999, the intelligence ministry admitted its involvement in the killings in an official statement. Yet it took almost two years of campaigning for a trial to follow on from that declaration. Unfortunately, it was a show trial; only low-ranking officers were sentenced – as lambs to the slaughter. The men who gave the orders, the ideological structures and also the bureaucracy behind the crimes remained unexposed.

Since then, you′ve marked the date of their murders every year – what form does the memorial take?

Forouhar: The event itself has been banned many times. Usually, the police take up position outside my parents′ house and prevent visitors from entering; there have even been blockades. On that day, I′m always inside, basically under temporary house arrest. Last year, for example, no one got through the police lines and I was alone with my uncle and two aunts, who had arrived the previous evening.

Giessen, Eichsfeld, Kusel, Berlin – cars bearing old German number plates are the latest trend on the streets of Cairo. Many Egyptians regard the discarded plates as chic. What ... END_OF_DOCUMENT_TOKEN_TO_BE_REPLACED

Tunisia has been going through a severe economic and political crisis in recent years. More than one in three young people there are unemployed. For many skilled, qualified and ... END_OF_DOCUMENT_TOKEN_TO_BE_REPLACED

German imams have publicly expressed their solidarity with the women of Afghanistan. In a letter of protest, the clerics say that the Taliban regime's decree barring women from ... END_OF_DOCUMENT_TOKEN_TO_BE_REPLACED

At the end of every year, the team at Qantara.de gives you a run-down of the ten most-read articles on the site over the past 12 months. Here is a quick overview of the stories ... END_OF_DOCUMENT_TOKEN_TO_BE_REPLACED

Social engagement is often motivated by religious factors. A new book explores the background to these community efforts and appraises how effective they are in helping to ... END_OF_DOCUMENT_TOKEN_TO_BE_REPLACED

The government in the Netherlands, one of the last European nations to abolish slavery, has made an historic apology. But some feel that there is still a long way to go. By Ella ... END_OF_DOCUMENT_TOKEN_TO_BE_REPLACED
Author:
Catrin Lorch
Date:
Mail:
Send via mail

END_OF_DOCUMENT_TOKEN_TO_BE_REPLACED
Social media
and networks
Subscribe to our
newsletter