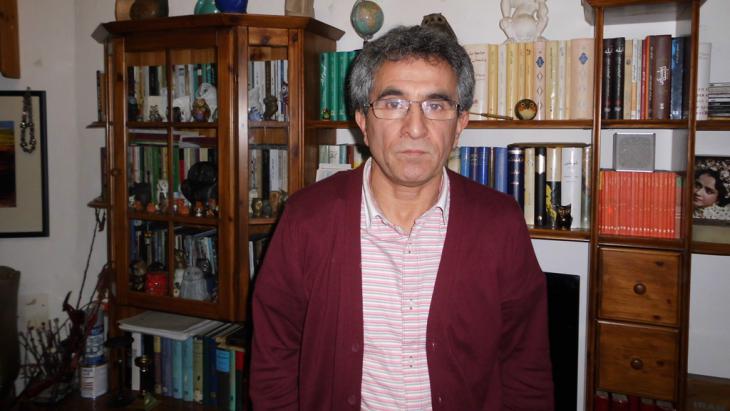 Abbas Maroufi, born in Tehran in 1957, was one of Iran's most respected writers when he was sentenced to prison and a flogging for 'offending the fundamental principles of Islam'. It was only thanks to the intervention of the German PEN Center and the intercession of Gunter Grass that he was able to leave Iran in 1996. He has lived in Germany ever since. Interview by Volker Kaminski

In your novel Fereydun had three sons, your hero Majid is almost compulsive in his habit of looking at old family photos that bring back memories of his past in Iran. Are you ever like this? You have been living in Germany for 20 years now. Do you often dwell on what you left behind?

Abbas Maroufi: Memories very often come back to me and sometimes I write them down. That can happen very spontaneously. For example, someone passing my window can suddenly trigger a memory of someone I used to know. And this one memory can remind me of details that then set me thinking about a whole host of other details. Sometimes I am like the first person narrator in Proust's Recherche.

For him, a madeleine dipped in tea opened the door to his past. For me, it is colours, sounds, or a specific smell. Memories are never linear. The same is true of modern writing, which – unlike the works of Balzac and Flaubert with their single narrative threads – works with fragments. This is like my rather associative narrative style in my novel Fereydun had three sons.

To what extent does your novel reflect the situation you yourself were in when you left Iran? Your hero's life is in ruins. He is an asylum seeker and lives in a psychiatric hospital. To put it bluntly, he is a nervous wreck. At the same time, he is gripped by a yearning to return home. Is this what it was like for you? Did you want to go back home?

Maroufi: A writer's homeland is very important to him. It is a constant source of inspiration for his writing, his daily work. But I couldn't go back; I had been given a prison sentence. It was only thanks to support from outside the country, with the help of the PEN Center, of which I am a member and the personal intercession of Gunter Grass that I was able to leave Iran.

Regarding Majid's state of mind in my novel, it is indeed rather typical: he has not only lost his homeland, he has also lost his job, his social environment. And so he is tortured by 'bad thoughts'. He falls into a depression, feels humiliated and useless. On occasion, he acts aggressively towards the others in the hospital. It is only when he is busy with his daily work that he feels alright. 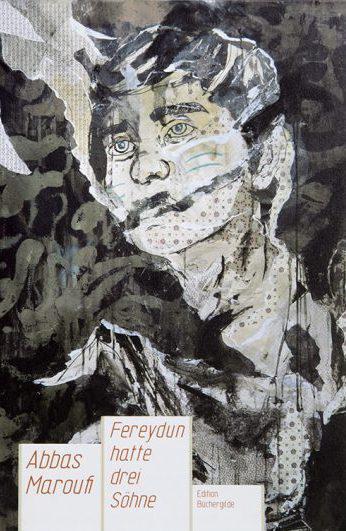 The novel describes events during the Islamic Revolution in 1979 while tracing the narrative of one family: against their father′s will, all four sons of the Amani family end up supporting opposing sides. Abbas Maroufi provides an intricate portrait of this highly dramatic period in Iranian history, mirroring the revolution

Majid lived through the late 1970s, a time of upheaval in Iran: the Shah was deposed, the Islamic Revolution swept through the country and the return of Khomeini changed Iran completely. Majid and his brothers are politically active and clash with the government. You yourself were sentenced to prison and a flogging, which was never carried through as a result of international protests. What were your political objectives back then? Were you initially sympathetic towards the Islamic Revolution?

Maroufi: From the age of 19, I was a member of the Iranian association of writers and worked as a teacher and music manager. I was not politically active; I had only just turned 21 when the Shah was overthrown. Later, I was not allowed to take up a position as head of a Symphony Orchestra. I founded the magazine Gardun (Ladder to Heaven). For five years, I fought for permission to get the magazine published in Iran.

After I got it, I successfully ran the magazine for seven years until the editorial offices were closed down by the government and myself and the magazine's employees were charged with 'Offending the fundamental principles of Islam'. I was lucky; I was allowed to leave the country. Others were not so lucky and paid with their lives.

You now live as a writer in Berlin. Do you have regular contact with writers in Iran? What do they tell you about the omnipresent censorship in the Islamic Republic? Have they come to terms with the draconian measures in place there?

Maroufi: To this day, I am in very regular contact with writers, artists and actors in Iran. Sometimes we are in contact via the Internet; sometimes we meet face to face. Authors and artists regularly visit me at my book shop 'Hedayat' in Berlin. I myself cannot travel to Iran (my sentence has never been quashed) and my new books are still not allowed to be published there. But I am all the more active on behalf of the publishing company, which has so far published about 240 books, most of which are books written by 'banned' authors in Iran.

You also work as a writing teacher and university lecturer. Where do your students come from? Do any of them come from Iran?

Maroufi: Yes, I regularly give courses and workshops, mainly on the Internet. I also work with two assistants who help me in this regard. My students don't only come from Iran; there are also people from other corners of the world such as Nepal, Canada, or the USA. The work means a lot to me because it combines literary knowledge with personal creativity.

State censorship is not the greatest evil facing a writer: self-censorship is the worst, because it hampers the writer's creativity. It can have a terrible effect on writing. It's like having a Stalin in your head. I try to fight it and I advise my students to fight it by writing, for example by answering the question 'What is fear?' Then I get them to take photos on this theme. It's very exciting work!

Fariduddin Attar’s "The Conference of the Birds", one of the seminal works of Islamic mysticism, has recently been published in sumptuously illustrated German translation. It ... END_OF_DOCUMENT_TOKEN_TO_BE_REPLACED

Egyptian authorities have Mada Masr in their sights once again after critical reporting. But the editor of the country's last independent news source is adamant they will continue ... END_OF_DOCUMENT_TOKEN_TO_BE_REPLACED

Like Christianity, Europe's history is one of migration. Both have strong roots in the Orient and in cultures thousands of years old. Cultural historian Bernhard Braun invites us ... END_OF_DOCUMENT_TOKEN_TO_BE_REPLACED

Mohamed Abla is the first visual artist from Egypt to be awarded the Goethe-Institut’s Goethe Medal, Germany’s highest honour in the area of foreign cultural policy. Stefan ... END_OF_DOCUMENT_TOKEN_TO_BE_REPLACED

Bachtyar Ali sends the hero of his latest novel – "Mein Onkel den der Wind mitnahm" – literally flying. Jamshid is so thin after his years as a political prisoner that a gust of ... END_OF_DOCUMENT_TOKEN_TO_BE_REPLACED
Author:
Volker Kaminski
Date:
Mail:
Send via mail

END_OF_DOCUMENT_TOKEN_TO_BE_REPLACED
Social media
and networks
Subscribe to our
newsletter