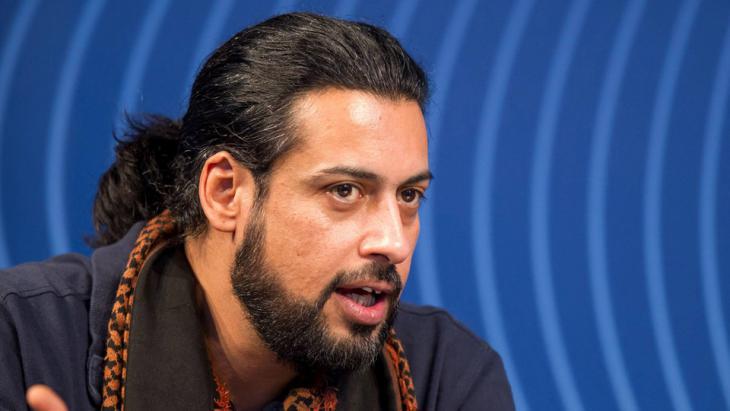 The Iraqi writer Abbas Khider was already living in Germany when war broke out in his home country. In this interview with Abderrahmane Ammar, he talks about why he speaks about those events in the language of his new home country and why he now also writes his books in German

Mr Khider, you have published three novels already. How did you become a writer?

Abbas Khider: I come from a very poor Baghdad family. My parents could neither read nor write. The only books in our house were religious books. I started reading those religious texts at the age of 14 or 15. That way, I actually discovered literature, given that the language of religious texts is often metaphorical. It helped me to read and understand poetry. I thus discovered the world anew. For me, reading was a kind of excursion and refuge. I fled to Germany with Kafka, to Russia with Pushkin and to France with Baudelaire. It was this love of reading that made me write texts of my own.

You say that your parents could neither read nor write. Who supported you in your work?

Khider: My older brothers all studied, but they had no interest whatsoever in literature. I received more support from my sisters. Another person who helped was my brother-in-law, the Iraqi literary critic Salhe Zamel. I read a lot in his library. Salhe Zamel married my sister, and I married his library, so to speak. Thanks to him I discovered a lot of new authors and even got to know many of them personally. That was an important stimulus for my own work.

You were imprisoned in Iraq for political reasons. To what extent did that experience influence your work? 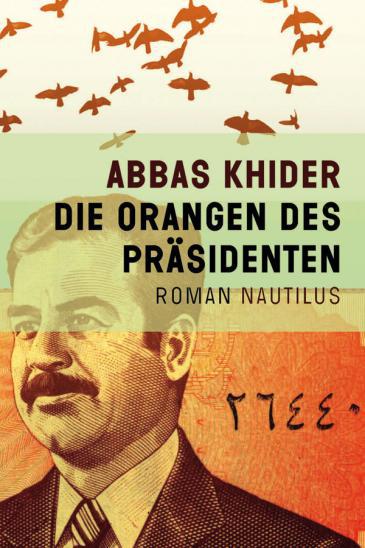 Stories of torture, oppression, and despotic barbarism: "Writing is also an attempt to engage with history, with time and with lies. My profession enables me to go on the offensive," says Abbas Khider

Khider: Even after you are freed from prison, the experience accompanies you everywhere you go. The struggle and the pain continue. Over time, that struggle takes on other dimensions and affects language, religion and literature too. Ultimately, it is a struggle in society against that society. As an author, I would not like to have missed the experience of prison.

Do you regard writing as a kind of therapy for working through what you have experienced?

Khider: No, for me writing is not a therapy, it is much more than that. Writing is a project by means of which I have reshaped, rebuilt my life – in aesthetic terms. Writing is also an attempt to engage with history, with time and with lies. My profession enables me to go on the offensive.

You have been writing many of your works in German since 2006. Why did you opt for German, although it is not your mother tongue?

Khider: Sometimes you live through a phase when you would like to scream, but not a single sound comes out; a phase of tiredness, of exhaustion, when you realise that you need a different language. I was in Germany during the Iraq War. I was very preoccupied with the situation in my country and wanted to say something about it, but somehow I could not do that in Arabic. But German gave me the possibility, and since then it has been my new language. The German language has a long literary tradition. Of course it is difficult to write in German when you don't know what has already been written in that language. I had links both with Arabic and with German. I see an advantage in this mixture, in terms of both content and form.

You directed a workshop at the Goethe-Institut in Cairo in 2014. What was it about?

Khider: I and a number of other authors ran a writing workshop for young people: 108 Egyptians had entered their literary texts in order to participate. In the end we selected eleven participants. We gave them tips and helped them to develop further. I wanted to share with them my experiences as an author who has come under the influence of both Arab and German culture.

What projects are you currently working on?

Khider: I am organising readings in European and non-European countries. What is more, I would like to have the novels I have published in German translated. I am also working on my next book.

Abbas Khider was born in Baghdad on 3 March 1973. At the age of 19, he was arrested because of his political activities. When he was released from jail, he fled Iraq in 1996 and stayed in different countries as an illegal refugee. He has been living in Germany since 2000. He studied literature and philosophy here. His novels "Der falsche Inder" (The Village Indian, 2008), and "Die Orangen des Präsidenten" (Oranges from the President, 2011) have received numerous awards. In February 2013 he published his third novel "Brief in die Auberginenrepublik" (Letter to the Eggplant Republic).

Iranian author Fariba Vafi is adept at describing everyday scenes and concealing within them something ambiguous, in parts strange and grotesque. She writes novels – which have ... END_OF_DOCUMENT_TOKEN_TO_BE_REPLACED

Her grandparents are Jews – born in Tunisia and Algeria. Director Cleo Cohen has now broken the silence about this with a very personal debut. By Nadine Wojcik END_OF_DOCUMENT_TOKEN_TO_BE_REPLACED

Life imprisonment for crimes against humanity: that was the sentence handed down to Anwar Raslan in the world's first trial of a member of the Syrian torture system. Matthias von ... END_OF_DOCUMENT_TOKEN_TO_BE_REPLACED

Every year in December, the team at Qantara.de takes a look back at the articles that proved most popular with our readers. This year is no different. Here is a run-down of the ... END_OF_DOCUMENT_TOKEN_TO_BE_REPLACED

With his new album, "A Voice Keeps Calling Me", the Persian santur player Kioomars Musayyebi is building bridges from Iran across the Arab world to European early music. By Stefan ... END_OF_DOCUMENT_TOKEN_TO_BE_REPLACED

Former lawyer Said Haider has invented a chatbot for those seeking advice on anti-discrimination issues – Meta is the first chatbot of its kind in the world. In conversation with ... END_OF_DOCUMENT_TOKEN_TO_BE_REPLACED
Author:
Abderrahmane Ammar
Date:
Mail:
Send via mail

END_OF_DOCUMENT_TOKEN_TO_BE_REPLACED
Social media
and networks
Subscribe to our
newsletter