Adil Abdul Mahdi is a major player in post-Saddam Iraqi politics. In the following interview with Birgit Svensson, the Iraqi vice President talks about the reasons for the deterioration in the security situation and why it is taking so long to form a government 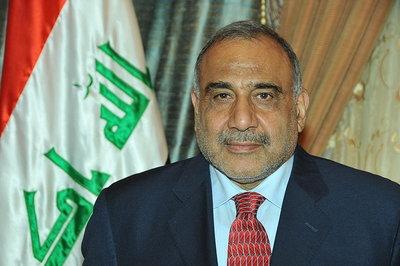 "Compromise and coalitions are unknown here." Adil Abdul Mahdi sees a federal system as offering the only chance for the political stabilisation of Iraq

​​ Iraq has had virtually no effective government now for more than six months. The parliamentary elections on March 7 produced no clear winner among the parties. By a margin of just two seats, the Iraqiya bloc of former premier Ijad Allawi came out just ahead of the State of Law alliance led by current prime minister Nuri al-Maliki. Neither of them can govern alone. The search for suitable coalition partners has, however, proved fruitless thus far. The political scene in Baghdad is dominated by conflict and lethargy. And it is the Iraqi people who are paying the price in a situation where a political vacuum is allowing extremist forces to regroup.

Violence is once more on the increase in Iraq. Radical and extremist elements are gaining ground. Why?

Adil Abdul Mahdi: Recent years have seen a situation where there has been constant attack and counter-attack between the government and the terrorists. Now, although the security situation has improved, the terrorist organizations are still there. However, they are now operating underground rather than in the open as previously when they gained control of some regions, provinces and areas of the cities. We can put this down as a partial victory for the government. The trouble is that the terrorists still see the entire population as legitimate targets. Nevertheless, I am firmly convinced that we will come out on top in the fight against terror.

Do you think, given these circumstances, that the withdrawal of more than half the American troops was a good idea? 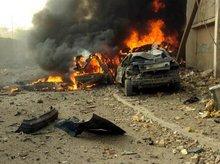 Iraq is still a dangerous place: "Even if the security situation has improved, the terrorist organizations are still there," says Adil Abdul Mahdi

​​ Abdul Mahdi: It is not a question of numbers, more a question of system. The Iraqi security forces are now better able to deal with the security threat. But as far as defending the country against outside enemies is concerned, Iraq is still not ready. The air force remains very underdeveloped. But the Americans will retain some 50,000 men here until 2012 and we will continue to have their support and their intelligence information. They will be ready to intervene should we need them.

The struggle to find a new government has been going on for over six months now. Is this the price that has had to be paid for the Americans having concentrated more on military options rather than the political process?

Abdul Mahdi: Yes. From the invasion in March 2003 to last year when Obama moved into the White House, the Americans played an active role in Iraq. Since then, the Iraqis have been left more and more to fend for themselves. That is both a good and a bad thing. The political process has not kept pace with the military action. 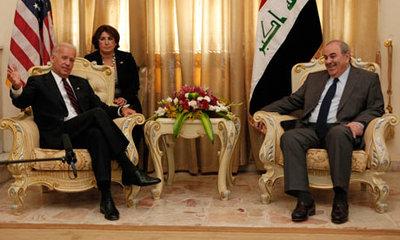 The American withdrawal of combat troops from Iraq has put greater responsibility on Iraqi politicians. They have not always measured up

​​ The setting up of the new government has been dragging on for over six months now. Why is it proving so difficult?

Abdul Mahdi: The Iraqis have a rather complicated character. There are so many factors involved: religion, ethnicity, tribal affiliation. Then there are questions such as whether one belonged to the privileged or the prosecuted class under the previous regime, or whether one spent the time in Iraq or in exile. Reconciling all of these disparate factors is not an easy task. For me, the only answer is a federal system, because that would give us the chance of finding a balance. Although this is something enshrined in our new constitution, we are still a long way away from being able to implement it. Political compromise and coalitions are unknown here.

If you were to assess how far along the road to democracy Iraq now is, where would you place it on a scale from one to ten?

Abdul Mahdi: In spite of everything, I remain optimistic, and so I would say, five plus. In other words, I think we are past the halfway mark. What we urgently need is greater respect for the constitution. We have to make it clear to people that the constitution applies to everyone and everyone must respect it. Everything else will follow from that. This is something that most of us still need to grasp. But take a look at Latin America or Asia. They also required more than ten years for their democratic structures to become effective.

But your Shiite INA alliance has not even managed to agree on a candidate to run for prime minister. You yourself, along with some others, were also touted for a time as a possible candidate. 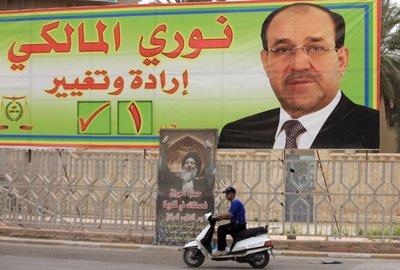 "Five plus" on a scale from one to ten: Despite ongoing problems, Adil Abdul Mahdi believes that Iraq is on the right path to democracy

​​ Abdul Mahdi: We are an alliance of different groups and parties, not an alliance dominated by one person. This makes things rather difficult. We welcomed the meeting between Ijad Allawi and Nuri al-Maliki. They got most votes at the elections, and we asked them to find a solution. Together they have 180 seats, a comfortable majority. But they cannot agree on which of them should head the government. That is the reason for the delay in forming a government. I cannot understand why the time frame set out in the constitution is not being respected and why there are these continual deferrals. It is a great mistake. However the Americans are now applying some pressure.

If Allawi and Maliki do form a government together, they will have a comfortable majority and you and the INA will be left out in the cold. Will you accept that?

Abdul Mahdi: Why not? Then we will be in opposition!

Adil Abdul Mahdi has been Iraq’s vice-president for the past four years. The 67-year-old from Baghdad, who completed a doctorate in economics during exile in France, played a major role in the creation of the Shiite INA alliance, which emerged as a clear winner following the first two elections. The Alliance came in in third place after the most recent vote on March 7, however, behind the blocs of Ijad Allawi and Nuri al-Maliki. Adil Abdul Mahdi is a member of the High Islamic Council of Iraq, a Shiite religious party set up by exiled Iraqis in Tehran in the 1980s. He was deputy to powerful Shiite leader Abdul Aziz al-Hakim in the first Iraqi Governing Council set up by US administrator Paul Bremer.

The Federal Structure of Iraq
More Power to the Powers That Be
The Iraqi jurist Naseef Naeem has completed a study which closely examines the emergence, framing, and consolidation of the new Iraqi constitution. The main flaw of this constitution, says Naeem, is that it grants the central government too little power. Sebastian Sons presents the study

Interview with Nuri al-Maliki
"The Time Has Come to Invest in Iraq"
In Berlin for talks with Chancellor Angela Merkel, Iraqi PM Nuri al-Maliki spoke to DW about how his battle-scarred country is getting back on its feet, and ready to welcome foreign companies. Interview by Mohamed Ibrahim

Seventh Anniversary of the Fall of Saddam Hussein
Iraq's Pandora's Box
The pictures went around the world: toppling the huge Saddam statue in Baghdad on 9 April 2003 was the dawning of a new political era in Iraq. Yet the euphoria over the new-found freedom was soon followed by disillusionment. Nagih Al-Obaidi has the details

END_OF_DOCUMENT_TOKEN_TO_BE_REPLACED
Social media
and networks
Subscribe to our
newsletter