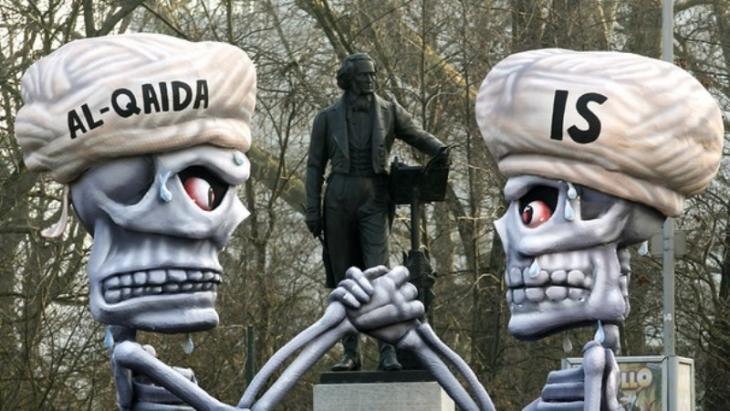 Why al-Qaida is stronger than ever

When we think about terrorism in the Arab world today, the first name that springs to mind is IS, not al-Qaida. But, as Behnam T. Said reveals in interview with Jens-Christian Rabe, the organisation has merely changed its objectives

Mr Said, when we think about the terrorist organisation al-Qaida today – certainly since the death of its leader Osama bin Laden and the rise of so-called Islamic State – we tend to regard it as a thing of the past. Why have you nevertheless devoted a whole book to the subject?

Behnam T. Said: At the moment, al-Qaida isnʹt actually concentrating on Europe or the USA, so it isnʹt on our public radar. But in the Middle East and in parts of Africa and Asia, the organisation is proving extremely influential in local uprisings. I would even go so far as to say that in this respect, it is significantly stronger than it was ten or even twenty years ago, when in the eyes of the West it was at the height of its power.

How tightly organised should we think of al-Qaida as being?

Said: It varies a lot. In Yemen, al-Qaida controls entire regions in a quasi-governmental way. In Libya, by contrast, it isnʹt directly active, but it is in contact with each of the militias there. So although the organisation no longer actually exists, its spirit lives on. Al-Qaida continues to exist there in the shadows. 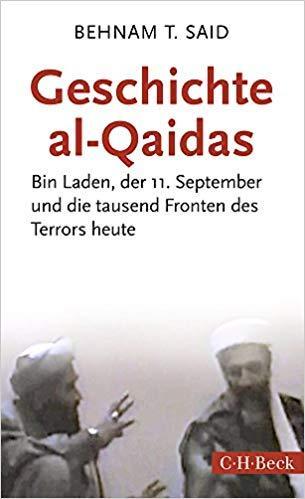 Islam scholar Behnam Timo Said has recently started working for the Justice Department of the Hanseatic City of Hamburg. With the "History of al-Qaida" he has written a sober, well-informed and disturbing book about the "thousand fronts of terror today". In 2015, he published the first German-language book on IS, "Islamischer Staat", followed a year later by "Hymnen des Jihads" (Hymns of Jihad), another highly regarded work on the literature of Islamist mobilisation

With the organisation acting in the shadows on the one hand and being stronger than ever on the other, what is the unifying idea behind al-Qaida today?

Said: Al-Qaida plays on very old longings for strength in the Arab world, so it helps to trace this history all the way back to the 1920s. That was when the idea of a pan-Islamic empire, a Caliphate, which is still the epitome of a strong Islam for many Muslims today, became a thing of the past. Al-Qaida keeps coming back to it. Of course, the specific unifying factor from the start of the 1990s onward was the battle against the USA, which is also when the rise of al-Qaida and Osama bin Laden began.

So this battle is no longer the focus?

Said: No, and thatʹs because it isnʹt so important to al-Qaidaʹs aims any more. We in the west tend to overestimate the relevance of the West to al-Qaida. We always have.

Said: Absolutely, and yet for al-Qaida it was more of a means to an end. Al-Qaida never wanted to conquer or subjugate America or Europe. It was a strategy to drive the West out of the Muslim countries. And Osama bin Ladenʹs personal priority was to drive the West out of two countries in particular: Yemen, his fatherʹs homeland; and Saudi Arabia, the country where he grew up – which is also home to Islamʹs two holy sites, the Kaaba in Mecca and the tomb of the Prophet Muhammad in Medina.

So, Bin Laden and al-Qaida managed to unite the Islamists by convincing them that America had to be fought if they wanted to change things in the Muslim world to the Islamistsʹ advantage?

Said: Yes: in the eyes of al-Qaida, the old, often secular, and certainly not Islamist regimes – weʹre talking about the 1990s now – were all largely propped up by the USA, the "head of the snake". You have to cut off the head before you can defeat the snake.

Said: Completely different. After the Arab Spring in 2011, the region was destabilised, there were weakened regimes, uprisings and plenty of weapons – and you could see where the real focus of the movement lay. I say movement: by this point, al-Qaida wasnʹt an organisation any longer, it was actually a movement. And as such it no longer needed the USA and Europe; it could concentrate of seizing power in Muslim countries – that is, becoming part of the local revolutionary movements and forcing the al-Qaida agenda on them. And today, this project is being carried out more intensively and successfully than ever before, on many, many local fronts. Even if things arenʹt always exactly the way al-Qaida would want them to be – just think of the successes its competitor, IS, has had in Syria and Iraq in the meantime.

As a rule, the jihadists seem to understand a lot more about destabilisation and seizing power than they do about governing.

Said: True, but we should never underestimate the power of this idea of a pan-Islamic empire ruled by Sharia law, just because the danger to the West from al-Qaida in terms of terrorism is currently rather low. The threat that the movement poses to the Arab world is greater than ever.

No other Western poet was arguably so well-versed in the Koran or so fascinated by Islam as Germany's national hero, Goethe. In a new publication that examines all Goethe's ... END_OF_DOCUMENT_TOKEN_TO_BE_REPLACED

A deluge of books, movies, series and cover stories: ever since the events of 9/11, the West has seemed almost manically preoccupied with Islam. Yet this has rarely led to deeper ... END_OF_DOCUMENT_TOKEN_TO_BE_REPLACED

Twenty years after 9/11, the world is faced with the dual challenge of Islamophobia and anti-Westernism. Ahmet Kuru argues that Muslims in the West, well versed in both Western ... END_OF_DOCUMENT_TOKEN_TO_BE_REPLACED

Two decades after the attacks of 11 September 2001, the West faces the shattered debris of its failure – not only in Afghanistan, but also in Iraq, Syria, Libya and Yemen. What ... END_OF_DOCUMENT_TOKEN_TO_BE_REPLACED

Twenty years after 9/11, the United States is recalibrating its war policy. However, its assertions that the era of endless wars is over are a myth, writes Maha Hilal END_OF_DOCUMENT_TOKEN_TO_BE_REPLACED

Migrants are often maligned as being responsible for Europe's problems. Yet their integration is in Europe's interest. Michael Thaidigsmann believes that a long-term vision is ... END_OF_DOCUMENT_TOKEN_TO_BE_REPLACED
Author:
Jens-Christian Rabe
Date:
Mail:
Send via mail

END_OF_DOCUMENT_TOKEN_TO_BE_REPLACED
Social media
and networks
Subscribe to our
newsletter