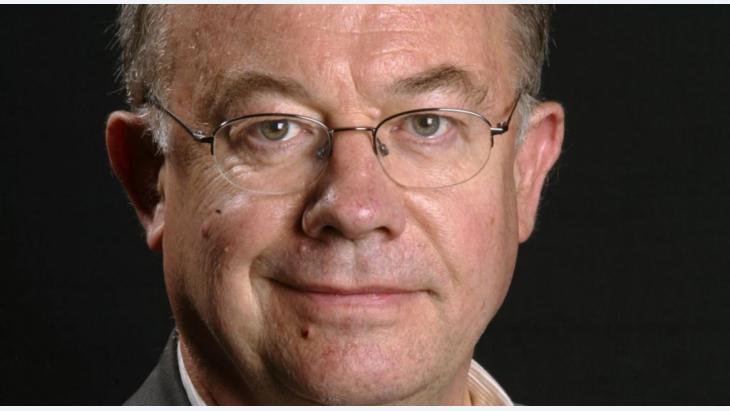 Interview with the Islam expert Olivier Roy
European Islam: destined to be ignored

The links between Europe and the Maghreb are stronger than many would like to believe. Politicians on both sides of the Mediterranean, in particular, are ignoring the emergence of a specifically European brand of Islam, says the French political scientist and Islamic studies expert Olivier Roy. The interview was conducted by Federica Zoja

Morocco, Algeria, Tunisia. In which of these three countries, in your opinion, is the political situation most complex?

Olivier Roy: To tell the truth, all three of them, including Morocco, although it seems to be the most stable. Algeria is addressing the question of President Bouteflika′s succession, which is actually something of a ″permanent″ transition. Political management processes in Algeria are not public, but take place in the shadows. That said, Algerian society is a lively one, debating both national and international political issues with passion.

In Tunisia, the democratic transition has been a success and, in spite of all the criticism that could be levelled at the country′s leaders, it has managed it, even though the extremists – both secularists and radical Islamists, feel dissatisfied and are excluded from politics. Tunisia′s problem is an economic one and therefore non-political; moreover it also has a jihadist aspect, involving a virulent minority fuelled by these social-economic problems.

This minority is, however, significant if one considers those volunteering to join Daesh (the Arabic acronym for ad-Dawla al-Islamiyya fi al-Iraq wa l-Sham, the Islamic State of Iraq and Syria), particularly when you consider that Tunisia has only about ten million inhabitants.

Roy: Well, there are two aspects. It is true that after Saudi Arabia, Tunisia is the country exporting the most jihadists. These are people mainly coming from the south and the abandoned peripheries. I would say, however, that it is a problem shared by Tunisia and Western countries. The parents of these young people, who are actually very young, some of them still boys, do not understand the choices made by their children; they reject them. So, just as in Europe, it is not the population as a whole that is radicalised, but just a few young people. I would say that this is a sign of Tunisia′s Europeanisation and not the opposite. 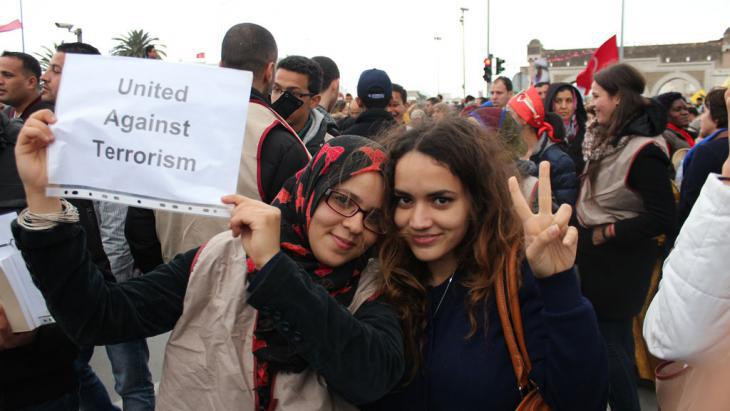 Tunisia′s fledgling democracy a jihadist target: since Tunisia′s long-standing president, Zine El Abidine Ben Ali was toppled in 2011, Islamic fundamentalists have carried out anumber of attacks in the country. IS claimed responsibility for the attack on the Bardo Museum in Tunis in March, which killed 21 tourists and a police officer, as well as for the attack on a beach at Sousse, during which 38 tourists died

According to your analysis, then, Morocco would appear to be the most stable country...

Roy: Yes. There is political continuity thanks to the monarchy which seems to have a calming effect. But society is constantly developing and evolving. Firstly it has transitioned from an agricultural society into an urban one and, secondly, where previously the majority was illiterate, a significant proportion is now better educated. These days, the king seldom appears in public and therefore it is the court that really governs.

What is the relationship between the Maghreb and Europe at the moment?

Roy: The two societies are gradually merging. There are millions of people from the Maghreb who live in Europe and hundreds of thousands with dual citizenship. There are Tunisian MPs in the French and Italian parliaments. I would say that we are in a post-migration situation. There are no longer hundreds of thousands of citizens from the Maghreb wanting to come to Europe, but rather people wishing to circulate in both directions with young second-generation immigrants who are returning home. They are no longer people fleeing war, nor are they hungry refugees. They follow the best economic conditions, wherever these may be. Furthermore there are many who are bilingual and this too is a sign of mutual fusion.
In political terms, I would say that European politicians have not understood these changes and continue to have very restrictive visa policies, which in the end promote illegality.

Roy: There is no solidarity at all. There is no co-operation between the countries of the Maghreb. There is still rivalry, for example, between Morocco and Algeria, and Europe does not address this issue. Then there is the issue of Islam, which no one addresses. Morocco and Algeria respectively believe that the Islam in Europe should be the Islam of their countries. Hence the rector of the mosque in Paris is appointed by Algiers, while Morocco trains imams of Moroccan origin. It is a competition. Everyone forgets, however, that a new European Islam is forming, one that differs from the original one. It is regarded with diffidence by all the Maghreb′s authorities, because it is influenced by the secular ideas of European society, nevertheless it is still Islam. 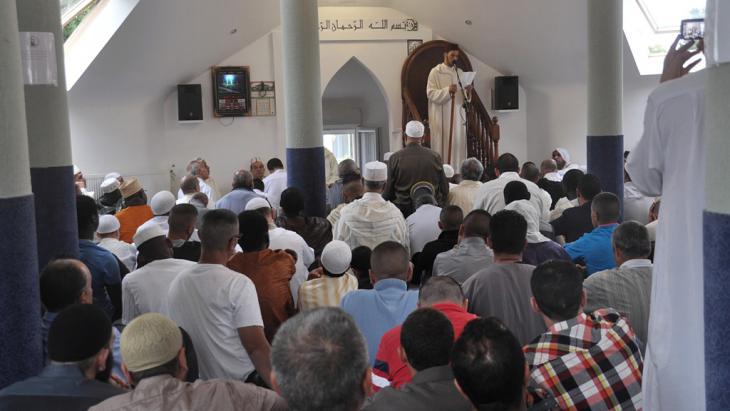 Roy Olivier: "Morocco and Algeria respectively believe that the Islam in Europe should be the Islam of their countries. Hence the rector of the mosque in Paris is appointed by Algiers, while Morocco trains imams of Moroccan origin. It is a competition. Everyone forgets, however, that a new European Islam is forming, one that differs from the original one"

Will Russia and French intervention in Syria have repercussions in these three countries? What about in Libya?

Roy: Libya follows a Middle Eastern logic and therefore the answer is probably yes. The others will not experience repercussions. The problem is the interface – just think of Tunisia, which suffered the full brunt of the Libyan crisis. I would therefore speak of a ″disconnection″ between the Maghreb and the Middle East. Before the Arab Spring, for example, you saw large pro-Palestinian protests in the various countries of the Maghreb. And in Cairo too. There was still a vague pan-Arabic sentiment.
This no longer happens. And, on the other hand, who should young Moroccans or Algerians identify with? The Kurds? The Shias? Assad?

What role is the Turkish government playing with regard to the Syrian conflict and the Kurds?

Roy: For the Americans and the Europeans, the number one enemy is Daesh. Support for Turkey, which is a member of NATO, will not be denied in the name of the Kurds. Or, let us say, there will be a differentiated form of support. Kurds outside Turkey will receive support, but those in Turkey will not. It is a delicate situation. It is out of the question that Turkey will become a member of the EU in the current conditions. Instead there must be ambitious bilateral Turkish-European co-operation – under the auspices of the UNHCR – aimed at joint management of the border, the flow of immigrants and their joint reception. This is problematic because Ankara traditionally adopts a diffident attitude towards the United Nations, but there is room for negotiation. Everyone has their price.

Olivier Roy is a French political scientist and Islamic studies expert: he has worked as a political consultant, diplomat and UN envoy, leading among other things the OSZE mission in Tadzhikistan. He currently holds a chair at the European University Institute's Robert Schuman Centre in Fiesole, Italien.

Home
Print
Newsletter
More on this topic
Media portrayals and geopolitics in the Near and Middle East: Who shapes our image of the world?Popular unrest in the Middle East: Who says popular demand for change is off the agenda?Qantara dossier: European Islam
Related Topics
'Islamic State' | IS, Abdelaziz Bouteflika, Arabellion, European Islam, Islam and the West, Islam in Europe, Jihadism | Jihadists, Kurdish-Turkish Conflict, Libya after Gaddafi, Policy on refugees and migration, Syrian Civil War, Tunisian Revolution
All Topics

In Doha, Arabs from Morocco, Tunisia, Egypt and Algeria are gathering to celebrate the first ever FIFA World Cup to be held on Arab soil. The criticism from Europe? Over the top, ... END_OF_DOCUMENT_TOKEN_TO_BE_REPLACED

"Rebel Game: The Power of Football in the Middle East and the Qatar World Cup", an anthology published by Middle East researchers Jan Busse and Rene Wildangel, takes the upcoming ... END_OF_DOCUMENT_TOKEN_TO_BE_REPLACED

After a two-year hiatus, the Arab League re-convened at the beginning of November in Algiers against a backdrop of uncertainty and discord. By Pierre Boussel END_OF_DOCUMENT_TOKEN_TO_BE_REPLACED

The history of Jews and Muslims is far more entangled than you might imagine – but you have to listen out for it. In "Recording History", Christopher Silver takes us on a sonic ... END_OF_DOCUMENT_TOKEN_TO_BE_REPLACED

Welcome to the world of Al Qasar, where Arabic music collides head-on with punk and psychedelic to create something powerful and beautiful. "Who Are We" is a raucous, subversive ... END_OF_DOCUMENT_TOKEN_TO_BE_REPLACED

END_OF_DOCUMENT_TOKEN_TO_BE_REPLACED
Social media
and networks
Subscribe to our
newsletter