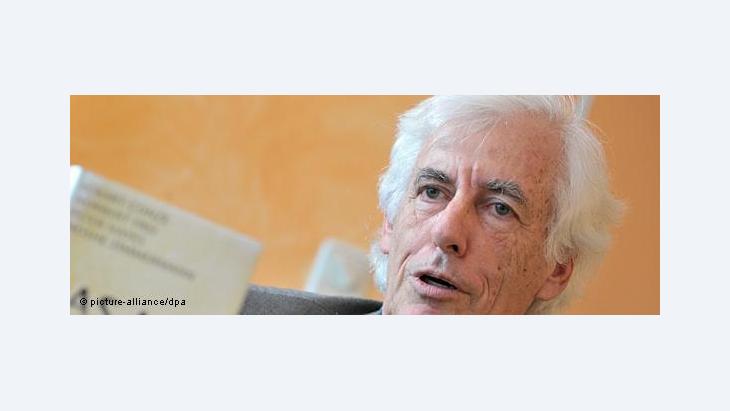 According to Moshe Zimmermann, the Israeli government is opposed to anything that could lead to the foundation of a Palestinian state. Susanne Knaul spoke to the historian

Mr Zimmermann, you are one of the left-wing voices in Israel that are raised in warning; you are opposed to occupation. Is the conservative government now getting what it deserves for not having listened to people like you?

Moshe Zimmermann: If you look at it objectively, that is indeed the case; but the government certainly doesn't look at it like that. The objective and neutral observer will say that because Israel did not enter into talks with the Palestinians in recent years, public opinion among the Palestinians, in the Arab world and even in Turkey has come to the conclusion that the time has come to take a stance against Israel. 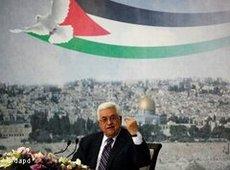 Struggling for international recognition: in the run-up to the UN general debate in New York, Palestinian leader Mahmoud Abbas is insisting that the Palestinians should have a seat in the United Nations

​​If Israel had made some constructive proposals to the Palestinians in recent years and stopped its settlement policy, it would have been much easier for the Egyptians, the Syrians, and the Libyans, who were involved in the Arab Spring, to understand Israel. The government in Jerusalem sees things very differently, as do its supporters. They consider what is happening now to be a confirmation of their conviction that the entire world is and always has been against Israel.

The Palestinians intend to put their application to the UN. Should Israel have reacted differently and perhaps even agreed to the foundation of a state as the Palestinians are demanding? After all, they want a two-state solution, so what's the problem?

Zimmermann: If one wants to represent the true interests of Israel, one has to be in favour of a UN resolution like this. Ultimately, the UN resolution in 1947 was for the foundation of two states side by side. So if one state, i.e. Israel, is legitimate then the other state is automatically legitimate too. That means that Israel should have actually taken action to ensure that such a resolution is accepted. However, the fact of the matter is that Netanyahu and consorts automatically oppose everything that will ultimately lead to the foundation of the Palestinian state.

But officially Netanyahu supports the two-state solution. That being the case, should he not be able to make some capital out of the Palestinian initiative?

Zimmermann: When Netanyahu speaks about two states, he is only paying lip service to the idea. When Netanyahu demands peace negotiations without preconditions, what he means is that he expects the other side to accept his preconditions, namely the continuation of the settlement policy. That is his objective and that is not in line with the foundation of a Palestinian state. 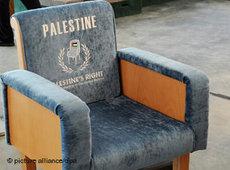 An empty seat marked "Palestine" at the UN: it seems likely that a US veto in the Security Council will put paid to the Palestinian initiative

​​This is why attempts are being made to exert pressure on those states that are known here in Israel as the "moral majority" – the Europeans, the US etc., which are supposedly more important than the actual majority of around 130 states that are in favour of recognising Palestine. In this respect, I have to say, the Israeli policy is successful. Instead of reading the riot act to Foreign Minister Liebermann and Prime Minister Netanyahu, US Secretary of State Hillary Clinton, Chancellor Angela Merkel and the German Foreign Minister Guido Westerwelle are trying to placate the government in Jerusalem. All you can do is shake your head.

So in your opinion, the West should have exerted much more pressure?

Zimmermann: It's not about pressure, it's about conviction. The Western powers should have convinced the Israelis that a decision at the UN in favour of the foundation of a Palestinian state would be advantageous for Israel. Instead, they are automatically adopting a stance that is opposed to the Palestinian state just because the Israeli Prime Minister Netanyahu insists that they do and because he protests against the "unilateral step".

In your opinion, what is the worst that could happen next?

Zimmermann: The worst case scenario would be that the UN General Assembly would in fact support the PLO's application in its current or a different form, the Palestinians would then launch major demonstrations, Israel would overreact to these demonstrations, and the settlers would make sure that the disputes get totally out of hand.

If it ends in violence, other countries will hold Israel responsible. How much Western anger can the country stand?

Zimmermann: Israel's reaction will be two-pronged. It will say: that is not our fault; the Palestinians are responsible for that. Consequently, they will expect America and Europe to exert pressure on the Palestinians. If that doesn't happen and if Israel is instead put under pressure, they will start singing the same old song again, namely that "the whole world is anti-Semitic". The whole world, mind you, not just the Palestinians, the Turks and the Egyptians, but the Germans and the Americans etc. as well. 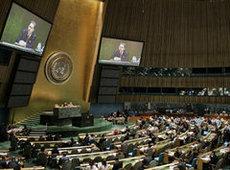 For a country to become a full member of the UN, at least nine of the 15 members of the Security Council – including all five veto powers (USA, Russia, China, France and Great Britain) – must give their approval

​​The sad thing is that US President Barack Obama doesn't have an opposition in America capable of correcting him. The Republican opposition in the US is largely fundamental and supports Netanyahu. He is aware of this, a fact that allows him to continue pursuing his unbending policy. Obama is too weak, and the Republicans and the Evangelists are strong enough.

Is there anything that can be done, or are we condemned to simply watch from the sidelines and do nothing?

Zimmermann: It is now much more difficult to make up for missed opportunities, and the current government is not even going to try. It is only when people come to understand that their personal welfare is directly linked to Israel's Palestinian policy – an opportunity that has once again been missed in the social movement in Israel – only then will there be pressure from below; then change will be possible.

It is only when we and the entire region start pursuing policies that are less religious and less fundamentalist that change will be possible. As long as we remain hostages of the settlers and the occupation and collaborate with the hostage-takers, nothing will change.

Moshe Zimmermann is professor of Modern History at the Hebrew University of Jerusalem. His book "Die Angst vor dem Frieden. Das israelische Dilemma (The Fear of Peace: The Israeli Dilemma) was published in German by Aufbau-Verlag in 2010. His focus of research are the social history of the 18th and 20th century of Germany as well as of the German Jews and Anti-Semitism.

END_OF_DOCUMENT_TOKEN_TO_BE_REPLACED
Social media
and networks
Subscribe to our
newsletter