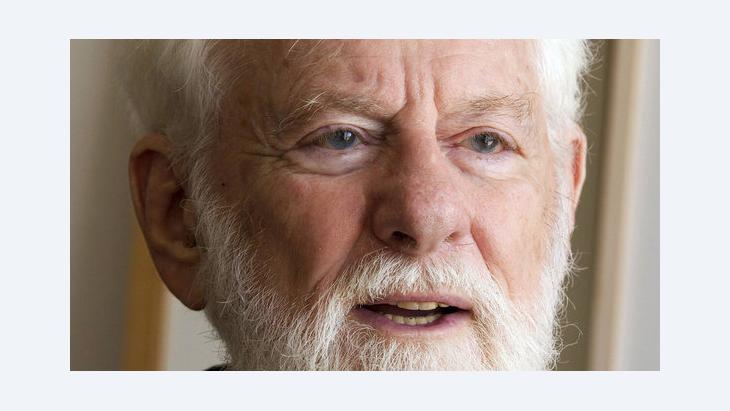 ﻿﻿Despite growing international criticism, Israel is pressing ahead with the construction of new settlements in and around Jerusalem. In this interview with ﻿Diana Hodali, peace activist Uri Avnery says that the current Israeli government does not actually want a two-state solution, regardless of what it says

﻿After the Palestinians were granted observer status by the United Nations, ﻿Israel announced its intention to step up the construction of settlements. Is this announcement Israel's response to the UN's decision?

Uri Avnery: No, that has very little to do with it. This government wants to build more and more settlements - not only for ideological reasons, but also for domestic policy reasons. The biggest threat to the Netanyahu government comes from the political right, not the left. And that's why he's afraid to lose voters to the right-wing party "The Jewish Home", which is led by the young new leader Naftali Bennet. Netanyahu has to show that he is no less extreme than this new political figure. The UN decision is just an excuse.

So you are saying that Prime Minister Netanyahu is hunting for votes for the January 2013 elections?

Avnery: Yes, definitely. The announcement has nothing to do with whether the houses will actually be built or not. That depends on how much pressure there will be from the US and Europe. But announcing it doesn't cost anything, and it causes a great big fuss around the world.

The United Nations has condemned the settlements quite harshly this time, as has Germany. The US, though, has been rather restrained. Does any of this impress the Israeli government?

Avnery: What the Europeans do certainly doesn't impress Netanyahu. But he wouldn't be able to ignore real pressure from the US. But it doesn't look like Washington will do more than just say a few words to Israel. They've said that the announcement to build more settlements is not good for peace. 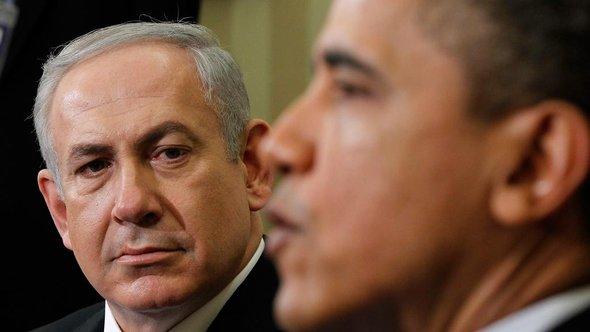 According to Uri Avnery, Prime Minister Benjamin Netanyahu (left) does not feel under any pressure from the United States. Although Washington has described the announcement that Israel intends to build more settlements as unhelpful, it is likely that this is the only reaction Israel can expect from the US

​​But President Barack Obama is busy with other things than the Middle East. It doesn't look like he is going to change his Middle East policy in his second term. There won't be anything beyond words, and in reality, he won't do anything to help the Palestinians get their own state.

Israel keeps stressing that it wants a two-state solution. How does that fit with the plans to build new settlements?

Avnery: The Americans and the Europeans ignore this fact because they don't want to deal with Israel. In the case of the US, it's because of the massive influence of the pro-Israel lobby. But this lobby doesn't help the real interests of Israel, only the interests of a right-wing government.

It must be clear to every sensible person that Israel needs peace, not settlements; peace with the Palestinians and with the rest of the Arab world. Anyone who doesn't see this doesn't care about the actual interests of Israel, but seeks to annex the West Bank and the Gaza Strip. If someone says they want Israel to encompass the entire area from the Mediterranean to the Jordan River, then any further discussion is pointless. If that's what you want, you are certainly not interested in a two-state solution.

Does that mean that the Israeli government is not interested in a two-state solution?

Avnery: You can basically forget about the words "two-state solution". This government doesn't want a two-state solution. There's one thing that's always being overlooked. We have two Arab parties today: Fatah, which wants peace with Israel, and Hamas, which doesn't. The Israeli government is undermining Fatah and the Palestinian National Authority at every opportunity and in so doing, it is indirectly strengthening Hamas. 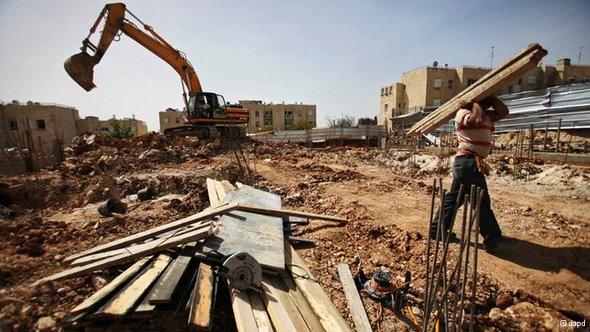 ​​Does the Israeli government see itself as being under international pressure?

Avnery: No, it doesn't. The government is long since accustomed to being harshly criticized by other countries. But if it ends there and if the criticism is not followed up by any action, then Israel doesn't feel any pressure at all. What pressure is the European Union putting on Israel? None at all.

What do you think should be done?

Uri Avnery is an Israeli journalist, author and peace activist. He was a member of the Knesset for three terms.

Asmaa al-Atawna's debut novel "Missing Picture" has been published in German translation (Keine Luft zum Atmen – Mein Weg in die Freiheit). In it, she describes life in Gaza from ... END_OF_DOCUMENT_TOKEN_TO_BE_REPLACED

At the end of every year, the team at Qantara.de gives you a run-down of the ten most-read articles on the site over the past 12 months. Here is a quick overview of the stories ... END_OF_DOCUMENT_TOKEN_TO_BE_REPLACED

Palestinian Christians are an integral part of the Palestinian national movement. This is the conclusion reached by the Chilean-born Palestinian political scientist Xavier Abu Eid ... END_OF_DOCUMENT_TOKEN_TO_BE_REPLACED

Jesus – Issa in Arabic – doesn’t merely enjoy the highest place among the prophets in the Koran. He is also revered in Islam’s mystical tradition for his message of love and mercy ... END_OF_DOCUMENT_TOKEN_TO_BE_REPLACED

With reported hostilities against Israeli journalists and the flag of the Palestinian territories flying on the streets and in the stadiums, it is clear the World Cup in Qatar is ... END_OF_DOCUMENT_TOKEN_TO_BE_REPLACED
Author:
Diana Hodali
Date:
Mail:
Send via mail

END_OF_DOCUMENT_TOKEN_TO_BE_REPLACED
Social media
and networks
Subscribe to our
newsletter