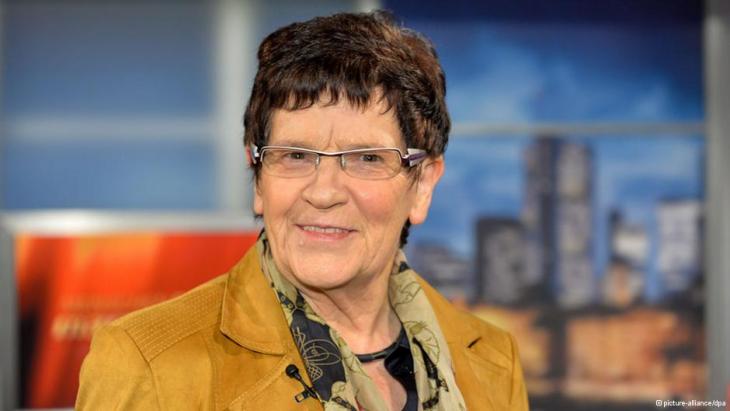 If Europe's immigration policy is not changed in the coming years, the continent's population will start to shrink dramatically in 2025. Annika Zeitler spoke to the German migration expert and former President of the Bundestag, Rita Süssmuth

The refugee tragedy that unfolded off the coast of Lampedusa in early October, claiming the lives of 360 refugees once again highlighted what happens when Europe tries to batten down the hatches and keep immigrants at bay. The fact of the matter is that the EU's population is ageing and will need more immigration sooner or later. The euro crisis has already brought many people from the southern states of Europe to Germany. As a result, immigration reached record levels in 2013. Many immigrants and refugees come here bringing knowledge and values from their native countries. However, many in Germany see diversity as a threat.

What kind of "culture of welcome" do we need here in Germany?

Rita Süssmuth: Until recently, the term "culture of welcome" was a foreign concept here in Germany. We have to keep on working on this – together and not just in parallel. A culture of welcome brings many opportunities and problems alike. I hope that Germany and Europe will develop a culture that is more open to migrants, immigrants and refugees. Unfortunately, there are still many people who say that they do not want to have anything to do with these problems and that all of this costs our country too much money. On paper at least there is already a "culture of welcome", but it is largely directed at migrant workers. But immigration is more than just an economic challenge, it is a cultural one too. 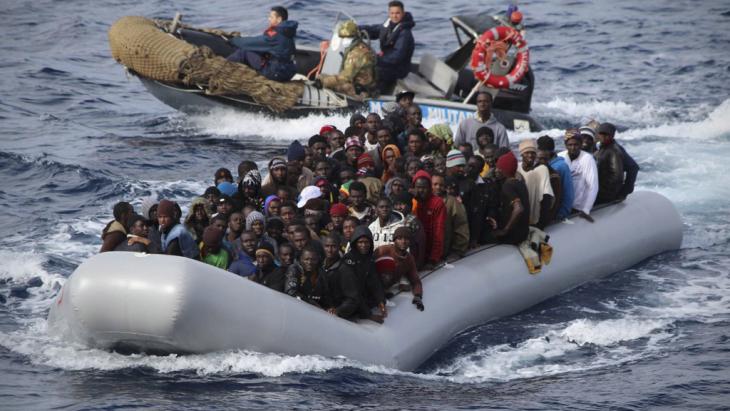 A tragic reality: every day, dangerously overcrowded boats full of refugees set sail from North Africa for "Fortress Europe". Quite a number of these crossings end in disaster and the loss of countless lives. Aid organisations such as Pro Asyl (Pro Asylum) accuse the Member States of the EU of further fine-tuning their policy of barricading the EU's borders against immigration even after such tragedies

What do we have to do here in Germany to establish such a culture?

Süssmuth: We are moving in the right direction, but we are certainly not there yet: it always encourages me to see people standing up for refugees, just like the recent case in Hamburg, where a young man was protected against deportation by others. This help can come from the Church, but it can also come from neighbours or from sports clubs or other clubs. These people understand what a "culture of welcome" is and they really do welcome people. They don't wait for the state and the politicians; they take action themselves. We have to think about how to bind well-educated migrants to Germany. I was in Spain just last week and I asked what the situation is like there and whether many migrants leave Spain again. The answer was no.

You mentioned the direct support and help provided by citizens and clubs, but what has to change in Germany's authorities, for example?

Süssmuth: We lack diversity in public service; we lack people who speak foreign languages. In this respect, we could benefit much more from our migrants – migrants whose families have been here for two or three generations – by deploying them in a targeted manner in the public service. We have to make the most of their qualifications by integrating them into the labour market on the basis of their training.

Moreover, Germany still lacks a centrally controlled system of immigration based on professional qualifications, language skills and the relationship to our country like the ones in Canada, Great Britain, the Czech Republic or Austria. However, there is still no support for the so-called "Canadian points system" here in Germany. We have to embrace diversity and learn how to deal with it. It is more justifiable to ask who really has to do the integrating here: the migrants or the Germans?

Should we ask refugees what skills they have?

Süssmuth: I don't want to pursue that kind of identification and selection, in other words if you speak the right language and have the right qualifications we will welcome you with open arms. If you look at Lampedusa and Syria, the key aspect here is that these people are humanitarian refugees. We have to respond to these illegal crossings in a different way. Pope Francis threw a wreath into the sea in memory of those who died off the coast of Lampedusa. I would have preferred him to take ten refugees into the Vatican. We also need a new refugee culture. However, the criterion must not be "yes to migrant workers and no to refugees". This is a very important point as far as I am concerned because at the moment, this is exactly the criterion we are applying. 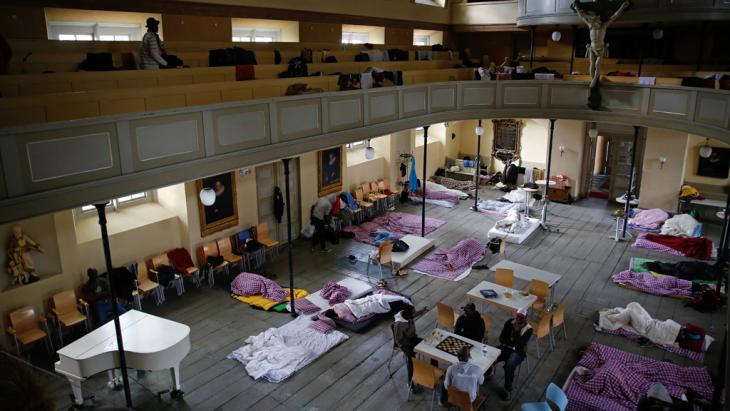 "Embassy of hope": in early June, Vicar Sieghard Wilm opened the doors of St. Pauli Church in Hamburg to over 80 refugees from Lampedusa. When the Hamburg Senate insisted that the young men go through the usual asylum application process, which could ultimately have led to their deportation, many local citizens organised demonstrations calling for the authorities to allow the refugees to stay in the northern German city

Most Germans consider religious diversity to be an enrichment. Nevertheless, the majority feel that Islam and Germany are not compatible. Has Germany done too little to promote integration?

Süssmuth: Since the terrorist attacks of 9/11 and the security policy of 2001, Muslims have only been portrayed as dangerous, even though the vast majority of Muslims live out their faith peacefully, as do the followers of Christianity, Buddhism or other religions. We are much closer to each other than we know and think. Of course there are differences in doctrine, but that doesn't make them all militant fighters.

Are Germans afraid of migrants and of losing their culture?

Süssmuth: We have not been a homogenous society for a long time now; our society is diverse. What's more, diversity does not mean losing your own culture. Instead, it actually means getting back different types of potential that we might have lost, not only in the field of economics and innovation, but also in the social field. We always act as if everything was born out of our European civilisation when the truth of the matter is that we adopted a lot from other civilisations. How do we act towards people who are different to us? We have to learn to respect them right from the word go. This applies not only to Germany, but to Europe as a whole.

Much has changed in the European post-fascist firmament since former SS officers, veterans of the collaborationist Vichy government and other dubious figures established the ... END_OF_DOCUMENT_TOKEN_TO_BE_REPLACED

One year ago the Taliban returned to power, seizing Kabul; the U.S. and its allies made a panicked exit from the country. Of all the books written on the subject, four stand out ... END_OF_DOCUMENT_TOKEN_TO_BE_REPLACED

In "Iran. Die Freiheit ist weiblich", journalist Golineh Atai describes the dogged resistance of courageous Iranian women against the Islamic Republic and the mullahs who have ... END_OF_DOCUMENT_TOKEN_TO_BE_REPLACED

Unflattering terms were used at a German Football Association human rights congress aimed at "intensifying the discussion" ahead of the World Cup. One speaker in particular made ... END_OF_DOCUMENT_TOKEN_TO_BE_REPLACED

Egyptian authorities have Mada Masr in their sights once again after critical reporting. But the editor of the country's last independent news source is adamant they will continue ... END_OF_DOCUMENT_TOKEN_TO_BE_REPLACED

Comments for this article: Learning to Deal with Diversity

Immigrants, fixing the problems caused by the native Brits, no need to thank them.
Immigrants take less benefits than UK citizens and put more into the pot.

Our old people would be in an even worse situation if we didn't have immigration.

Its the only way we will pay for the massive costs of our aging population, you clearly don't like it, but you should get used to it.

From the various ONS reports and such. They pay tax and use relatively less services than aging folk, thus help pay.

We have open borders, that's not quite the one way stream you suggest. Maybe in a generation or two the movement would be greater, assuming we bother teaching languages to our kids.

I know of many people who have migrated to the continent, some permanent and many older folk for the bulk of the year.

Office for Budget Responsibility warned Britain would need millions more immigrants in the coming decades to offset the effects of an ageing population. According to Dave, there are some benefits from being a country that welcomes people who want to come here and work hard.

The report concluded that without a fresh wave of immigration to boost employment and tax receipts, Britain’s public finances could become ‘unsustainable’.

END_OF_DOCUMENT_TOKEN_TO_BE_REPLACED
Social media
and networks
Subscribe to our
newsletter