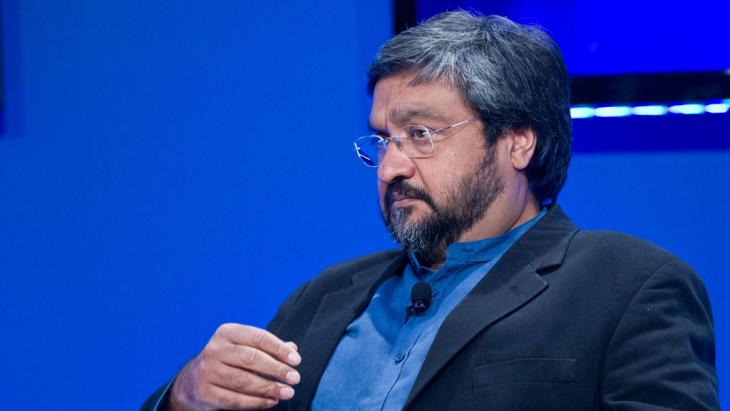 India's new ruling party has earned itself the reputation of inciting communal tension, and its leader has been accused of turning a blind eye to anti-Muslim violence. Marian Brehmer spoke to India's leading political scientist, Rajeev Bhargava, about Narendra Modi's electoral victory, Hindu–Muslim relations and secularism

Does the BJP's landslide victory mark the end of the Congress party's model of family leadership?

Rajeev Bhargava: This victory certainly is a major blow to that kind of politics. But I won't say it marks the end of the Congress model. There were many reasons for this defeat: arrogance, complacency, disconnection from the people and, of course, all the scams.

But perhaps more important than anything else was the inability of all parties – including the Congress – except the BJP to make use of new technology and effective advertising for electoral purposes. Modi's campaign was brilliant in that regard.

At 66 per cent, voter turnout was the highest ever recorded in the history of Indian elections. Why do you think that was?

Bhargava: I can see two reasons. First of all, there was a perception among people that this election was very significant. Among those who voted in favour of the new prime minister and his party there is now an extremely high expectation that the new government will bring a significant improvement in the material wellbeing of the people. This strong expectation is also responsible for the high turnout.

Another reason is that about 100 million have been added to the list of eligible voters since the last election, all of them being young people between the age of 18 and 23. An interesting fact recently published in a book on Indian democracy is that a large amount of people in India vote out of belief in the importance of democratic participation and not only out of consequential thinking. This was also new to me. 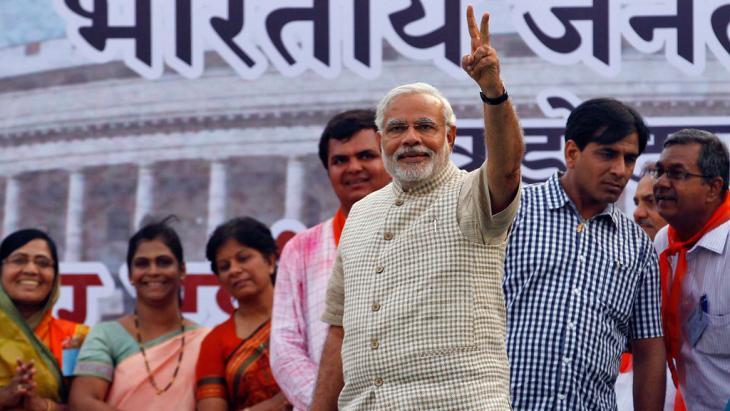 The start of a new political era in India: Narendra Modi's Hindu nationalist supporters celebrate the BJP's emphatic victory in the recent elections. So sweeping was their victory that the party does not have to enter into a coalition

Does Narendra Modi's popularity come from the young voters?

Bhargava: Modi is certainly popular among young people. His steep rise in popularity is remarkable considering that he was still an outsider a few years ago. Modi has never been in the national government. His experience is confined to politics in Gujarat. He has also used this outsider position as a campaigning strategy in order to show that he is not part of the corrupt elite.

Another point worth mentioning is that these elections will be known for the BJP's money power. The money the opposition has pumped into advertising is unprecedented. Prime time ad spaces on TV have been bought up by the BJP and there was hardly any space left for other parties. Equal access for the parties to the public space hasn't been guaranteed. We can say that to a large extent, the media – including social media – made Modi what he has become.

Modi's victory has been met with scepticism by many politicians and observers in the West. Why is this?

Bhargava: The West has a critical view of ultra-nationalists. They tend to view Modi from within the human rights framework, rightly criticising him for the role he played in the 2002 riots of Gujarat. The least that can be said is that Modi has to be held morally responsible for what happened in those riots. But now the West will form a working relationship with Modi. Some in the West have the feeling that India will crumble if Modi comes to power, that the constitution will collapse or something like that. Western countries tend to build worst-case scenarios if things don't turn out the way they expect. They need to learn to understand India in its own framework and must find what is wrong with Modi from within that framework.

As India's new prime minister, is Modi still the blatant Muslim-hater he has been for much of his career?

Bhargava: In these six months of campaigning, Modi has been prudent enough not to touch on any issue that might provoke the impression that he is against any minority. But really, I can't tell. I hope that when in power, Modi's agenda will be moderated by the constraints of day-to-day politics.

There are certainly many such institutional and constitutional constraints on extremism, but there is also evidence from the past that these constraints can be loosened if not overcome. If we want to be optimistic, we can say that there are enough institutions – such as the judiciary – that will regulate such excessive tendencies. Also, the BJP has its power base in the northern states, but not everywhere in the country. It is not possible for the extremists among them to just start overrunning the whole country. 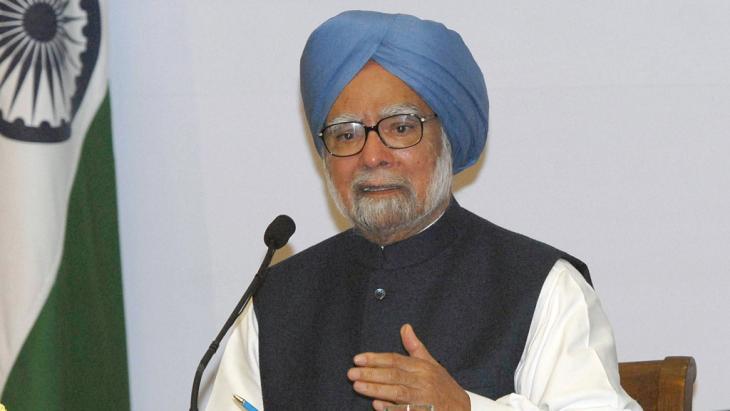 Historic failure: India's former prime minister Manmohan Singh stepped down after ten years in office. His party, Congress, posted the worst result in its history. Nevertheless, the party rejected an offer by its leaders, Sonia and Rahul Gandhi, to resign

However, many Indian Muslims predict gloomy days for India and are rather pessimistic, if not to say fearful.

Bhargava: It is perfectly understandable that Muslims are very fearful. Their fear of the BJP has roots in the past, stretching further back than the Gujarat riots. The BJP has to give up its obsession with Muslims. Only then will the Muslims' fear be dispelled.

But it must not be forgotten that a large number of Muslims feel that India is their homeland. They are not immigrants to India. Their ancestors come from this land. They are deeply rooted in the cultural landscape of this country. Unless something happens to their habitations, the Muslims will not become automatically fearful.

Those people whose lives have been already affected by any form of communalism fuelled by the BJP and other parties have a reason to fear. But let's be clear: When communal peace is disturbed in India, Hindus are also affected. A few might be mobilised into violent behaviour, but Hindus suffer too. Now, after the elections, everyone in India will be closely watching how the new government will handle the communal issue.

What are the most pressing issues for Muslims as Modi assumes power?

In addition, they feel, like any group, an urge to preserve their cultural identity. In many places, especially in many rural areas, Muslims are just a part of the whole larger social texture as any other caste in India. In urban areas in particular, where caste differences have largely disappeared, Muslims feel stronger about their cultural identity. But in some states – such as Kerala, for instance – Hindus, Muslims and Christians share an overlapping culture and speak the same language. Religious denomination is not the first and only factor to govern their identities.

Have you observed any changes in Hindu–Muslim relations in recent years?

Bhargava: Yes. Overall the sense of estrangement between Hindus and Muslims has increased. In recent times, Muslims have felt more alienated than before. In urban areas in particular, people have been cut off from their traditional social textures. In some parts of South Asia, faith has turned into religion in the Western sense of creed and ideology. People are more bound to their communities nowadays. One of the bad impacts of Westernisation is that very strong categorical religious identities are on the rise, and this brings with it conditions of communal violence. 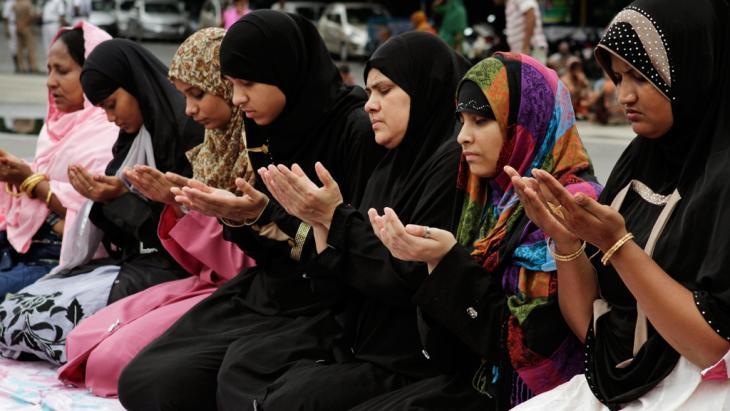 "It must not be forgotten that a large number of Muslims feel that India is their homeland. They are not immigrants to India. Their ancestors come from this land. They are deeply rooted in the cultural landscape of this country. Unless something happens to their habitations, the Muslims will not become automatically fearful," says Rajeev Bhargava

How does communal violence come about?

Bhargava: The single most important factor in communal estrangement is violence. Whenever one person from a community is killed, the whole community is completely stirred up. By the way, this is not only the case with Muslims; take, for example, the Hindu Kashmiri Pundits who have been forced to leave their homeland.

Another factor is segregation in daily life. Wherever there is segregation, tension arises. If people do not live together and are not in regular contact, distrust and suspicion increase. If they are linked by trade and have friends across community borders, suspicion reduces. On a large scale, the prevalent Islamophobia in the West has made things worse for India. The impact of the global media has pushed forward the image of Muslims as terrorists. If the irrational fear of Muslims in the West decreases, it will decrease worldwide.

The focus of your work has been on the nature of secularism. What is special about Indian secularism?

Bhargava: There is a fundamental difference in how secularism has evolved in the West and in India. In the West, secularism came up in societies that had already become religiously homogenous. Here, the principal issue was the political meddling and social oppression of one big religious actor, namely the Church.

In India, secularism arose in a multi-religious society. Therefore, Indian secularism was shaped in the context of religious diversity. In India, defenders of secularism have to fight not only against issues such as caste hierarchy they also need to ensure that one religious community doesn't dominate the other. This is not so much of an issue in the West.

By the way, the European model of an ethno-nationalist state is not a good model for India. We only need to look at the horror of partition in 1947 and its consequences. Collectively, we all have to bury this model and reinvent the nation.

Finally, ultra-Hindu nationalists need to introspect on what a healthy cultural nationalism really means. They need to become aware that many of their concepts have been uncritically adopted from the West. India is a different kind of a nation and should avoid following this path at all costs.

Professor Rajeev Bhargava, one of India's best known political scientists, is currently employed at the Centre for the Study of Developing Societies (CSDS) in New Delhi. He has also been a guest professor at Harvard, Jerusalem, Berlin (WIKO) and Paris (Science Po). His academic publications include "Secularism and Its Critics" (1998), "Politics and Ethics of the Indian Constitution" (2008) and "The Promise of India's Secular Democracy" (2010).

At the end of every year, the team at Qantara.de gives you a run-down of the ten most-read articles on the site over the past 12 months. Here is a quick overview of the stories ... END_OF_DOCUMENT_TOKEN_TO_BE_REPLACED

COP27 in Sharm el-Sheikh is turning into a PR disaster for Egypt’s military regime. Instead of praise for the host, the news is full of solidarity for imprisoned activist Alaa ... END_OF_DOCUMENT_TOKEN_TO_BE_REPLACED

India is projected to see an explosion in its urban population in the coming decades, but its cities already cannot cope and climate change will make living conditions harsher ... END_OF_DOCUMENT_TOKEN_TO_BE_REPLACED

Indian Americans from diverse faith backgrounds have peacefully co-existed stateside for several decades. But events in the U.S. – and violent confrontations between some Hindus ... END_OF_DOCUMENT_TOKEN_TO_BE_REPLACED
Author:
Marian Brehmer
Date:
Mail:
Send via mail

END_OF_DOCUMENT_TOKEN_TO_BE_REPLACED
Social media
and networks
Subscribe to our
newsletter