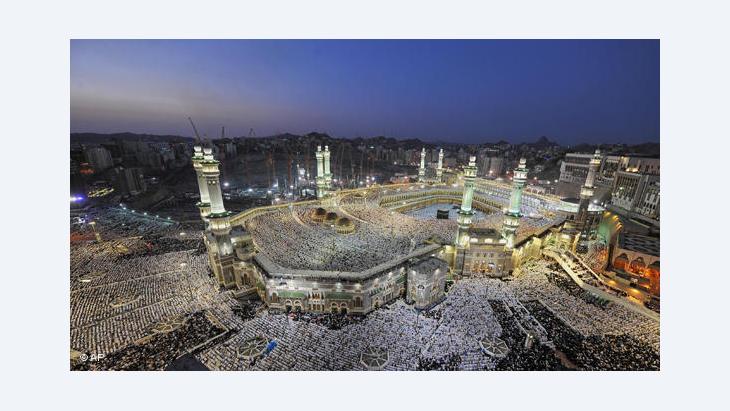 ﻿Ahmed al Omran is one of Saudi Arabia's most popular bloggers. In this interview with Benno Müchler, he explains why people in Saudi Arabia do not have an inclination to revolt, and assesses the prospects for political reform in the country

We have all those revolutions and protests happening in the Arab region, but not in Saudi Arabia. Why?

Ahmed al Omran: True, we have many revolutions in the region. But the each country has a unique situation and different circumstances and different dynamics. You can't just expect revolutions to be copied and pasted from one place to another. When it comes to Saudi Arabia there are a number of factors that explain why we didn't see this popular uprising happening.

The first one is people in Saudi Arabia don't have the same kind of political awareness that people in other parts of the region have. Saudi Arabia is a very young country. It has never been colonized. It didn't have to go through any kind of independence war so there is no civil society, no political tradition, no elections, no political parties. So, by and large, people don't understand much about their rights that they need and they need to demand and gain them and enjoy them. 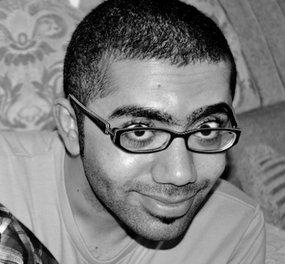 "People in Saudi Arabia don't have the same kind of political awareness that people in other parts of the region have": Ahmed al Omran, author of the 'Saudi Jeans' weblog

​​What they have been taught in schools for a very long time is that this is the perfect Islamic state and that you should be happy with it. So, it's only now that they see people in neighbouring countries demanding their rights, and they are getting inspired by this.

The other reason is Saudi Arabia has more resources and money to throw around. When the government got nervous it initiated money hand-outs and financial aid packages of about $135 billion. The people got subsidies and salary increase. This strategy of making people happy is working to a large extent.

Who exactly was given the government money?

Ahmed al Omran: I think that all government employees got an additional monthly salary, and students got a extra payment of their grants. I did get one when I was here (in the United States, the editor) on a scholarship. A very large part of society benefitted from these aid packages. Of course not everybody was happy with it. Many activists were expressing their frustration and concerns. They said what the country needs is not financial gifts but true socio-political reform.

How do you evaluate the state of the media and freedom of speech in Saudi Arabia?

Ahmed al Omran: There are generally many restrictions on free speech in the country. But the margin of free expression has been expanding in the last five, six years since King Abdullah came to power. We're seeing the media trying to raise and report on issues that used to be taboo, like the religious establishment as well as religious peace and women issues. But, by all means, the media are still not what you would call "free".

Is it, for example, possible to criticise the King?

Ahmed al Omran: No, of course not. The royal family remains a very big red line for the media in the country. But you can express some criticism about the government.

Did you get ever into trouble for things that you wrote on your blog?

Ahmed al Omran: No. But in 2008, for instance, a blogger was jailed for four and a half months. Then, he was released without charges. Other bloggers have been interrogated and have been tortured because of their blogs. One reason why I didn't get into trouble is maybe because I write in English. For example, the blogger who was jailed for four and a half months wrote about exactly the same kind of stuff I did, the situation of political prisoners. But he was put in jail and I was not. 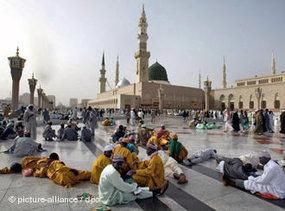 Regal reforms: The direction Saudi Arabia is heading is towards more freedom, says al Omran - but the trend could swiftly be curbed when a new king come to the throne

​​Nevertheless, the direction the country is moving towards is more freedom, especially on the Internet. At one point, the government will realize that they can't really control everything that is published online. Even with their censorship, it's easy to get around their blocking.

How many people do have Internet access in Saudi Arabia?

Ahmed al Omran: About 30 to 40 percent. But the numbers are not exact. There are many people who use the Internet thought they don't have Internet access, and there are also more and more people who use smart phones that can also access Internet information.

Another thing we have to keep in mind is that the population in Saudi Arabia is young. About 60 per cent of the people are under 30 or 25. Most of these young Saudis are connected to the Internet, they are 'digital natives', they grew up with it. The Internet is a big deal in their lives. And many of them practice on the Internet the things they can't do in real life, like political activism and relationships between boys and girls.

How do you assess the chances of political and societal change in Saudi Arabia?

Ahmed al Omran: The change that we have seen so far has been very slow. And this slow pace of change has frustrated a lot of young people. They want to see their country change faster and become freer and more democratic without delay. And because they see this happening throughout the region, this urge is getting more and more intense.

The other aspect about change is that many changes of the past few years were directly linked to the king, and they have not been institutionalized. So, there is a fear among reformists in Saudi Arabia that once the king passes away, some of these changes might be reversed by whoever becomes king. It seems more likely that the next king will be more conservative.

What is one of the changes the king was responsible for?

Ahmed al Omran: Amongst other things, King Abdullah opened King Abdullah University for Science and Technology to men and women. It's the first educational institution in Saudi where men and women study together, sit next to each other and work with each other. This is groundbreaking. And it was King Abdullah who envisioned it and who made it happen.

So you don't expect protests like in Syria, Tunisia and Egypt to happen in the near future?

Ahmed al Omran: I think you can't expect Saudis to take to the streets in large numbers any time soon. There is still a chance for the government to implement changes like Morocco did for example.

At the moment you're living in the US, training to become a journalist. Do you want to go back to your home country?

﻿Ahmed al Omran: Yes, although I know it's going to be hard. I have many friends who studied in the US and went back to Saudi Arabia, and when I talk to them they are really frustrated and have something like a reverse cultural shock. But in the end, what are you going to do? If all the people who want change and reform are going to leave the country, then nothing will ever change and we will not reach any of the things we have been fighting for.

﻿﻿Ahmed al Omran, author of the weblog 'Saudi Jeans', recently graduated with a Master's degree from the Graduate School of Journalism at Columbia University, New York. Currently, he works as a production assistant on the social media desk at NPR. He was also an early contributer to Global Voices.

Home
Print
Newsletter
More on this topic
Interview with Abdul Aziz Al-Khamis: Saudi Arabia Doomed to RenewalSaudi Arabia and the Protests in the Arab World: A Colossus with Feet of Clay
Related Topics
Al Jazeera, Arab Spring, Arabellion, Democracy and civil society, Freedom of the press, Human rights, Media in the Arab World, New media in the Muslim world, Wahhabism
All Topics

Past attempts to reconcile logic and belief within Islam tend to be dismissed today – not because they lack merit, but because they were politically defeated, argues Mustafa Akyol END_OF_DOCUMENT_TOKEN_TO_BE_REPLACED

Nouara may be 65, but she is ready to join thousands of others who burn their ID and pay traffickers for the chance of a new life in Europe. Zineb Bettayeb reports END_OF_DOCUMENT_TOKEN_TO_BE_REPLACED

November 2022 sees the Arab world firmly in the spotlight with the COP27 in Egypt and the FIFA World Cup in Qatar. Public trust in MENA governments is weak, thanks to their ... END_OF_DOCUMENT_TOKEN_TO_BE_REPLACED

Palme d’Or winner "Boy from Heaven" is a classic crossover film in which cultural elements are mixed together in haphazard and random fashion. Shady Lewis Botros bemoans the ... END_OF_DOCUMENT_TOKEN_TO_BE_REPLACED

More than 300 children in rebel-held northwest Syria kicked off their own football World Cup on Saturday, with organisers hoping to shine a light on communities battered by 11 ... END_OF_DOCUMENT_TOKEN_TO_BE_REPLACED
Author:
Benno Müchler
Date:
Mail:
Send via mail

END_OF_DOCUMENT_TOKEN_TO_BE_REPLACED
Social media
and networks
Subscribe to our
newsletter