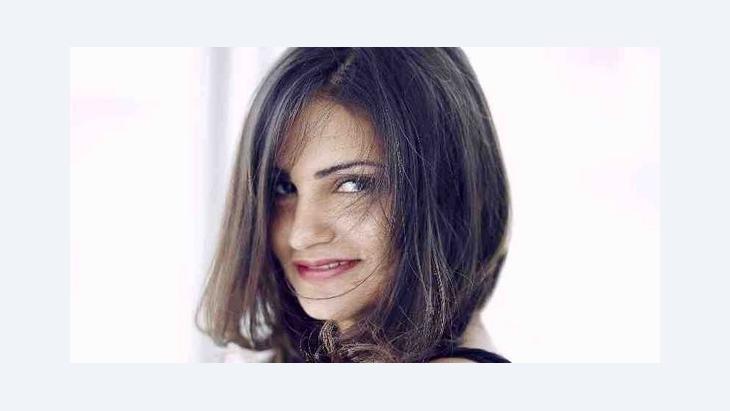 The film Sanctity tells the story of Areej, a young, pregnant Saudi widow, who will do anything to protect her unborn child. Kamel not only wrote and directed the film, she also played the leading role. It was shot on location in Jeddah, Saudi Arabia, and is her second film. Igal Avidan met her in Berlin and asked her about women's rights and film-making in a country that has no cinemas.

Ahd Kamel, what is the sanctity to which your film title refers?

Ahd Kamel: The sanctity of life that we forgot because we are so concerned about the sanctity of women. It's about all the loopholes and the cheating that takes place because men take advantage of women. The film is also about feminine strength.

Sanctity shows that a woman is supposed to be sacred. That's why men cover her and keep her at home to protect her. But that's not working anymore because men take advantage of women.

To what extent does your film reflect the problems facing a single woman in Saudi Arabia today?

Kamel: The main problem is that every woman must have a male guardian who rules her life. A woman must belong to a man, which is just very frustrating.

You returned home after many years in the US. What were the biggest obstacles you faced there as a woman?

Kamel: The guardianship system in which every woman needs a male guardian in her life. Her father, her husband or her brother has to be with her and give her permission to travel or even to go shopping because she is not allowed to drive. When I wake up in the morning and I want to go out for a coffee, I have to call a driver to take me to the café. In New York, I was independent, I could go anywhere. Now I always have to wait for the driver; it's just like in the fifteenth century. 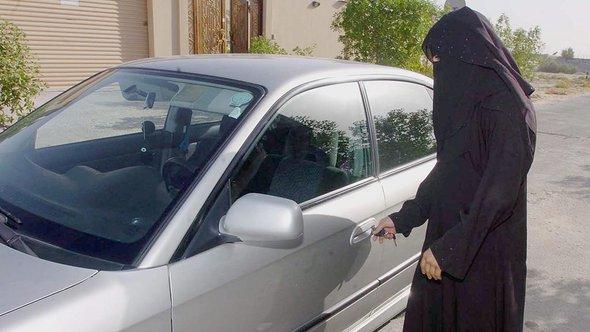 Pushing for change: despite the draconian punishments they risk, some women in Saudi Arabia continue to push for a lifting of the ban that forbids women to drive. Ahd Kamel, who returned to Saudi Arabia from America after her divorce in 2011 (not pictured here), found it difficult to adjust to her lack of freedom in her native home

I returned home in 2011. I'm a single divorced woman; my parents are dead, so my brothers are my guardians. Without one of them, I can't get anything done. I'm very lucky because my brothers are very supportive so my frustrations are very small compared with those of women from a less privileged background and with no financial means. In the film, Abdullah is not a good person and he uses his power to abuse Areej, who has no way to speak up.

As a divorced woman, did you suffer the same hardships as your main character?

Kamel: My husband was American and my divorce was in the USA so it was a very different story. But some of my Saudi friends who wanted a divorce were held back for many years by their husbands and had to pay in order to get back their freedom.

How did this film come about?

Kamel: I left Saudi Arabia when I was 17 and studied film direction and acting in New York. The producer, Jerome, asked me in early 2011 to write the script. I wanted to write something about the situation of Saudi women, which I had known also from my own experience and which frustrates me very much.

Did you shoot the film in Saudi Arabia?

Kamel: Yes. I returned home for the shooting and recognized the opportunities for me there. In Saudi Arabia, I'm one of a kind; in New York, I had to go from one audition to the other and to explain a very different culture to the Americans.

Going back home was, however, very difficult, a real culture shock, but it was also very interesting. I felt alive again because so much is happening in the region. Saudi Arabia is no longer as sheltered as it used to be; there is a movement of artists and it's nice to be a part of that.

My biggest challenge was to shoot the whole film in just seven days with me acting and directing and with a lot of people who had never worked on a film set before, just on TV sets.

Did you have any difficulties with the censor?

Kamel: No, I made the film that I wanted to make. Once you go out and do your thing, you discover that people are not necessarily as opposed to it as you had assumed. In fact, we don't even have a film commission, so we had to ask permission at the Ministry of Culture. I think they couldn't even understand what we were doing! So we were lucky. They wanted the script; we gave it to them and got it back without any changes.

Which taboos do your protagonists break on screen?

Kamel: Having a stranger in your home – even a teenager – is a complete taboo; drug-dealing is another one; a woman leaving her house in the mourning period, the length of which depends on how traditional the family is and can last up to four months and 10 days. My character leaves her home because she needs to earn a living. 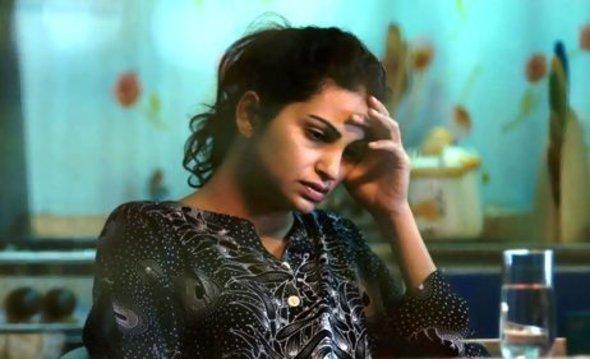 Subtle criticism of Saudi society: Ahd Kamel was required to submit the script of the film 'Sanctity' to the Saudi Ministry of Culture for approval. Despite the fact that it breaks a number of taboos in Saudi society, the script was returned to her without any requests for changes

The whole film is a taboo, but I try to show that Areej's choices were the best solutions for her. I made the film in order to raise this big question about a society that tries to live up to the standard of a perfect Muslim life, but doesn't live up to its rules. For example, men are no longer the breadwinners. We live in a modern world that is governed by ancient rules. The film is not an attack on Saudi society; it just raises big questions.

Kamel: A huge problem. We have a lot of illegal immigrants who come for the hajj and end up staying. But I address other immigrants, people who have lived here illegally for a very long time. They can't have children, can't even be admitted to hospitals, otherwise they'll be deported. We call these illegal immigrants "majhul", people without an identity.

Will your film be shown in Saudi Arabia?

Kamel: Privately yes, but not openly because we don't have cinemas or theatres. Until the late 1970s, there was a music scene and a huge thriving theatre scene. The religious awakening here began as a result of the siege in the mosque in Mecca (on 20 November 1979 – ed.), following the Islamic revolution in Iran. A few armed rebels claimed that the royal family wasn't enforcing Islamic law strictly enough and took over the grand mosque for two weeks. In order to appease them, the Saudi authorities imposed stricter Islamic codes. They closed down cinemas and forced women to cover their faces.

What are your future plans?

Kamel: For the time being, I will stay in Saudi Arabia and focus on acting while developing my next film. I'm ready to work with a director who can push me further as an actress.

What kind acting can you do in Saudi Arabia?

Kamel: I'm looking everywhere in the Arab world for anything that comes my way.

Philosopher Juergen Habermas was due to be awarded a major Arab prize in Abu Dhabi, but has turned it down following criticism. This decision torpedoes Arab efforts at a ... END_OF_DOCUMENT_TOKEN_TO_BE_REPLACED

In his book "Ground Zero: 9/11 und die Geburt der Gegenwart" (Ground Zero: 9/11 and the Birth of the Present) Islamic scholar Stefan Weidner analyses the consequences of the ... END_OF_DOCUMENT_TOKEN_TO_BE_REPLACED

As Qatar prepares to host the 2022 FIFA World Cup, the country has come under fire for its treatment of migrant workers, with some nations calling for a boycott of the contest. ... END_OF_DOCUMENT_TOKEN_TO_BE_REPLACED

German Middle East analyst Guido Steinberg and television journalist Ulrich Tilgner have both published new books on the conflicts in the Middle East. Their analyses and their ... END_OF_DOCUMENT_TOKEN_TO_BE_REPLACED

Televised Turkish dramas are all the rage in the Middle East. A young Ottoman TV Empire has been expanding its soft power by harnessing regional dialects, Arabic names and viewers ... END_OF_DOCUMENT_TOKEN_TO_BE_REPLACED
Author:
Igal Avidan
Date:
Mail:
Send via mail

END_OF_DOCUMENT_TOKEN_TO_BE_REPLACED
Social media
and networks
Subscribe to our
newsletter