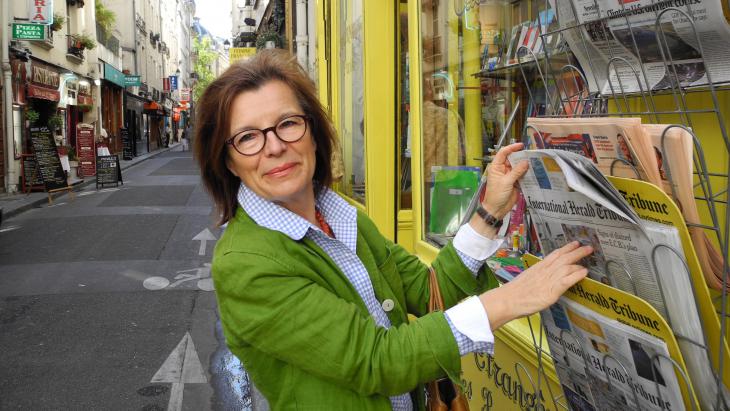 You describe mothers as previously overlooked experts, capable of playing a major role in the prevention of radicalisation? What is it that mothers can do, which fathers cannot?

Edit Schlaffer: Mothers are generally far more prepared than fathers to tackle the possible or already existing radicalisation of their children head on. An additional factor is that mothers find it easier to express their emotions, something which applies to their relationships with their children. This "emotional umbilical cord" is a resource. I think that IS fears this positive force. It has made many online appeals to recruits not to believe their mothers, urging them instead to cut themselves off from their families.

How is this "emotional umbilical cord" manifested?

Schlaffer: Even in cases where young people have already travelled to Syria to join IS, almost all of them attempt to establish contact with their mothers. They get in touch via Whatsapp, telephone, or email, at least once a week on average. Then come alarming messages, such as ″Mum, I love you. Forgive me, but I have to do this″, or ″I want to help the cause. I want to have a life I can be proud of. ″ But among those for whom the process of disillusionment has already set in – for girls this is after around six months and for boys frequently after twelve months – another sort of message emerges. One fighter, who realised that he was only being used as cannon fodder, wrote to his mother, ″I am terribly afraid, as I have to go into battle tomorrow. There are six of us and we only have one weapon. Who will survive?″

And is there anything the mother can do?

Schlaffer: There are a few cases of successful rescue operations, but it is usually already too late. IS does not voluntarily release its people. The return journey is a matter of survival.

Back to the radicalisation phase: what can mothers do when they recognise the first early warning signs? 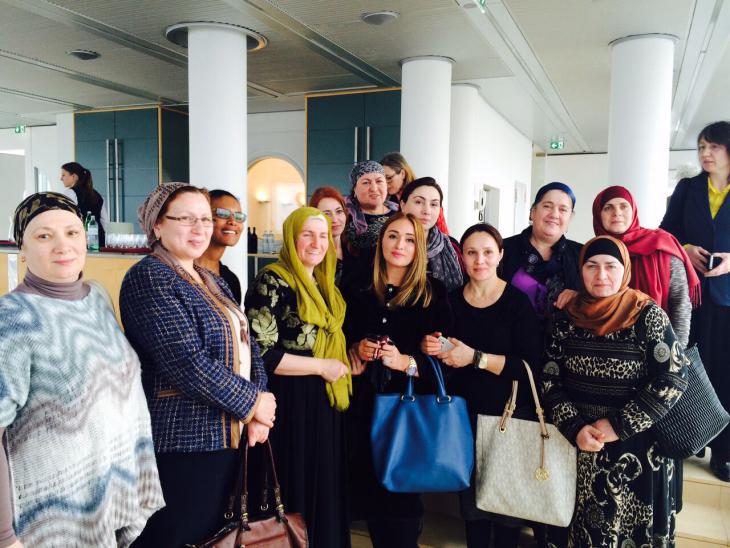 The Mothers School model is the first radicalisation prevention programme in Europe. The concept is tried and tested. Since 2013, Schlaffer has established Mothers Schools in a number of countries affected by crises, including Pakistan, Indonesia and Tajikistan. Last year, the project was launched in Europe. In addition to Austria, a Mothers School is now operating in Belgium

Schlaffer: The main thing is to strengthen the emotional bonds of the young person within the family. This means that a young person exhibiting changed patterns of behaviour should be approached openly and listened to attentively, as well being shown empathy and interest. When young people feel accepted, they will open up more and this draws them, as it were, in the direction of the family. If this doesn't succeed, then outside help is required. One should never try to hide from the situation or conceal it. It is a matter of communication and contact. And this is exactly what IS has mastered so well. The jihadists invest at least 100 hours in every possible young recruit until they succeed. They conduct informal and on-line conversations with such unbelievable attention and patience. And it works! We must not simply abandon this emotional terrain to IS.

What exactly does this mean? Let's assume a mother sees her child watching an IS propaganda video. How should she react?

Schlaffer: Well, she shouldn′t slam the door shut or engage in confrontation. Instead, the mother should approach the situation openly. For instance, she could say, ″That looks interesting. Can I take a look too?″ Her child will watch the video one way or another, so it is crucial that they do it together. This forms the basis for discussion. Then it is a matter of fostering doubt and ambivalence in the young person – and this, I believe, is the potential strength of mothers. In this video scenario, she could comment on a particularly brutal depiction by saying: ″I find this hard to bear. I wonder what the mother of the boy in this scene would think?″ These are the kind of responses that we teach in the Mothers Schools. We have to maintain as much intimacy as possible with these young people. The timeframe in which radicalisation takes place is becoming increasingly narrow. Nowadays, it often happens suddenly and a young person can leave for Syria within three months. However, at this point, it is important we recognise that they are not always entirely convinced about their decision. 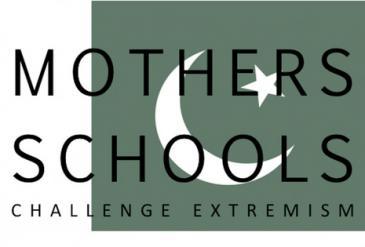 "Mothers Schools" as a model to prevent radicalisation: guided by qualified trainers, concerned mothers learn to recognise the early warning signals given by their children and to react appropriately. Over a period of many months, the women meet every week and follow a formal curriculum made up of ten modules, which provides the mothers with the behavioural tools to help them combat the potential or nascent radicalisation of their children

Schlaffer: Here is one example. A 17-year-old wanted to join IS. One day, his mother found his bed empty and knew right away that he had left for Syria. She got on a plane and flew to the Syrian-Turkish border. Somehow, she managed to find him and begged him to meet so that they could say goodbye. He was about to be recruited, but was still in the border area. A meeting actually took place. The mother did not question his mission in any way. She only said to him how happy she was that she could bid him farewell, but she wished that he could first take care of an important family matter back home before his recruitment. Of course, this was just a pretext by the mother. She managed to convince her son and he never returned to Syria. The mother told me later that on the flight back home, she could feel that he was truly relieved to have escaped the situation.

What exactly is the critical point where young people lose their emotional leverage to IS recruiters and are drawn into the IS fold?

Schlaffer: Firstly, those between 16 and 25 are most at risk. These are young people searching for a role in life and for recognition. If things go wrong, they are susceptible to external "toxic influences". This is one reason why, on average, young people with a migrant background are more at risk. They have a much harder time finding a place in society and are usually viewed as a "problem" instead of being seen as potential. By contrast, IS says, ″We need you and all of your qualifications! You will be the building blocks of the Caliphate.″ This almost unreal recognition offered to young people is one of the true "pull factors" in the recruiting process. Religion, in fact, plays only a secondary role. It is an accessory, a justification. In essence, the motivation is about creating an identity. We in the West have to ask, "What are we actually offering these young people? " We are dealing with a problem that affects society as a whole. A great many aspects have become seriously imbalanced.

You have talked to countless mothers whose children have left to fight in Syria. How do they deal with the situation?

Schlaffer: Initially, they are plagued by boundless desperation and endless pain. At the same time, they are filled with feelings of total isolation, shame and disgrace. It is interesting, however, that, without exception, they have a strong desire to help other mothers. They say that they want to save other mothers from having to go through similar experiences.

In the meantime, extremism hotlines, counselling centres and deradicalisation programmes have all been set up.. Are the Mothers Schools the best solution?

Schlaffer: No, there is no best solution. We must work simultaneously on as many different levels as possible, while encouraging greater participation by certain groups, such as teachers. The school is the first contact partner outside the family and the only place that young people are required to attend. Teachers are called upon to contribute here. We have to sharpen our weapons and mobilise all our energies in order to strengthen the defences of these young people.

Edit Schlaffer, 65, is an Austrian social scientist and feminist journalist. In 2002, she founded the organisation "Women without Borders" and in 2008, SAVE (Sisters Against Violent Extremism), the first women's anti-terrorism platform. Together with Ulrich Kropiunigg, Director of Research for Women without Borders, she conducted the study "Mothers for Change!" (2014), interviewing a thousand mothers whose children had been radicalised. Schlaffer has received numerous international awards, including the Soroptimist International Europe Peace Prize 2015.

Even in times of war and pandemic, refugees are still being deported to Afghanistan. Several deportation flights have taken place in recent weeks alone. Since those affected often ... END_OF_DOCUMENT_TOKEN_TO_BE_REPLACED

On 7 March, Switzerland became the latest European country to vote in favour of a so-called "burka" ban. It was yet another feather in the cap of the right-wing populist Swiss ... END_OF_DOCUMENT_TOKEN_TO_BE_REPLACED

What drives young men into the arms of Islamist extremists – and how can they be re-integrated into society? Five years after the deadly attacks in Paris, urgent questions remain ... END_OF_DOCUMENT_TOKEN_TO_BE_REPLACED

Austria's chancellor is seeking to criminalise "political Islam". The move would put non-violent, non-radical Muslims under blanket suspicion and is hardly helpful in the fight ... END_OF_DOCUMENT_TOKEN_TO_BE_REPLACED

Rather than suspecting Muslims in general, we need to co-operate more with Islamic scholars, Muslim congregations and associations, writes Muhammad Sameer Murtaza in his ... END_OF_DOCUMENT_TOKEN_TO_BE_REPLACED

END_OF_DOCUMENT_TOKEN_TO_BE_REPLACED
Social media
and networks
Subscribe to our
newsletter