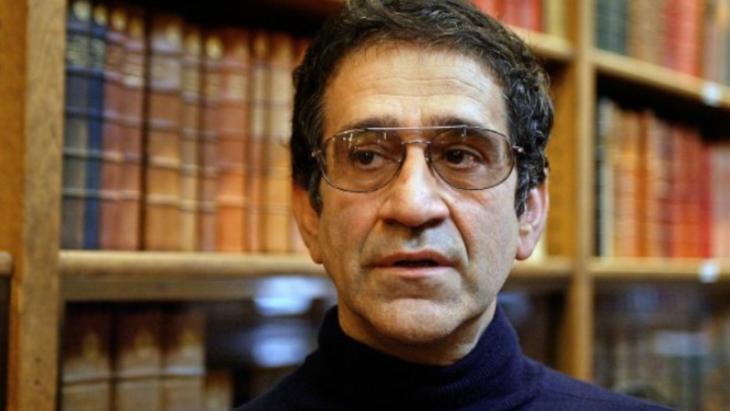 Interview with the sociologist Farhad Khosrokhavar
Radicalisation in the suburbs

The French-Iranian sociologist Farhad Khosrokhavar examines why people become radicalised and what factors drive them to jihad. In conversation with Claudia Mende, he explains why deprived suburban areas are hot spots for radicalisation and how Europe needs to react to the threat of terror

Mr Khosrokhavar, two weeks ago there was an Islamist-motivated knife attack in Paris. What kind of radicalisation did the attacker undergo?

Farhad Khosrokhavar: What weʹre seeing now are attacks by individuals, in which barely any other people are directly involved. If you like, these knife or vehicle attacks are a kind of revenge for the Westʹs fight against IS in Syria. These attacks are much more limited than the type of attacks we saw in Paris on 13 November 2015, which killed 130.

Is this attacker another migrant from a disadvantaged banlieue, a deprived French suburb?

Khosrokhavar: We know too little about the attackerʹs background so far, but he was of Chechen origin, becoming a naturalised French citizen in 2010. He is a young person with a background of migration and he lived in Strasbourg-Elsau, a social flashpoint. Such attackers are often young men like him, from migrant families in disadvantaged suburban areas. They feel rejected and stigmatised, have usually left school without qualifications and see no prospects for the future. Many of them are unemployed or in precarious jobs. These suburban areas have become hot spots of radicalisation. They exist in cities throughout Europe, not just in France.

As well as radicalised young men from disadvantaged sectors, there have also been attacks by middle-class perpetrators. Are these isolated cases? 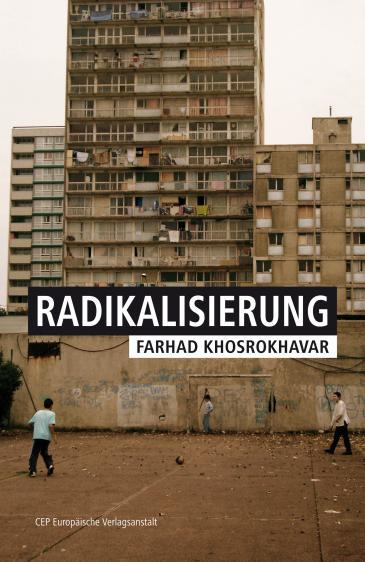 Urban structures can create jihadism: "we have more and more deprived areas in our cities, where migrants have no perspectives at all. We have to try to offer these young people the same opportunities to participate in society. Sociological studies show that a young man named Mohammed does not have the same opportunities in Germany, France or the UK as someone called Robert," says Farhard Khosrokhavar

Khosrokhavar: Theyʹre not isolated but they are a minority of cases. A quarter to a maximum of a third of the attackers are middle-class, although we donʹt have precise statistics. In the majority of incidents, the attackers are young people from disadvantaged sections of society, whose families immigrated to France and whose lives play out in the desolate suburbs.

Do the two groups have anything in common?

Khosrokhavar: Not in social terms; what connects them is their identification with radical Islam. In the cases where disadvantage plays a role, itʹs primarily hate for society, the feeling of being rejected, a second-class citizen, that ends up driving them to jihad. There are negative terms for these migrants almost everywhere in Europe. In France, theyʹre called "Francais sur les papiers" (French on paper), in Germany "passport Germans", in the UK "Pakis". This dimension is very important for understanding radicalisation.

And the middle-class attackers?

Khosrokhavar: In their case, hate for society isnʹt a significant factor to begin with. It has more to do with uncertainty about life. Whatʹs striking about these young people is their lack of any humane utopia. That gap represents a huge window of opportunity for jihadist utopia. The middle-class attackers donʹt have criminal records and they donʹt live in social flashpoints. They donʹt feel marginalised, so they have very different psychological prerequisites.

Do you have an explanation for the frequency of attacks in France?

Khosrokhavar: Firstly, France boasts Europeʹs largest Islamic community, with about five million Muslims. By contrast, only about three million Muslims live in both Germany and the UK. The French Muslim community also has a different structure. Whereas Germany is mainly home to Muslims of Turkish origin, French Muslims usually originate from northern Africa. Franceʹs colonial history plays a role here, as does its particularly strict version of laicism. The ban on headscarves in the public administration and schools system, or the ban on Muslim sports clothing in the name of laicite, leads to more tension, whereas in Germany or the UK people arenʹt necessarily fond of headscarves, for instance, but theyʹre more tolerated than in France.

In Doha, Arabs from Morocco, Tunisia, Egypt and Algeria are gathering to celebrate the first ever FIFA World Cup to be held on Arab soil. The criticism from Europe? Over the top, ... END_OF_DOCUMENT_TOKEN_TO_BE_REPLACED

"Rebel Game: The Power of Football in the Middle East and the Qatar World Cup", an anthology published by Middle East researchers Jan Busse and Rene Wildangel, takes the upcoming ... END_OF_DOCUMENT_TOKEN_TO_BE_REPLACED

After a two-year hiatus, the Arab League re-convened at the beginning of November in Algiers against a backdrop of uncertainty and discord. By Pierre Boussel END_OF_DOCUMENT_TOKEN_TO_BE_REPLACED

The history of Jews and Muslims is far more entangled than you might imagine – but you have to listen out for it. In "Recording History", Christopher Silver takes us on a sonic ... END_OF_DOCUMENT_TOKEN_TO_BE_REPLACED

Welcome to the world of Al Qasar, where Arabic music collides head-on with punk and psychedelic to create something powerful and beautiful. "Who Are We" is a raucous, subversive ... END_OF_DOCUMENT_TOKEN_TO_BE_REPLACED

Comments for this article: Radicalisation in the suburbs

It is a shame how a sociologist moves from a socio-economic ground to a superficial one. First, words like "jihad" and "radicalisation" are not questioned and not even put in inverted commas. Why don't we call the socio-economic structure of the suburbs itself a creation of radicalised and extremist policies of the state? Second, there is no mention at of the role of history: the recent wars, humiliation of Muslim brothers and sisters, the imposed economic policies on "Muslim" countries through criminal programmes of enslavement led by the IMF and the World Bank in colloboration with the local corrupt and often dictatorial elite? No mention of rendition, Guantanamo, torture, shitting on the Qura'n, racist magazines like Charly Hebdo, hypocrisy of Westerners - "Je suis Charlie" but not "Je suis Palestinien", for example. I do think a sociologist should analyse and attack power relations and the structural violence of state, Western and regional as the main culprits. I guess that is a taboo. After all, we are "democracies" defending ourselves against hordes of barbarians who do not know what Islam is. They need a "liberal, enlightened Islam".

END_OF_DOCUMENT_TOKEN_TO_BE_REPLACED
Social media
and networks
Subscribe to our
newsletter