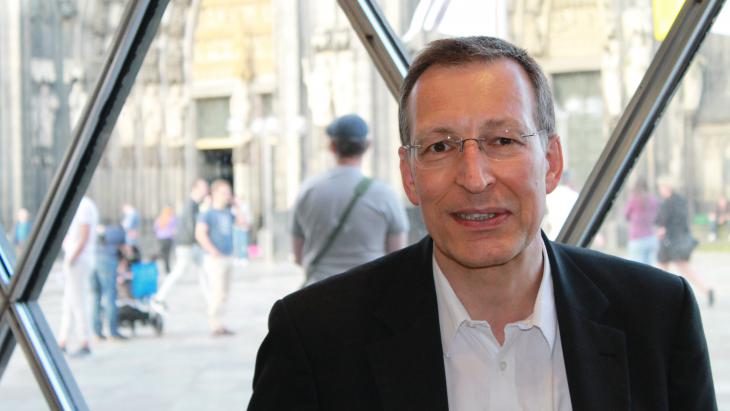 Interview with the theologian and Islam scholar Felix Koerner

"Clean theology is good for every religious community"

At the start of the millennium, the Jesuit priest Felix Koerner conducted research in Ankara and engaged with theologians who were streets ahead of their Arab colleagues when it came to libertarian and progressive thought. But the role of religion on the Bosphorus has changed dramatically since then. In an interview with Carolin Kubo, Koerner talks about the interdependence of religion and the state in Turkey and why interfaith dialogue is at a more advanced stage in Germany

You carried out research in Ankara between 2002 and 2008, devoting yourself to interfaith work with theologians and philosophers. At the time, the rising figure of Recep Tayyip Erdogan was being feted as a visionary and a saviour. What has become of "your" Turkey?

Felix Koerner: I arrived in a country that was on the brink of a new beginning. You could almost see how Turkey was blossoming, in three dimensions: with more wealth, more trust and also more plurality. People were beginning to enjoy their differences; while one woman might wear a headscarf, another would not and both ways were fine. But it didn′t last. Now, the old polarisation models familiar to us from the 20th century are being rolled out yet again.

Back in early 2015 you warned of the fact that Erdogan was exploiting religion, among other things, to achieve his political ends. And now? Has "the Moor" finished with religion, or is there more to it?

Koerner: I would say the latter. Erdogan's exploitation of religion doesn't follow the tram principle, jumping off as soon as he′s reached his destination. That′s how he exploited democracy. He only needed it to take power. But with religion, it′s different. Despite the way things may look from the outside, Erdogan is a committed Muslim and believes he is serving the realisation of Islam. But he also is using the religion of the majority of the population to cement support: "Finally one of us, who will sweep away this despicable laicism that we never wanted in the first place."

Koerner: Christians are not persecuted in Turkey. Neither do they suffer legal discrimination. But Christians do occasionally experience a certain level of social discrimination. In other words, they are sometimes viewed as aliens upsetting the unity of the nation. An elderly Armenian woman once told me that her Turkish neighbour asked her, in a completely friendly way: Ah, you're Armenian, when did you actually come to Ankara? And the Armenian woman replied: When did I come? That's a question I should be asking you! We were here before you. 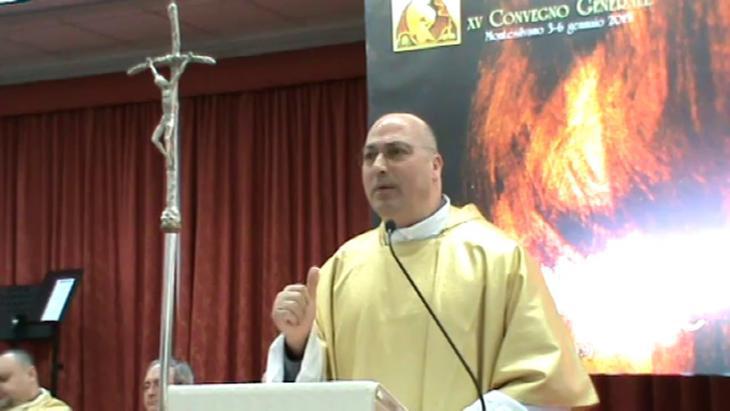 No need to panic: the Catholic Church in Turkey remains calm, even in the aftermath of the failed coup. No member of the church has been subject to any threats, either during the putsch or the state clean-up afterwards, declared Anton Bulai, secretary-general of the Turkish Bishops′ Conference recently. ″It wasn′t about Christians or religion. As a result we are not worried,″ says Bulai

What will be the impact of the European Court of Human Rights' ruling that Turkey is discriminating against the Alevi faith, by denying followers the right to freedom of religion?

Koerner: That the Alevis perceive themselves as a separate religious community will probably be construed by the official Turkish side thus: you have brought a seed of discord from Europe to Turkey. This is how we – the nation – lose our unity and how we – the religious authorities – lose our influence on a significant proportion of the population, formerly regarded as and treated as Muslims.

You accuse this religious authority, previously established to guarantee the rational handling of religious issues, of conducting itself in a "cowardly, if not collaborative" manner in its dealings with Erdogan.

Koerner: Here we have an error in the allocation of politics and religion. An authority controlled by the prime minister managing Islamic religious affairs? Religious civil servants paid by the state? Subservience is a foregone conclusion. In such a context, religion can scarcely serve as a critical counterweight.

In April there was renewed debate over the fact that Turkey continues to dispatch some 900 imams to the (also around 900) DITIB mosques. Some say that Turkey is exerting too great an influence on Muslims living in Germany. Do we really need German imams?

Koerner: That's something the Muslims must decide for themselves, of course. We can't do anything about the fact that the religious authorities are sending personnel, nor do we have to. Imams increasingly serve a pastoral function; and we don't begrudge anyone a good pastor. In conversations with Muslims living in Germany I also ask: do the imams who are sent here have sufficient education and talent to be able to offer spiritual assistance to people here? Do they really appreciate the challenges of religious life in a parallel world? Some of the imams who come here are also academics, they are empathetic, interested in religious and cultural life in Germany, they are bridge-builders. But yes, the next step following the opening of the Institutes of Islamic Theology must necessarily be a seminary to train Islamic pastors for Germany. 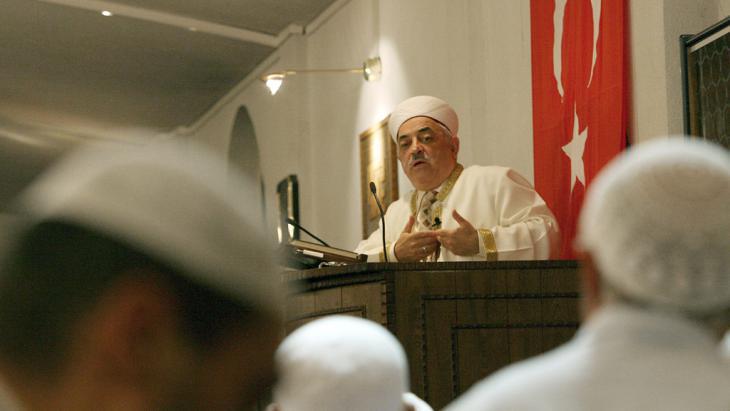 DITIB imams under fire: the clerics have come in for harsh criticism in the past over their lack of German. Moreover the close links between DITIB and Turkey′s state religious authority Diyanet are also viewed as highly problematic. DITIB on the other hand is at pains to point out that the German mosque associations themselves request religious teachers from Istanbul and Ankara. DITIB is also against the idea of banning foreign clerics from preaching in Germany

Your research in Ankara was at the time dealt with by the theologians of the "Ankara School", who included hermeneutical viewpoints in their Koran exegesis. One of them, Professor Omer Ozsoy, now lectures at the Goethe University in Frankfurt. You sometimes lecture close by at the Sankt Georgen Graduate School of Philosophy and Theology. Are you still in touch?

Koerner: Our main meeting is once a year when we get together in Jerusalem as interlocutors, friends, theology colleagues and team teachers. As part of the theology academic year at the Dormitio Abbey on Mount Zion, we hold a lecture together. Our audience – made up of people who are also our critics – are young Protestant and Catholic theologians, but more recently there have also been a number of Muslims present.

What has become of the reformist-theology approaches of the "Ankara School"?

Koerner: Plenty of things are happening in Ankara at the moment without any great fanfare. Some theology lecturers there are teaching with a healthy portion of intellectual vigour and self-criticism, they also invite Christian interlocutors for debates with themselves and their students – I try and get there once a year; but you don't have go along with a label such as "modern" or "hermeneutical" or "historically critical", or even just "Ankara School". Conducting clean theology at university: that's good for every religious community!

For years you have been regarded as a role model for the dialogue with Islam. Do you see any regional peculiarities when you compare Germany, Turkey and Italy?

Koerner: It's not the case that most of my students come from Italy. We have young people from 124 nations at the Gregorian University. But Islam – that's a highly alien concept for Italians. The country also doesn't have a history of co-existing confessions. In this respect, Germany is at a more advanced stage with its equally strong Protestant and Catholic communities.

You once described "dialogue" as "the modesty to accept that my interlocutor has already been touched by the spirit of God and that Christ is telling me something new through him or her." What message can we take from the refugees who are bringing many Germans into a dialogue with Muslims for the first time?

Koerner:  That religion can guide us through our entire life, the way we cope with strokes of fate, but also our ideas for the political organisation of the world. As one acquaintance said to me recently: the refugees are making us better people.

The Jesuit priest and Islam scholar Professor Felix Koerner conducted research in Ankara from 2002 to 2008 into new hermeneutic approaches to Koranic exegesis, dedicating himself during that time to interfaith dialogue. He has been teaching at the Pontifical Gregorian University in Rome since 2008.

Few Muslims have to date visited the Auschwitz-Birkenau concentration camp memorial site. Now high-ranking representatives of Muslims and Jews are travelling together to the place ... END_OF_DOCUMENT_TOKEN_TO_BE_REPLACED

The terror attacks in Paris, Brussels and Berlin were all carried out by men radicalised in jail. In Germany, politics and the judiciary are trying out new approaches to prevent ... END_OF_DOCUMENT_TOKEN_TO_BE_REPLACED

Elke Muller is fighting for her daughter Anna, who fell in love with a young Afghan and converted to Islam. The mother spoke to Esther Felden about feeling alienated and her fear ... END_OF_DOCUMENT_TOKEN_TO_BE_REPLACED

As historian Wiiliam Dalrymple writes in his essay, scholars are only now beginning to realise the extent to which the Mughal emperors adopted what most would assume to be ... END_OF_DOCUMENT_TOKEN_TO_BE_REPLACED