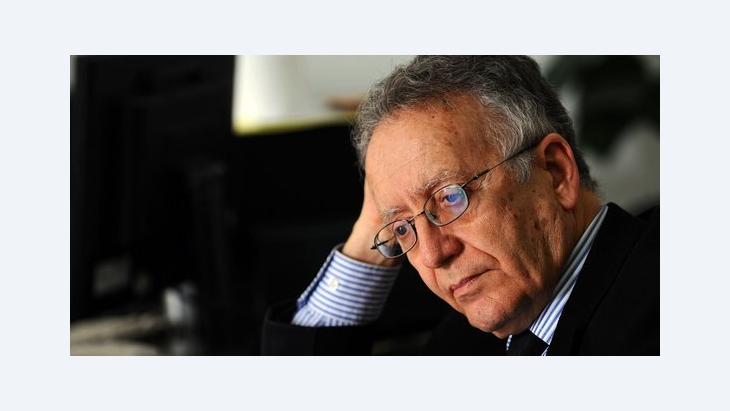 Yadh Ben Achour is the winner of the 2012 International Democracy Award Bonn. The Tunisian lawyer and expert on constitutional law told Chamselassil Ayari how Islamist forces are gaining strength in his country

Following the revolution against former dictator Ben Ali, you as an expert on public law were given the difficult task of setting the course for a democratic transition in Tunisia. What have you achieved?

Yadh Ben Achour: A lot. For instance, we worked out a party law based on pluralism and the equality of sexes. We founded an independent election commission to ensure free and fair elections. We passed laws for the protection of the freedom of the press, based on principles of democratic pluralism.

It's now been two years since the revolution. Did the "Jasmine revolution" also achieve its political goals?

Achour: The revolution is a long-drawn out process, it takes a lot of time and patience. But I believe we have achieved some important goals: pluralism, a constitutional state, democratic principles and free and fair elections – and an open dialogue among political parties and politicians. Of course, that's only a fraction of a major reform agenda. Implementing it will take decades.

Your job ended in October 2011 when the Islamist Ennahda party won the Tunisian Constituent Assembly Election. The party has a different political agenda, but you and other lawyers presented the assembly with a draft constitution. How did the Assembly react?

Achour: Unfortunately, reaction to our draft constitution was very guarded. It was a very progressive draft, more advanced than the ideas harbored by most of the deputies in an assembly dominated by conservative members. 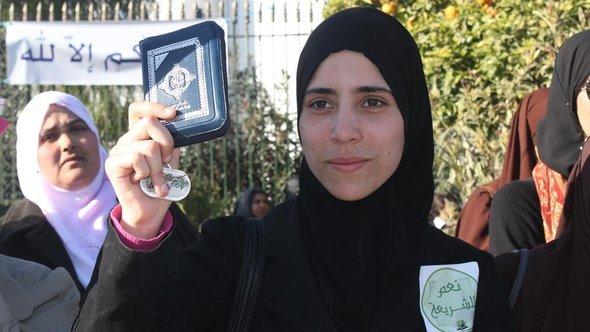 Yadh Ben Achour: From a political point of view, the introduction of certain sharia rules such as the death sentence and stoning is completely unjustifiable. It contradicts the modern concept of humanity. But I wouldn't find consulting sharia law as a moral reference problematic.

​​For instance, we proposed abolishing the death sentence, adding an explanation along the lines of universal human rights principles. But the Constituent Assembly pursues what is known as "blank page policies": delegates do not consider proposals by external experts, they only heed their own experts. In my mind, that is a faulty approach.

Tunisia has seen some heated debate about the significance of Islam in the political system. This issue isn't even mentioned in your draft constitution.

Your grandfather was a well-known Tunisian Islamic scholar – but you are opposed to a constitution based on sharia. Isn't that a contradiction?

Achour: No, not at all! There is great disagreement concerning the definition and contents of sharia. From a political point of view, the introduction of certain sharia rules such as the death sentence and stoning is completely unjustifiable. It contradicts the modern concept of humanity. But I wouldn't find consulting sharia law as a moral reference problematic.

What do you mean by "moral reference"?

Achour: What I mean is that Islam is a religion of tolerance and liberty. It guarantees religious minorities freedom of religion and it guarantees people personal freedom. Unfortunately, some people hold on to rigid, archaic rules.

Achour: I do not support laicism (secular control of political and social institutions in a society – the ed.). I never urged introducing laicism as a foundation for Tunisia's political system. Neither do I propagate the separation of state and religion. But I am vehemently opposed to a political party pursuing policies in the name of Islam. The worst dictatorship can arise when borders between politics and religion become vague and the distribution of powers is cancelled in the name of religion.

There was a stealthy re-Islamisation of Tunisian society even under Ben Ali's rule. In the framework of the revolution, we're seeing radical movements such as the Salafists grow stronger. Is that an alarming development?

Achour: Yes it is, particularly when it is accompanied by violence. In principle, everyone is free to have their own political and religious convictions – that includes the Salafists. The freedom of opinion is a prized democratic achievement! In the meantime, the Salafists have founded their own party. Unfortunately, some Salafist groups do not shy away from violence. To me, it is very alarming that the government isn't consistently taking drastic measures against them. If we allow violence in the name of God, we endanger our democracy and undo our revolution's accomplishments.

That doesn't sound like a positive scenario for the future.

Achour: No one can predict the future. Tunisia is in a difficult phase full of contradictions, mistakes and deviations from the revolution's original demands. We must protect ourselves from these threats and continue our battle for a free country that remains true to the goals of its revolution.

Yadh Ben Achour, born in 1945, is a Tunisian lawyer and expert on constitutional law. From March to October 2011, Achour headed the "High Commission for the realisation of the goals of the revolution, political reform and a democratic transition". On September 6, 2012, Yad Ben Achour was awarded the International Democracy Award Bonn.

Home
Print
Newsletter
More on this topic
Tunisia after the Elections: Ennahda and the Challenges of DemocracyPolitical Islam in Tunisia: Who's Afraid of Rachid Ghanouchi?Tunisia after Ben Ali: A Revolution on the Road to Democracy
Related Topics
Arab Spring, Arabellion, Democracy and civil society, Ennahda movement, Islam and democracy, Islamism | Political Islam, Moncef Marzouki, Rachid Ghannouchi, Secularism in the Islamic world, Sharia, Tunisian Revolution
All Topics

Although many Arabs express sympathy for the Ukrainian people, social media reveals a current of support for Russian President Vladimir Putin that is rooted in polarisation, ... END_OF_DOCUMENT_TOKEN_TO_BE_REPLACED

As Pride Month draws to a close, Richard Marcus delves into Saqi Books’ latest publication, "This Arab is Queer". Edited by Elias Jahshan, this anthology of essays is remarkable ... END_OF_DOCUMENT_TOKEN_TO_BE_REPLACED

Algeria's decision to unilaterally sever diplomatic ties with Morocco in August 2021 – days after the presidency announced in a statement their relations would be reviewed – was ... END_OF_DOCUMENT_TOKEN_TO_BE_REPLACED

Madrid's about-face on the Western Sahara conflict has enraged Algeria. Trade relations have been frozen unilaterally and a cut in gas supplies to Europe could be in the pipeline ... END_OF_DOCUMENT_TOKEN_TO_BE_REPLACED

With regard to gender justice, things look bleak in the Arab world. Laws typically discriminate against women, while national legislation all too often does not comply with the ... END_OF_DOCUMENT_TOKEN_TO_BE_REPLACED

END_OF_DOCUMENT_TOKEN_TO_BE_REPLACED
Social media
and networks
Subscribe to our
newsletter