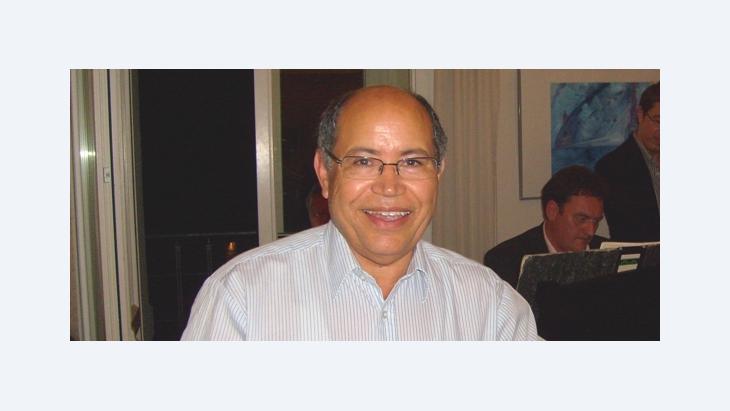 ﻿Mohamed Turki is a philosopher of history, a lecturer in philosophy at the University of Tunis and a member of the Society for Intercultural Philosophy. In this interview with Ceyda Nurtsch, he speaks about the risks and opportunities of the Arab Spring and explains why an intercultural approach is unavoidable when creating new democracies

You are a critical observer of the developments in the Arab world. The people in Syria have been protesting on the streets for a year now. Has the Arab Spring given rise to expectations that it cannot meet?

Mohamed Turki: Things started out well in the Arab countries and they really did give rise to hopes of a spring. One got the feeling that the Arab Spring would make the revolution blossom. It was not without reason that the revolution in Tunisia was called the "Jasmine Revolution". Unfortunately, however, the result and the consequences of the process of democratisation in these countries turned into a hot and bloody summer.

Staying with this analogy for a moment, autumn showed that uprisings were increasingly being crushed in a bloody manner. We saw this happening in Libya and also in Yemen, and before that in Bahrain, and we are currently seeing it in Syria. This was not what those who started the revolution had in mind or what they intended when they set this process in motion in Tunisia and Egypt. They wanted to bring about a peaceful process of democratisation across the entire Arab world. 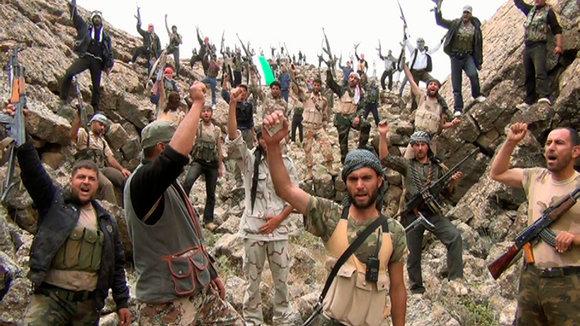 "Although the process is certainly not finished by a long shot, there is the risk that the Arab Spring could turn out to be a twilight of the gods because the movements are increasingly being brutally crushed." Nevertheless, Mohamed Turki is cautiosly optimistic about the development of events in the Arab world." Pictured: Free Syrian Army rebels in Daraa

​​Basically, they were demanding the principles of human rights, freedom and justice. Above all they wanted to fight nepotism and corruption and to make sure that the new structures and institutions had a human not a bloody face. Although the process is certainly not finished by a long shot, there is the risk that the Arab Spring could turn out to be a twilight of the gods because the movements are increasingly being brutally crushed.

The famous Algerian scholar of Islamic Studies, Mohammed Arkoun, criticises the "dogmatic closed nature of the system" in Arab society. You too agree with the Lebanese historian Hisham Sharabi in his criticism of the neo-patriarchal system, which you consider to be a major evil.

Being modern is a project that has many facets and necessitates many changes too. It begins with the rule of law, includes human rights and goes right up to economic, political and social structures, which should all be open. This is not the case with either neo-patriarchates or patriarchates.

How can these structures be overcome?

Turki: I consider three points to be essential. First of all, economic structures have to improve. Then social changes must be driven forward. I am speaking here, for example, of the emancipation of women, but more fundamentally of the way people interact with each other socially. There is absolutely no point in appearing to be very modern on the outside, while at the same time upholding patriarchal structures within the family, structures that are not based on any principle of equality.

Thirdly, we need political changes. But let me be perfectly clear about one thing here: I don't want any imports! Democracy is not an import, but a continual, on-going process within society itself, a process that keeps developing, moving itself forward, and correcting its course. 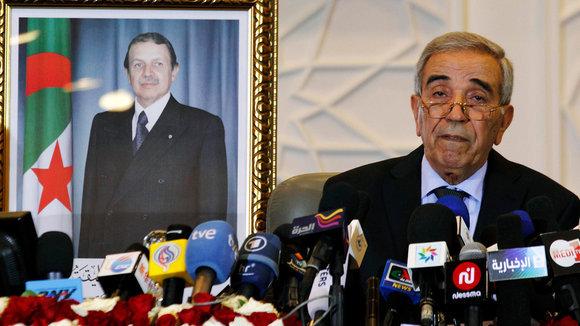 "In Tunisia, there are intellectuals who are criticising this state of affairs and don't accept it; they will get themselves organised in time. In this respect I am optimistic – not very optimistic, but optimistic nonetheless." Pictured: Algeria's Minister for the Interior Daho Ould Kablia announces yet another term for President Bouteflika in May 2012

​​In short, we cannot simply adopt Western models; we have to consider the reality in these countries. We have to ask ourselves: what are the fundamental elements here and how can we change them to make sure that they are adapted to the times we live in. If we take these three elements into consideration – the economical, the social and the political – we will basically have the modernist project as a process.

We often heard people in Arab countries saying that they managed the revolution without the help of the West or even despite the West.

Turki: I have an aversion to this kind of black-and-white view of things, along the lines of: the West has everything; it has enlightenment, thought; it has the schools and the thinkers; and everyone else just has to follow and subjugate itself, be inspired or adopt, and cannot play a creative role in the process. I think that is the wrong way of looking at things. Again and again, especially over the past 200 years, there have been thinkers and attempts to start this process of enlightenment in the Arab world.

For example, the constitution in Tunisia dates from the year 1864, in other words from the time before the French occupied the country and colonised it. In other words, the Tunisians were already well advanced in terms of demands for changes to social structures. Carthage also had its own constitution.

But the point here is not to search for the source; after all, everything is in flux. Adopting things from the West is just as much part of this process as shaping events creatively. If we live in an open society, there is no such thing as "here is the West and over there is the East". The most important thing is that we work together and not against each other. Interculturally and transculturally: these are the elements that bring us forward, not Manichaeism, thinking in terms of black and white or thinking in terms of opposites. Ultimately, the West is a product of historical developments, just as the Arab-Islamic cultural heritage is.

You say that the Arab Spring catapulted the Arab countries from the Middle Ages into the third millennium and compare it with Kant's theory of "man's emergence from his self-incurred immaturity". In this respect, you say that women have a special role to play. Was it women who gave Arab countries the enlightenment?

Turki: First of all, I would like to say that fundamentally speaking, this process is not one that is driven forward only by men or only by women. It is carried by the young, and they don't recognise gender differences. When young people communicate with each other via Facebook and Twitter, they very often don't know each other, but they share common goals. They are first and foremost people; that is what matters. We cannot allow ourselves to lapse into a feminist or a sexist attitude. 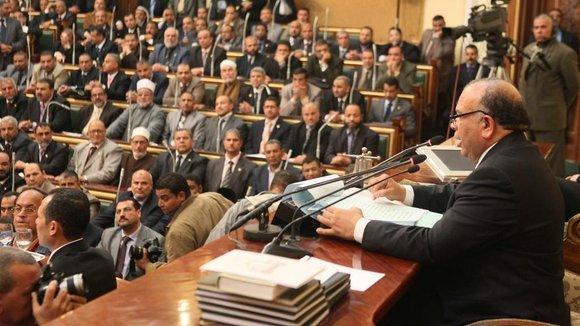 "The Islamists do not have a clear political programme on economic structures and the future prospects for their countries. You can't just feed the people slogans that can only be reduced to the question of identity or cultural identity," says Turki. Pictured: Islamist fraction in Egypt's parliament

​​I consider it necessary that we speak here of a process that carries humanity, that brings us forward in the spirit of a society where everyone is equal, is recognised, can voice their demands and can in turn be criticised so that the project can be improved. This project must not be Western or Eastern.

It must be universal. And that, basically, is the most important aspect of enlightenment, which, incidentally, did not start in the eighteenth century, but in the Arab-Islamic world avant la lettre, as the saying goes, in other words in the eleventh century with Avicenna and in particular Averroes.

The West is reacting sceptically to the Islamist governments in the Maghreb. They are not sure what to make of them. The press has often resorted to comparisons with Germany's conservative CDU or Turkey's AKP. Critics feels that the Islamists are sacrificing the needs of their people on the altar of their ideology.

Turki: I partially agree with this criticism. The Islamists do not have, for example, a clear political programme on economic structures and the future prospects for their countries. You can't just feed the people slogans that can only be reduced to the question of identity or cultural identity. If the people are hungry and the economic and social conditions are not improved in time, then the governments will above all become victims of their own ideology and not the other way around. The people will continue to fight for their rights and they will enforce them.

Happily, there are now several political and parliamentary parties that are saying: "now we have to take care of the basic needs of the people, and set about eliminating the differences between the coastal areas and the hinterland, between the cities and rural areas, between those that are actually working and generating the gross national product and those that credit themselves with doing so."

In Tunisia, there are intellectuals who are criticising this state of affairs and don't accept it; they will get themselves organised in time. In this respect I am optimistic – not very optimistic, but optimistic nonetheless.

Prof. Dr. Mohamed Turki was born in Gabès, Tunisia, in 1945. He studied Philosophy, Romance Studies, and Sociology at the University of Münster in Germany. From 1980 to 2008 he taught philosophy at a variety of universities in Germany (Bremen, Gießen and Kassel) and Tunisia (Sfax and Tunis). The main focus of his work has been on existential philosophy (Sartre's existentialism in particular), Bloch's utopia and Arab-Islamic philosophy. He has also investigated new prospects for intercultural philosophy to promote dialogue between civilisations. He has published numerous works in Arabic, French and German.

Political analyst Taqadum al-Khatib argues that Egypt can, in co-ordination with its European partners, develop a common vision to solve the complex conflict in Libya. For this to ... END_OF_DOCUMENT_TOKEN_TO_BE_REPLACED

The upheavals of the past year in the MENA region are arguably as momentous as those of the Arab Spring in 2011. Yet perhaps the biggest difference is that our interest seems to ... END_OF_DOCUMENT_TOKEN_TO_BE_REPLACED

In 2019, the long-running Penguin Classics series released its first novel translated from Arabic: Tawfiq al-Hakim’s "Return of the Spirit", conveyed into English by William ... END_OF_DOCUMENT_TOKEN_TO_BE_REPLACED

Equality in divorce, a ban on polygamy: reformers of Islamic family law have a clear agenda. They are exploiting the ambiguity of traditional jurisprudence. By Joseph Croitoru END_OF_DOCUMENT_TOKEN_TO_BE_REPLACED