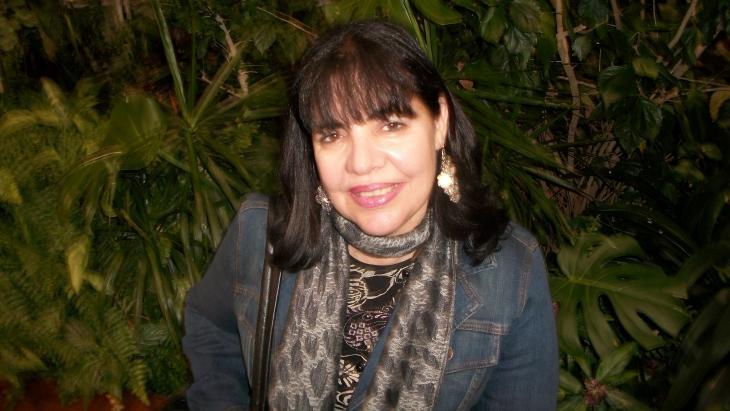 "Nothing can stop me from spreading my wings"

In Tunisia, the poet Najet Adouani is regarded as a courageous fighter for both the free word and women's rights. Born in the south of the country in 1956, her most powerful weapons are the beauty of language and the poetry of her images. However, when it became clear that she was a Salafist target, she had to leave Tunisia at short notice. Adouani is currently living in Berlin, where Claudia Kramatschek met her

Ms Adouani, a German-Arabic collection of your poetry entitled "Meerwueste" (Sea Desert) came out in spring 2015. It contains the lines: "I have the eyes of a falcon, the wings of a dove, and a throat of metal." Why a throat made of metal?

Najet Adouani: In my throat nests the pain of all those to whom I lend a voice. For their sake, I have to be as strong as a bird – a bird with powerful pinions. Only the strong can put up peaceful resistance to violence and the brutality of dictatorships. So my poems are dedicated to all those who require freedom, who need peace and safety.

In another poem, you write: "Because God chose the poets, he dug a pit for them on every path." Did he do this to you too?

Adouani: God and the police are one and the same: they both want to set traps for the true word – the free word, the word that expresses the way things really are. I, however, resist being restricted by either of these powers. They both want to lock me away, but I need open spaces. 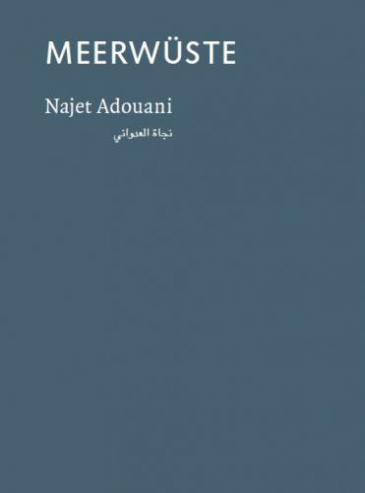 "My poems are dedicated to all those who require freedom, who need peace and safety," says Najet Adouani of her German-Arabic collection of poetry entitled "Meerwueste" (Sea Desert)

Many of your poems pay homage to your grandmother, who was a Berber. The itinerant life is part of Berber culture. To what extent are your poems influenced by travel itself?

Adouani: I began writing at a very early age – in my mother's garden, in my childhood home, which offered a great deal of space and had everything I needed. And then I began travelling with my words. There's a Bedouin in me. That's why I'm always travelling, even when I stay in one place. I love freedom; I hate borders and walls. So I like it when my house has a balcony. From a balcony, both my past and my future are open to me.

You've been living far away from your homeland since 2012, surrounded by a foreign language. What does that mean for you as a writer?

Adouani: Even when I was still in Tunisia, I spent most of my time elsewhere. I had to leave my country once before in early 1983 and spent a long time living outside Tunisia. I only went back a few times to see my mother, who still lives there. In general, though, I don't write for a specific target group, neither for Tunisians nor for a purely Arab readership. I address every single person, regardless of space and time.

How do you feel about the continuing catastrophic refugee situation in the Mediterranean?

Adouani: In my eyes, human life is the most precious thing in this world. So for me, it's terrible to have to watch young people drowning every day, people who are fleeing dictatorships or starvation, or because they have no homeland any more. I'm not in favour of illegal immigration, I'm against it. But I'm also against more and more borders, against walls, internment camps and laws that enable these people to be sent back or arrested. As long as dictatorships, unemployment and poverty prevail in their countries, they'll keep coming. They come because it's the only option left open to them. It's their way of committing suicide. I don't have a ready solution to hand; I only know one thing: we won't be able to stop them.

You're in Berlin as a guest of German PEN's "Writers in Exile" programme. On the one hand, that means you're in safety. On the other, a label like "writer in exile" can also become a kind of prison in itself.

Adouani: Sometimes you don't have a choice. Being in exile is better than being in prison, where terrible things can be done to people. I'm not in prison; I'm in a wonderful city, a place I love, which is beginning to become a part of me. I miss the city when I leave it. I've started making friends here. And then there's PEN, which has helped me and the others here enormously by making it possible for us to rebuild our lives – we are not just surviving, but living and writing. If I wasn't here, who knows what would have become of me? Perhaps I'd have ended up in prison, like many others I know. Everything's fine with me – despite my loneliness and despite the fact that I miss many people, such as my family for example. 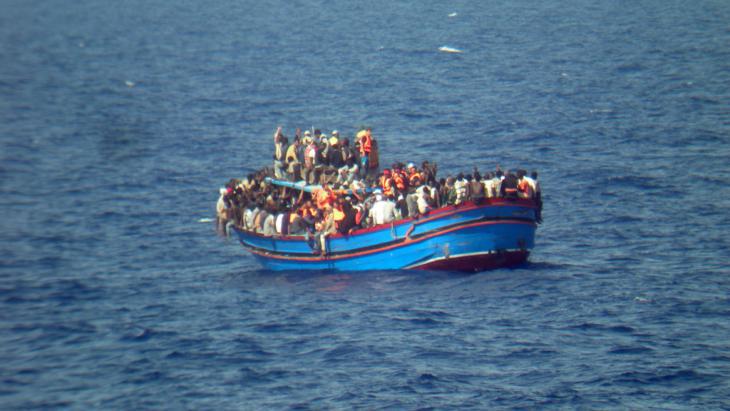 Unfathomable human suffering: "I'm not in favour of illegal immigration, I'm against it. But I'm also against more and more borders, against walls, internment camps and laws that enable these people to be sent back or arrested. As long as dictatorships, unemployment and poverty prevail in their countries, they'll keep coming. They come because it's the only option left open to them," says Najet Adouani

What are you writing about here in Berlin?

Adouani: Every place has its own perfume. So the poems I am writing at the moment wear the scent of this city. I've begun to use a new language, a new technique, new metaphors – above all from everyday colloquial language. Colloquial language is the language of today's generation. And what is happening to them, what this generation is suffering, has to be clothed in a new language. My readers might find that shocking …

The fact that you've had to flee your homeland twice now plays only a marginal role in your poetry. It seems to be generally difficult to capture flight and exile in literature.

Adouani: When I had to leave Tunisia for the first time in early 1983, I left very suddenly. I was very young and very scared. My mother pressured me to leave. She said: I don't want to see you dying before my very eyes. This time, everything had to happen very quickly too. I was still sitting on my bed hours before my flight took off. I felt paralysed. I didn't say goodbye to my mother, nor to my sons; I told them I was going on holiday. When the plane took off, my mind was empty. Everything stopped inside me. There was only cold, blindness, nothing.

So the young people who cast themselves into the sea in those tiny boats are very familiar to me. I know their hopelessness. The way they spend their days, asking their mother for some change to go to a cafe. They leave because they have nothing but their lives. But even when you write about painful things, you spread your wings. I always try to do that. I have to be free for the sake of those who have no voice. Nothing can stop me from spreading my wings.

The anti-Israeli Quds Day did not take place this year – a first both for Iran and Lebanon's Hezbollah. While Hezbollah leader Nasrallah sees his organisation in a state of siege ... END_OF_DOCUMENT_TOKEN_TO_BE_REPLACED

In "Sprache und Sein" (Language and Being) the activist Kubra Gumusay critically examines the function of language – the narratives that reflect and determine the realities of ... END_OF_DOCUMENT_TOKEN_TO_BE_REPLACED

Award-winning Indian author Rahman Abbas spent time in Europe last year researching "the Holocaust and the future of minorities in India and Pakistan". To mark VE Day on 8 May, he ... END_OF_DOCUMENT_TOKEN_TO_BE_REPLACED

A muezzin call to prayer via loudspeaker is legally permissible in principle, but various basic rights and interests must be considered, explains professor of law Mathias Rohe in ... END_OF_DOCUMENT_TOKEN_TO_BE_REPLACED

Repression and despotism takes many forms. Yet as varied as these phenomena are, they all share a common core, argues Tarek Azizeh. Revolutions accompanying the struggle for ... END_OF_DOCUMENT_TOKEN_TO_BE_REPLACED

END_OF_DOCUMENT_TOKEN_TO_BE_REPLACED
Social media
and networks
Subscribe to our
newsletter