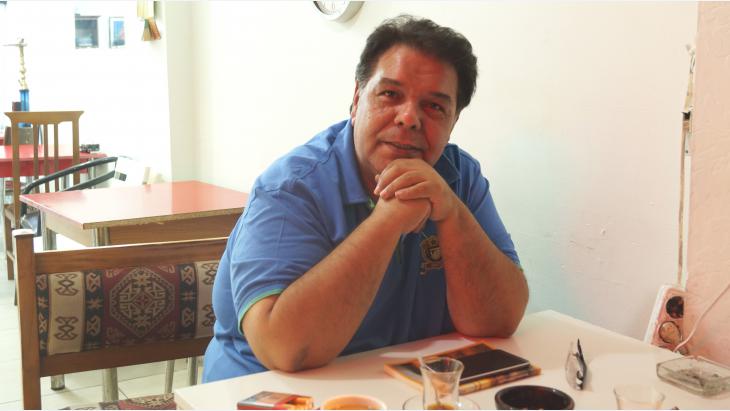 ″We Roma are more than just entertainers″

Ayhan Kucukboyaci, better known as Balik Ayhan (Fish Ayhan), is one of Turkey′s most famous Roma musicians. He also works to preserve the Romani culture. Ceyda Nurtsch talked to him about the demolition of the world′s oldest Roma settlement, Sulukule, and the situation for Roma in Turkey

The Istanbul district of Kasimpasa, where you live, is one of the few remaining parts of the city with a large Roma population. The neighbourhood has a reputation for being down-at-heel and dangerous. What does it mean for you to live there?

Ayhan Kucukboyaci: Kasimpasa has around 800,000 inhabitants. Some 250,000 of us are Roma, the others are ″Gaco″ – that′s what we call non-Roma. My ancestors came here from Thessaloniki, via Zonguldak on the Black Sea. I myself was born and bred in the Hacihusrev neighbourhood of Kasimpasa and have never lived anywhere else.

In the old days you′d hear Greek, Armenian and Romani spoken on the streets. The people who live here now are still very diverse. Kasimpasa is a way of life. It means going to the cinema with friends and the ones with money pay for the ones with no money. You can run up a bill in a shop here and no one will ask you when you′re going to pay up. For us, Kasimpasa means brotherhood. This place inspires me and that finds its way into my music.

Do you have the feeling you can live your Roma culture freely?

Kucukboyaci: We preserve our culture: it gives us a sense of belonging and helps us to share our joy and suffering. But to be honest, we can′t even play our own unique music in public, the kind we play in private for ourselves. Roma are always associated here with exuberance, with dancing, with fun. But we have our pain too, our passion, our love, our sex. We use the 9/8 beat, for example, to express sex. We call it the ″heavy Roma″. But on stage people expect us to be happy and belly dance all the time.

Very many Roma used to live in the Sulukule settlement in the Fatih district, the world′s oldest Roma quarter. When it was demolished as part of the so-called ″urban transformation project″ in 2010, the Roma were forced to leave the area. How did you experience that process? 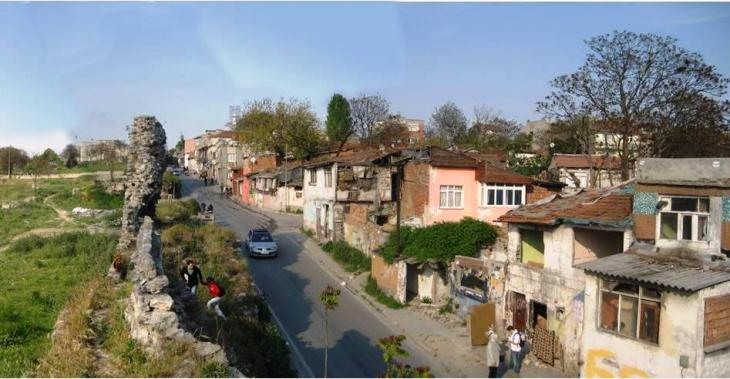 The demolition of the oldest Roma quarter, Sulukule, was a tragedy, declares Ayhan Kucukboyaci. There were problems, he admits, but these could have been solved on the ground. How long he and the other Roma will be able to live in Kasimpasa, before they are relocated or driven out by rising prices, Ayhan Kucukboyaci was unable to say

Kucukboyaci: Sulukule was extremely serious. Don′t forget that our people experienced what we call the ″Porajmos″: the genocide of the European Roma by the Nazis. We knew that Sulukule had been blacklisted as long ago as 2004 and our first thought was: will we be displaced from here? The people who lived there were very poor and didn′t know that they should have fought for their rights. I believe that we too need to show social responsibility, which is why we organised information events at the time. We explained to residents, house owners and tenants what their rights were and encouraged them to demand them.

But it was no use. They carted them off to a place called Tasoluk, 70 kilometres away. There isn′t even a bakery there. Hardly anyone stayed there; people came back and now they live scattered around the city. But some of the former residents acted wrongly as well. They made a lot of money out of property in the area and ripped each other off. Sulukule is now full of new terraced houses worth several million dollars. And we ask, of course: what was the point?

Sulukule created a wave of solidarity and the administrative court ruled retrospectively that the demolition was illegal. Turkey now has its first Roma member of parliament. Do you have the feeling that attitudes towards Roma have changed in Turkey over the past few years?

Kucukboyaci: Perhaps a little, but most people still know very little about us. During the Ottoman Empire, for example, the Roma were recognised and respected. The province of Rumeli had an administrative ″Gipsy Division″. Roma were often responsible for building roads and tunnels. We played a key role in the Ottoman Empire′s expansion into Europe. As a result we were classed as ″Turkish spies″ in Europe, which led to our marginalisation and exclusion there. But our people also tend to prefer the easy route. For instance, Sultan Abdulhamit II wanted all Roma to learn to read and write. Our people didn′t want to, though. They asked, ″How much money will we get for it?″

There aren′t many books about the Roma culture in Turkey and those that do exist have shaped people′s opinion about us. In their view, we come from India, steal and make jolly music. And that perception is partly our fault. Take Sulukule, for example. People used to go there for the nightlife. They drank raki, ate well and the girls did belly dancing. But over time it got worse and worse there, more and more immoral. Another example: during the resistance movement ″40 Days and 40 Nights of Sulukule″ a delegation of us went to Ankara to meet the president. Then they performed a belly dance for the TV cameras. That kind of thing makes me furious. We′re more than just entertainers. 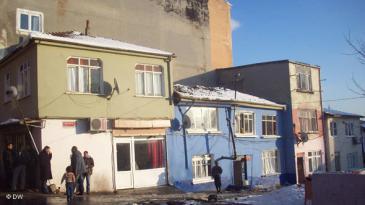 Condemned: Sulukule was the world′s most famous Roma quarter. It was home to the Roma people in the Byzantine era. In 2010, however, the centrally located district was cleared. These days the area boasts luxury apartments for Turkey′s high society

What would be your wish for the future?

Kucukboyaci: We′ve suffered a great deal and I′m working to change people′s perceptions. That′s why I wrote the book ″The Roma Yesterday and Today″. The world is changing and we have to change with it. Roma are always being displaced. Here in Istanbul in areas like Kagithane or Gaziosmanpaşa, but also in other cities like Izmir and Manisa. Enough is enough!

The main thing we need though is education. We have to be able to give something to the coming generations. In the old days the men collected paper, for example, which was recycled. Their grandchildren should be able to get better work, go to university. Turkey has more than 70 million inhabitants.

The numbers of Roma with the various sub-groups like Dom and Lom vary between 750,000 and a couple of million. How many of them graduate from university every year? Maybe 150. Many are ashamed of their identity. When people hear you′re a Rom, they treat you as if you had the plague. That has to change. We don′t want to be associated purely with music, dancing and pleasure any more.

Home
Print
Newsletter
More on this topic
Anti-construction protests in Turkey: ″Reclaim Istanbul!″ – policy vs. architectureCulture in Turkey before and after Gezi: The end of Cool IstanbulTurkish literature: Gloriously resurrecting a bygone Istanbul
Related Topics
Gentrification, Globalisation, Minorities in the Muslim world
All Topics

Political analyst Taqadum al-Khatib argues that Egypt can, in co-ordination with its European partners, develop a common vision to solve the complex conflict in Libya. For this to ... END_OF_DOCUMENT_TOKEN_TO_BE_REPLACED

Turkey's President Erdogan wants to create a second Bosphorus. The cost to the economy and environment would be enormous – and that's why Istanbul's mayor is attempting to stop ... END_OF_DOCUMENT_TOKEN_TO_BE_REPLACED

Libya is in turmoil and no political solution is in sight. The EU's inability to take concerted action in the country, meanwhile, is being exploited by third parties, such as ... END_OF_DOCUMENT_TOKEN_TO_BE_REPLACED

Taking the Fridays for Future movement as his starting point, Muslim environmental expert Tarik Quadir talks to Marian Brehmer about the connections between Islam and ... END_OF_DOCUMENT_TOKEN_TO_BE_REPLACED

There are only a few thousand Aramaic Christians left in south eastern Anatolia. And they are intent on preserving their ancient culture dating back one-and-a-half millennia. ... END_OF_DOCUMENT_TOKEN_TO_BE_REPLACED

Turkish art patron and businessman Osman Kavala has been in jail for more than two years, accused of wanting to overthrow the government. Beril Eski spoke to him about his life in ... END_OF_DOCUMENT_TOKEN_TO_BE_REPLACED
Author:
Ceyda Nurtsch
Date:
Mail:
Send via mail