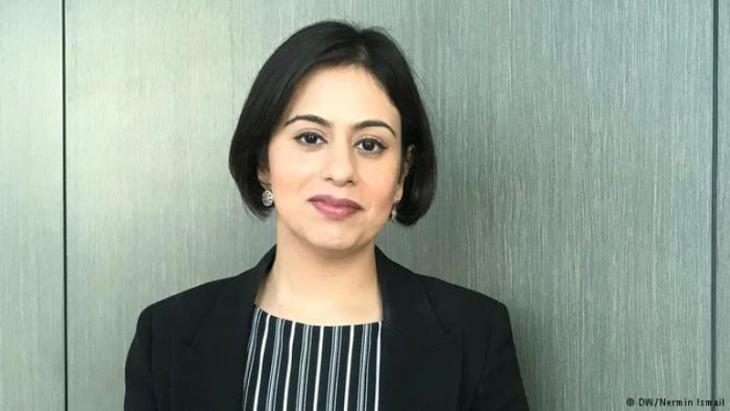 "Weʹre living through an era of extremism"

In a bid for more dialogue, Sara Khan, UKʹs Lead Commissioner for Countering Extremism, calls on individuals to challenge extremism and on countries to ensure they defend and promote equality, human rights, pluralism and diversity. Interview by Ismail Nermin

In January 2018, Prime Minister Theresa May appointed you Lead Commissioner for Countering Extremism. How do you intend combatting extremism in the UK?

Sara Khan: Extremism is a problem for society as a whole, hence it requires a solution for society as a whole. Everyone has a role to play, schools, government, civil society, religious leaders. As yet, an across-the board response does not exist, which explains our current focus. Since the Commission is new, our first task is to foster awareness.

What specific objectives are you pursuing?

Khan: Firstly, we need to engage in outreach. I have been to some 30 towns and villages in England and Wales. I have spoken to thousands of academics, civil society groups and government representatives to better understand the challenge.

The second goal is a study. Currently there is no comprehensive study into extremism in the UK that could provide us with an overview of the problem. Weʹre interested in public perception; we want to examine the tactics of the extremists and the damage they do. We have also set up a counselling centre for this purpose. What is crucial, however, are the potential responses. We intend to make some initial recommendations and draw up a programme based on what we learn. 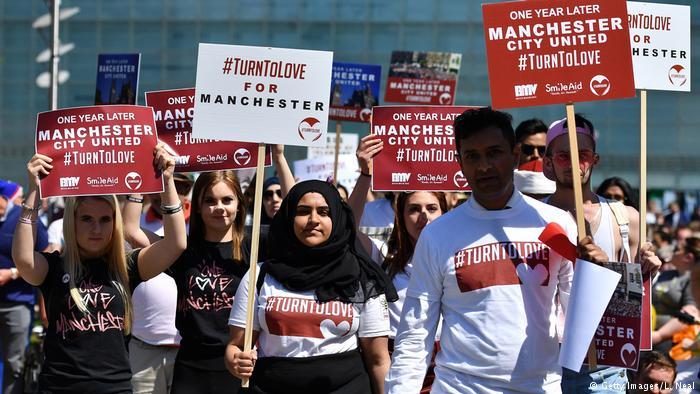 Society as a whole needs to act: "to believe that the only extremists are Islamists is fundamentally wrong. Extremism can come from any political ideology or religion and can affect any group around the world. Extremism of all kinds is currently increasing – from the neo-Nazis in Germany and the Hindu nationalists in India to Muslim fundamentalists," explains Sara Khan

What exactly are the challenges facing Britain when it comes to extremism?

Khan: There are many different types of extremism in Britain. But some are more prominent and more dangerous than others. Over the last two years, we have witnessed a sharp rise in right-wing extremism. Islamist extremism is also a big issue. In 2018 alone we had five terrorist attacks, four of which were Islamist, one right-wing. But there is also left-wing extremism, extremist groups within the Sikh community or among Jewish groups.

To believe that the only extremists are Islamists is fundamentally wrong. Extremism can come from any political ideology or religion and can affect any group around the world. Extremism of all kinds is currently increasing – from the neo-Nazis in Germany and the Hindu nationalists in India to Muslim fundamentalists.

What do all these extremists have in common?

Khan: Many extremist ideologies promote the "us" versus "them" mind-set, fomenting hate against other groups and spreading racism. Extremists do not believe in universal human rights. They attack people because they are supposedly different. Extremists are against diversity in society. That is why we must defend these values, human rights, equality of all people and plurality.

No other Western poet was arguably so well-versed in the Koran or so fascinated by Islam as Germany's national hero, Goethe. In a new publication that examines all Goethe's ... END_OF_DOCUMENT_TOKEN_TO_BE_REPLACED

A deluge of books, movies, series and cover stories: ever since the events of 9/11, the West has seemed almost manically preoccupied with Islam. Yet this has rarely led to deeper ... END_OF_DOCUMENT_TOKEN_TO_BE_REPLACED

Twenty years after 9/11, the world is faced with the dual challenge of Islamophobia and anti-Westernism. Ahmet Kuru argues that Muslims in the West, well versed in both Western ... END_OF_DOCUMENT_TOKEN_TO_BE_REPLACED

Two decades after the attacks of 11 September 2001, the West faces the shattered debris of its failure – not only in Afghanistan, but also in Iraq, Syria, Libya and Yemen. What ... END_OF_DOCUMENT_TOKEN_TO_BE_REPLACED

Twenty years after 9/11, the United States is recalibrating its war policy. However, its assertions that the era of endless wars is over are a myth, writes Maha Hilal END_OF_DOCUMENT_TOKEN_TO_BE_REPLACED

Migrants are often maligned as being responsible for Europe's problems. Yet their integration is in Europe's interest. Michael Thaidigsmann believes that a long-term vision is ... END_OF_DOCUMENT_TOKEN_TO_BE_REPLACED
Author:
Nermin Ismail
Date:
Mail:
Send via mail

END_OF_DOCUMENT_TOKEN_TO_BE_REPLACED
Social media
and networks
Subscribe to our
newsletter