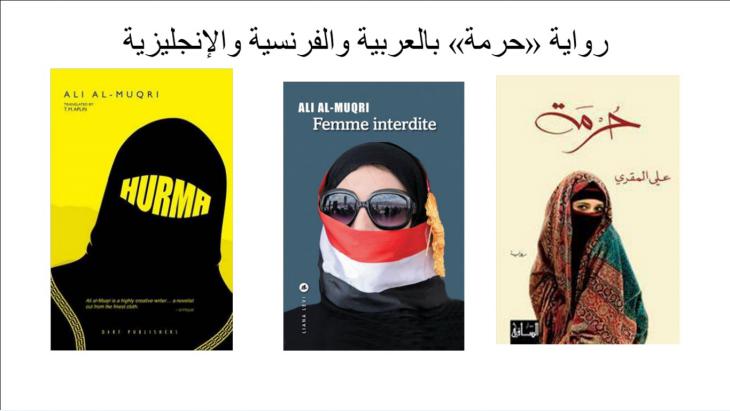 The novels of Yemeni author Ali al-Muqri are well-known to Arab readers and a few have already been translated into other languages. Al-Muqri often deals with subjects like sex, war and religion. His novel ″Hurma″ (French: ″Femme interdite″) won him the French prize for Arabic literature. Interview by Amida Sholan

You began by writing poetry, then short stories and only moved onto novels later. Do you think that everyone who starts with poems and short prose pieces ends up writing novels?

Ali al-Muqri: With writing, there is no beginning and no end. I always had questions and was always searching – and I wrote about it in various different forms.

What are you saying about Yemeni women in ″Hurma″? And what made you write the novel?

Ali al-Muqri: In Yemen, women are oppressed and invisible. But in this novel, I write about existential problems that don′t just affect Yemeni women – they affect other Arab and Muslim women, as well as women in other religions and cultures.

But the book is about the suffering of women in a traditional society like Yemen′s and you write about shocking subjects, without any regard for taboos.

Ali al-Muqri: I don′t believe that the subjects are shocking, or that I′m breaking taboos. It′s just that some people think you shouldn′t talk about this or that for cultural or psychological reasons. But that doesn′t mean an author has no right to write about these things. When you write, first and foremost you have to be free.

How was ″Hurma″ received in the Arab and Yemeni press?

Ali al-Muqri: There were different reactions. Some people were indignant and others praised it. But I also got a lot of letters from women – and men, as well – who told me they saw themselves in the novel.

Where do the challenges lie in writing about taboo subjects in a society like Yemen′s? Do you believe you have overcome these challenges in ″Hurma″? 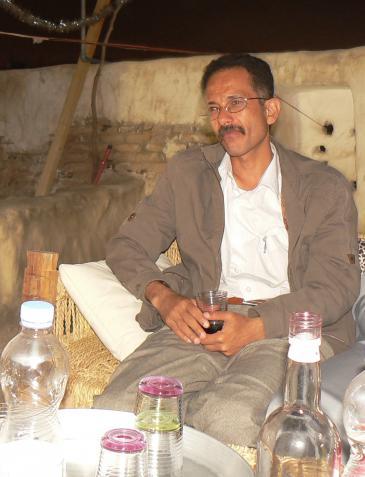 Ali al-Muqri: "Women play a central role in all my novels - they don′t just stand on the sidelines, as people expect them to. In our world today, humanity as a whole is standing on the sidelines"

Ali al-Muqri: The greatest challenge is to write freely. And at the same time it′s the yardstick by which you measure your success, even if nobody else recognises it.

You write very openly about women′s sexual desire, and at the same time you address religious extremism and violence against women in Yemen. Why does sex play such a great role in your books?

Ali al-Muqri: Sex is part of life and it′s the origin of all life. So why shouldn′t you allow this subject plenty of room?

Following the success of ″Hurma″, do you plan to write more novels with female Yemeni protagonists?

Ali al-Muqri: Women play a central role in all my novels – they don′t just stand on the sidelines, as people expect them to. In our world today, humanity as a whole is standing on the sidelines.

In your novel ″Black Taste, Black Smell″, you offer an insight into the world of a marginalised section of Yemen′s population. How did that come about?

Ali al-Muqri: In this novel, I tried to get closer to the Akhdam group. The Akhdam are the black people of Yemen – they live in a rebellious world free of ideology and they don′t recognise any geographical, political or historical borders. Despite their oppression and the racism they are subjected to, they resist assimilation and subordination to the values and morals of a society that has marginalised them for centuries.

History is another theme that you take up, particularly in your novels ″The Handsome Jew″ and ″Adeni Incense″.

Ali al-Muqri: For me, history is an existential and conflict-laden topic that has to do with man and his problems with the outside world. From this starting point, I look at new ways of reading history or rediscovering it and thus approach contemporary concerns that arise from old times.

Can your novel ″Adeni Incense″ also be read as a work that explains Yemeni society? 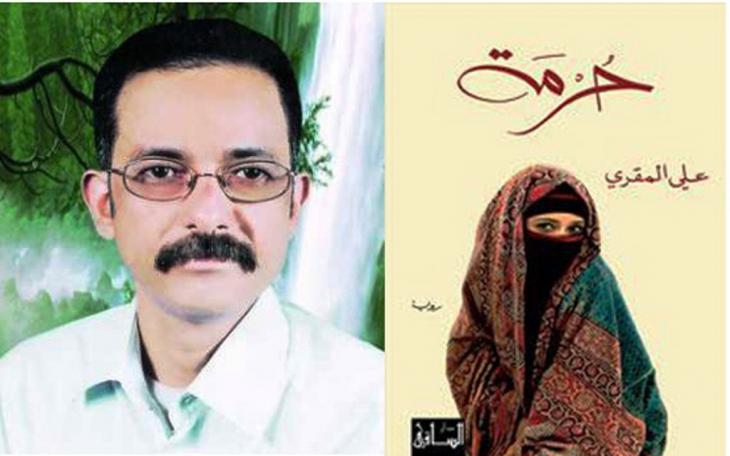 Ali al-Muqri is one of the most important voices in modern Yemeni literature. He is a journalist, poet and novel writer. He was born in 1966 near Taiz. His novel ″Hurma″ tackles social contradictions and the oppression of women in Yemeni society

Ali al-Muqri: The novel is concerned with understanding cultural diversity and pluralistic identities in the society of Aden, where at one time there was a place for everyone. Today′s rulers are trying to put an end to precisely this diversity and openness there.

Where would you place yourself among Yemeni novel writers? Are you an oppositional author?

Ali al-Muqri: Honestly, I don′t know where to place myself. I′ve never thought about it. And I don′t feel as though I′m in an arena where I′m competing with others for a particular position. I just write what I want to write, that′s all.

Why have you published your recent novels in Beirut? Was it not possible in Yemen, or were you afraid of being banned?

Ali al-Muqri: The main reason is that none of the publishing houses in Yemen have a modern distribution structure. In Beirut you can publish everything freely and they have the most modern publishing industry in the Arab world.

What reaction have you had from foreign readers to the translations of your recent novels?

Ali al-Muqri: I don′t really like to talk about foreign and domestic readers. In reading, everyone is equal. Of course, there are differing sensibilities in different societies, according to levels of education. But in general I can say that the translations of my novels have been well-received in various different cultures.

What is the role of Yemeni intellectuals in light of current events in Yemen?

Ali al-Muqri: I′d make a distinction between intellectuals and writers. You can describe a lot of people as the intelligentsia, including members of the military, regime politicians and murderers. As for writers, there′s nothing they can do about the terrible situation in Yemen. They live under bombing and mortar fire, the same as everyone else, with the same shortage of basic necessities like water, food and electricity. You can′t expect anything more of them than to put up resistance against death and stay in the country, despite the adverse conditions.

Home
Print
Newsletter
More on this topic
Interview with the Yemeni director Sara Ishaq: "Yemen is like a garden that was full of weeds"Media reports on the Yemen conflict: A skewed view of Yemen's plightQantara dossier: Arabic literature
Related Topics
Arabic literature, Dialogue of Cultures | Intercultural Dialogue, German-Arab Literature Exchange, Literature, Sexuality and eroticism in Islam, Yemen conflict
All Topics

At the end of every year, the team at Qantara.de gives you a run-down of the ten most-read articles on the site over the past 12 months. Here is a quick overview of the stories ... END_OF_DOCUMENT_TOKEN_TO_BE_REPLACED

Since Russia invaded Ukraine, Europe has been trying to find alternatives to Russian gas, inevitably zeroing in on the Arab Gulf states. In his commentary, Yemeni politician ... END_OF_DOCUMENT_TOKEN_TO_BE_REPLACED

Thanks to climate change, the Middle East is heating up faster than any other part of the world, putting the region's ancient pyramids, castles, holy and other heritage sites at ... END_OF_DOCUMENT_TOKEN_TO_BE_REPLACED

After a two-year hiatus, the Arab League re-convened at the beginning of November in Algiers against a backdrop of uncertainty and discord. By Pierre Boussel END_OF_DOCUMENT_TOKEN_TO_BE_REPLACED

Germany needs a strategy when brokering deals with countries like Qatar, Saudi Arabia or the United Arab Emirates that allows it to maintain its own moral compass. By Sebastian ... END_OF_DOCUMENT_TOKEN_TO_BE_REPLACED

END_OF_DOCUMENT_TOKEN_TO_BE_REPLACED
Social media
and networks
Subscribe to our
newsletter