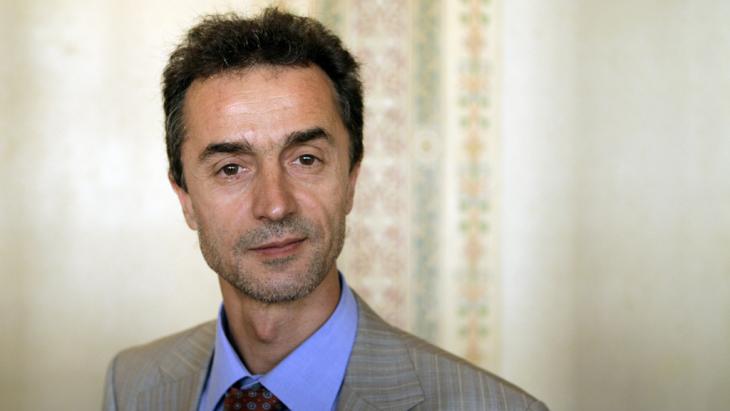 New centres for Islamic theology have been established at five German universities in recent years. In 2007, Ömer Özsoy became the first Muslim theologian to be appointed as a professor at a German university. He teaches Koranic exegesis at the Goethe University in Frankfurt. In the debate on what direction Islamic theology should take in this country, he stresses above all the importance of academic freedom. Interview by Claudia Mende

Mr Özsoy, can an Islamic theology be authentically Islamic and academic at the same time?

Ömer Özsoy: I would even go one step further and assert that an Islamic theology can only lay claim to authenticity if it is truly academic and operates according to established academic standards.

Both politicians and the public have high expectations of the newly established Islamic centres. How are you dealing with these expectations?

Özsoy: By entering into dialogue with all affected parties and stakeholders, with politicians, Islamic associations, with academic associates and partners. We are very pleased with the results we have achieved thus far. In the state of Hesse, two Islamic religious communities – Ditib and Ahmadiyya – have already been recognised by the state government. This means we do not need to rely on the advisory council model, which we in Frankfurt see as deficient.

The expectations of the theological faculties are quite diverse and difficult to reconcile. The only way to bring the various parties closer together is to enter into a discursive dialogue with partners.

But there is a clear expectation that a European, reform-oriented version of Islam will emerge.

Özsoy: I find it superfluous to refer to an Islamic theology that is being established and pursued in Germany as German Islam or European Islam. It simply goes without saying, because theology as a humanities subject with practical and socio-political components already has this local, cultural tenor. It is only normal that Islamic theology in Germany looks different to Islamic theology in Turkey or Egypt.

The label only invites misunderstandings and uncertainty on the part of those the theology addresses – as if it were a state-ordained theology, which is something we don't need. 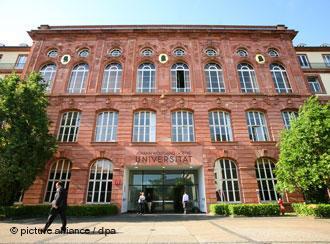 Prof. Dr. Ömer Özsoy is a professor of Koranic exegesis at the Institute for Studies of Islamic Culture and Religion at Goethe University in Frankfurt. He was the first Muslim theologian to be appointed as a professor at a German university

As regards a reformist orientation, it is clear that academic study and research must be open-ended. If we prescribe a certain ideological orientation, then we cannot pursue our research as an open-ended endeavour. If we did, we would be doing contract research or we would be devoting our own efforts to achieving a specific outcome. Reform cannot, therefore, be ruled out; it is one possibility.

Özsoy: Islamic theology has a new home in Germany, where it is transmitted and discussed in German. There where it is traditionally studied – i.e. in the Arab world and Turkey – it speaks in other terms. We can however derive a historical critical approach from these terms, even if we don't identify it as such. I see no reason why we as Muslim theologians should not use this method.

Historical criticism is about the genesis and exegesis of the scriptures, in other words, how these texts came about and how they are to be understood. Muslims do not reject the assumption that these texts have a history. The Koran was not originally a text; it only became one later. If texts or sections of a text came about in certain situations, then they must also be traced back to this context and we have to understand them in that context.

So you do apply this method?

Özsoy: I myself apply historical-critical exegesis, yes. We cannot make any text written in another period speak to us if we haven't first understood what the text is trying to say. Muslims have an unfounded fear of historical criticism, because the only form in which it is known is shaped by Christianity. Muslims are afraid of arriving at the same conclusions as Bible research, whereby the scriptures can no longer be attributed umproblematically to God, Jesus or Moses, or in the case of the Koran, to Mohammed.

Does this not lead to tensions between faith and theological scholarship?

Özsoy: What is the aim of a theology as a branch of scholarship? If it can be proven through research that the Koran has not been authentically preserved, then that is the truth. Then you would have to adapt the theology to this finding. But this is not the case. 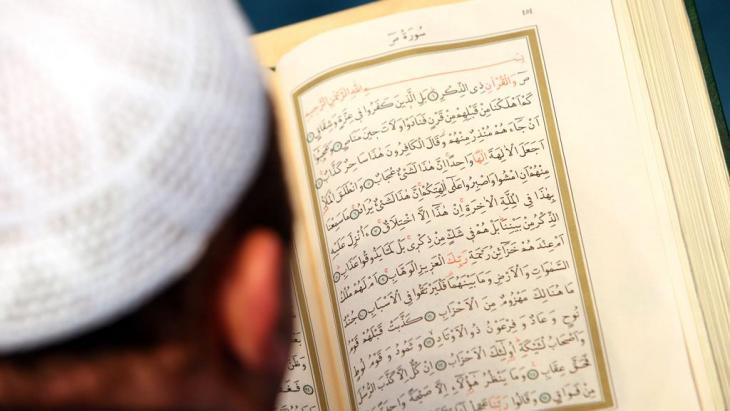 Academic freedom is paramount: "As regards a reformist orientation, it is clear that academic study and research must be open-ended. If we prescribe a certain ideological orientation, then we cannot pursue our research as an open-ended endeavour," says Ömer Özsoy

In the case of the Koran, we have no reason at all to search for the authors of the various sections of the text. We are dealing here with a unified text produced by a single person. Muslims call this the revelation. For Islamic scholars, these are the words of the Prophet Mohammed, and for Muslims the word of God cast in a human language. Apart from this dimension of faith, we can trace historically up to the present day how what Mohammed said was preserved and handed down to us. This is a question of linguistics and historiography.

Where do you see differences between Muslim and Christian theology?

Özsoy: I have a problem with the fact that dialogue events either search for differences or similarities. The fact is that the differences can be found within the similarities. The best example is the assumption of a revelation. Both religions are built upon an understanding of a revelation that constitutes a relationship between God and humanity. However, just how this revelation comes about and what consequences it has for the different interpretations is where opinions differ.

Islam must be seen as a continuation of the Judeo-Christian tradition of revelation. The Koran also adopts the biblical story of Creation but transforms it. In the Koran, we have a narrative from which we can derive neither salvation nor original sin.

What is the significance of this?

Özsoy: I don't assume that there are differences but rather similarities; however, there might also be differences within similarities. Not because Muslims and Christians have different ways of thinking, but because they have different materials at their disposal on which to base their reflections. When Islam arose, and in the early years of its development, Muslims never saw the need to rationally justify themselves and the Muslim faith. This is not the case in Christianity. The Holy Trinity, salvation or the crucifixion and resurrection of Jesus are very complicated and need to be rationally justified. Islam does not call people to a specific narrative, but rather to something that has already been integral to humanity since creation.

Is the entire diversity of Islamic traditions covered at German universities?

Özsoy: Not yet, but it should be at some point and I am very optimistic that this will happen.

One in four people in Germany has a migration background, but less than 8% of the members of parliament have foreign roots. Germany is out of touch with reality, says Maissun ... END_OF_DOCUMENT_TOKEN_TO_BE_REPLACED

Germany’s electorate includes some 7.4 million citizens with international roots, while many more millions of residents from abroad aren’t allowed to vote. Both groups are often ... END_OF_DOCUMENT_TOKEN_TO_BE_REPLACED

Germany's foreign policy is explicitly values-based. But what happens, Ralf Bosen asks, when democracy, the rule of law and human rights collide with the logic of trade and ... END_OF_DOCUMENT_TOKEN_TO_BE_REPLACED

No other Western poet was arguably so well-versed in the Koran or so fascinated by Islam as Germany's national hero, Goethe. In a new publication that examines all Goethe's ... END_OF_DOCUMENT_TOKEN_TO_BE_REPLACED

Migrants are often maligned as being responsible for Europe's problems. Yet their integration is in Europe's interest. Michael Thaidigsmann believes that a long-term vision is ... END_OF_DOCUMENT_TOKEN_TO_BE_REPLACED

How could the Afghan government and its institutions collapse so quickly? That things were going wrong in Afghanistan had been obvious for a long time, yet the West preferred to ... END_OF_DOCUMENT_TOKEN_TO_BE_REPLACED
Author:
Claudia Mende
Date:
Mail:
Send via mail

END_OF_DOCUMENT_TOKEN_TO_BE_REPLACED
Social media
and networks
Subscribe to our
newsletter