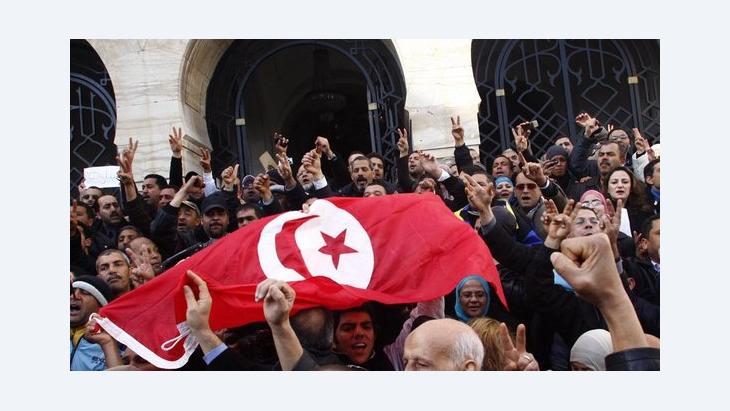 ﻿When the revolution took hold in Tunisia, Selim Harbi set out from Berlin to Tunisia to capture the historic moment. In conversation with Nader Alsarras, he describes his impressions and is cautiously optimistic about his nation's future

Mr Harbi, you took your most recent photos, which have just been shown in Germany, during what might be referred to as the high point of the protests in Tunisia, two days and four days after the ousting of Ben Ali. Were you in any danger?

Selim Harbi: I'd been following the protests since they first began in December 2010 via Internet and telephone from Germany. But then at some point in January, I thought I simply have to go there. I took the last flight to Tunis and went straight to Avenue Habib Bourguiba, to capture those moments of the revolution with my camera. 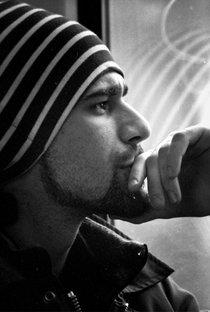 "The era of fear has passed": Tunisian photographer Selim Harbi

​​Yes it was dangerous, but I know my way around Tunis very well, unlike reporters from other places. We got ourselves organised, myself and the other colleagues. But sure, it was dangerous.

Were you aware of the fact that you were witnessing a dramatic turning point in Tunisian history?

Harbi: We did suspect that, it was clear that the regime was on its way out, but we were still surprised at just how quickly Ben Ali did go.

You came very close to people during the street protests and also photographed highly vulnerable, intimate moments. How did people react to you?

Harbi: I adopted a very intuitive approach. I didn't think about picture composition or aesthetic aspects. I just wanted to be as close as possible to the people. I wanted to capture the real outpourings, the moments of tension, courage and fear.

The police reaction was interesting; as I approached them, they called out to the journalists: "You are our downfall", meaning they were afraid of us because we were showing the world what was really happening.

How do you assess the role of images in the Tunisian revolution? Is it fair to describe it as an image-driven revolution?

Harbi: That's an interesting but complex question. For 23 years we lived with one single image, namely the portrait of the President. This image has been indelibly etched on our subconscious. Taking pictures was a risky business in Tunisia. Anyone going out on the street to take a picture of something often had to contend with the civil police force. The government had a paranoid fear of photographs, because they showed the unadorned reality, and not the reality that the regime wanted to portray.

Now, post-revolution, people are discovering the more profound, yes perhaps the philosophical significance of a photograph. They're going out onto the streets and taking pictures. They're discovering that they are now protagonists themselves, and not simply subject matter.

A year has gone by since the start of the revolution in Tunisia. How do you gauge the current situation there?

Harbi: A great deal has happened since then. The most important thing is that the psychological block in the heads of the people has disappeared. The era of fear has passed. Now comes an era of difficult tasks; we are facing a political battle, we have to completely rebuild the country, write a new constitution and many other things. 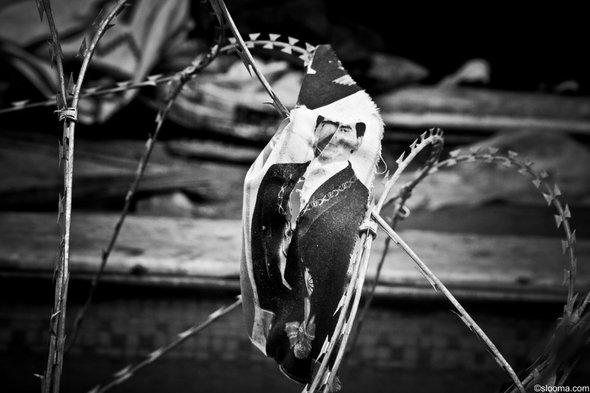 ​​People have been out on the streets for a year now, and they are tired. Other players are exploiting that fact, political parties for example that were quickly formed after the revolution, or Islamists who came from abroad to occupy the feathered nest.

The situation is confusing, but Tunisia is now a laboratory for democracy; it's an experiment, and we'll see what happens. If it's a success, it could serve as a model for Egypt and other Arab nations. I'm optimistic.

Some observers currently fear that the Islamists are reversing important achievements made in Tunisia in recent years, for example in women's rights. How justified is this fear?

Harbi: During his time in power, Ben Ali succeeded in seizing absolute power and eliminating other political protagonists, for example the moderate Islamic Ennahda Party. Most of the key figures in that organisation went into exile. These people are no demons, but they're also no angels. They are professional politicians, well connected and organised, with plenty of money.

They do of course have a progressive wing, and a more conservative wing. But they were voted in and now have one single opportunity to prove themselves. New elections are going to be held this year, and if they make a mistake they'll be straight out of the picture again.

Worse are the Salafists, who are unknown to us. They are aggressive, and I find them very unsettling. And all Tunisians are asking where these people come from, who is financing them and why they've come now, of all times. These people are alien to Tunisia's liberal cosmopolitan culture.

The blogger Lina Ben Mhenni says Tunisia hasn't really experienced a revolution yet. She says the political revolution is still to come.

Harbi: For me it was a revolution, but it was just a first step. Two things still need to happen: Firstly, a cultural revolution; that means art must now be allowed to hold up a mirror on Tunisian society. And secondly, we need an economic revolution, because the economy is in the doldrums and that's dangerous in the long-term. 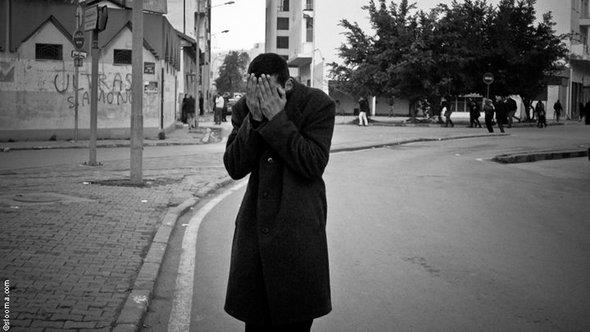 Intuitive approach: "I just wanted to be as close as possible to the people. I wanted to capture the real outpourings, the moments of tension, courage and fear," says Harbi

​​The democratisation process is now in full swing, with all its highs and lows. But we need to carry on. I'm sceptical, but I'm not afraid. It's fantastic what's happening in Tunisia. The eyes of the world are on Tunisia, and everyone is really keen to see how things are going to develop at this point.

What kind of role should artists be playing in these developments, now that this new freedom has been attained?

Harbi: Art can hold a mirror up to society, question it and thereby initiate critical debate. In this new phase of nation-building in Tunisia, which is posing the highly important question of identity, we need art and artists more than ever before. Art prompts us to reflect on the democratisation process we currently find ourselves in.

But artists need state support, otherwise they'll leave the country. That's why I say this again and again, we need a cultural revolution and we must realise that art should be viewed as something essential, and not as a luxury.

Home
Print
Newsletter
More on this topic
The Islamist Election Victory in Tunisia: Ennahda – Asset or Threat?Tunisia after the Elections: Ennahda and the Challenges of Democracy
Related Topics
All Topics
Date:
Mail:
Send via mail