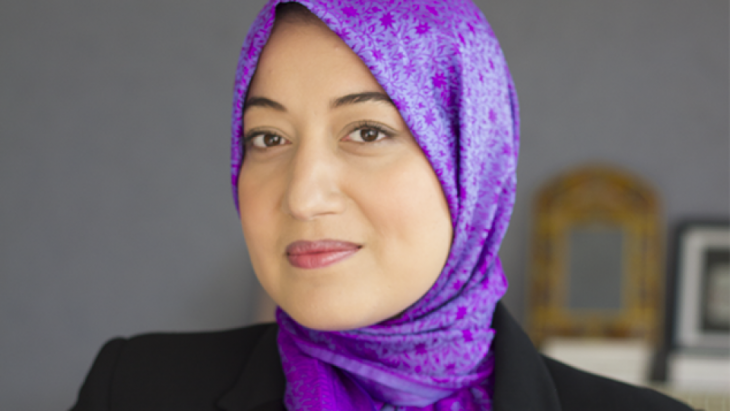 In 2014, Saida Ounissi (29) was elected to the Tunisian Parliament as an MP for the Ennahda movement. She is currently Secretary of State to the Ministry of Vocational Training and Labour. In interview with Peter Schaefer, she describes growing up with Islamophobia and racism in France and suggests ways of preventing youth radicalisation

Your father lived in exile in France, which is where you spent your childhood. What made you return to Tunisia?

Saida Ounissi: I was 5 years old when we moved to France and I can say that I spent the most important part of my life there. I grew up in France and I share a huge part of the French culture. I had a thoroughly French education, attending a Catholic school and studying at a French university. I was active at a community level and wrote for Le Monde. I was considered a positive example of integration, but I was probably too religious for French standards – wearing a hijab was definitely not accepted in the academic and intellectual environment I was in. I would say that , on the one hand, I could not be more "French" and on the other, that there′s no place for me there in public life.

I felt the restrictions early on. I well remember my first public shaming when I was kicked off a university course. The professor told me that wearing a hijab was not compatible with university values. He blamed me for the killing of French in Algeria during the occupation and during the 1990s. I filed a complaint against him. Nothing came of it, but I hope that going on the record about it will help historians to better evaluate our time in 50 years from now. Generally, if you are from a Muslim background in France and you want to be politically active, you won′t get very far. Leadership positions for Muslims within the French system are still the exception, despite a quite qualified and proactive community. Owing to this lack of opportunities for Muslims in France, many diaspora Tunisians returned to Tunisia following 2011.

…and there is, of course, ample opportunity in Tunisia now, since the introduction of a democratic system post-2011.

Ounissi: Yes, but not only that. Many European societies are shifting to the right. We′re seeing the rise of political movements like the Front National in France and the Alternative for Germany. The political narrative of the US elections confirmed this tendency. In Tunisia, the opposite is happening, which is actually very exciting. Here, it is less and less common and accepted to denounce women′s rights or societal minorities. If such things occur, there is a backlash across the board – in parliament, within civil society, in the media. In Europe, things are going in the other direction. Examine the issue more closely and from the worrying rise in hate crimes and hate speech, you can see there has already been a major shift. 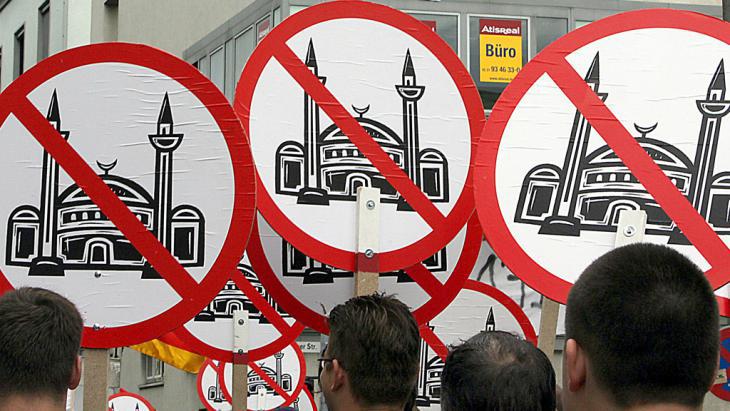 Right-wing populism and Islamophobia on the rise across Europe: ". The worrying rise of Islamophobia in Europe is quantitative fact and a sad reality. Another reason many Tunisians have returned to their home country since 2011 is that many European societies are shifting to the right," says Saida Ounissi

Why have things developed like this? The immigration of Muslims from different countries to Europe is not exactly a new phenomenon?

Ounissi: In France, assimilation was a very violent process in the 1960s and 70s. Parents from a migrant background didn′t tell their kids about their origins, because they desperately wanted them to become French, thereby avoiding the discrimination they had experienced themselves. But this doesn′t work if the society you live in singles you out, because your name is Muhammad or you "don′t look French". I was very involved both with my local mosque and the Muslim community organisation: there were children of parents of North-African or Sub-Saharan origin who told us about the identity issue provoked by the difficult balancing act of feeling French at home, but being perceived as non-French in public.

So, if historians will study our time in 50 years, as you mentioned before: are you assuming that the situation will have changed positively by then?

The devaluation of the Egyptian pound combined with rising food prices is taking its toll on Egypt. More and more people are slipping into poverty. Karim El-Gawhary reports from ... END_OF_DOCUMENT_TOKEN_TO_BE_REPLACED

Since returning to power in Afghanistan, the Taliban have steadily eroded the rights and opportunities of women and girls, particularly their access to education. But Afghans are ... END_OF_DOCUMENT_TOKEN_TO_BE_REPLACED

The book "The Invention of the Maghreb: between Africa and the Middle East" prompts us to review basic terminology. This includes terms that we use almost every day as if they are ... END_OF_DOCUMENT_TOKEN_TO_BE_REPLACED

Tunisia has been going through a severe economic and political crisis in recent years. More than one in three young people there are unemployed. For many skilled, qualified and ... END_OF_DOCUMENT_TOKEN_TO_BE_REPLACED

At the end of every year, the team at Qantara.de gives you a run-down of the ten most-read articles on the site over the past 12 months. Here is a quick overview of the stories ... END_OF_DOCUMENT_TOKEN_TO_BE_REPLACED

The government in the Netherlands, one of the last European nations to abolish slavery, has made an historic apology. But some feel that there is still a long way to go. By Ella ... END_OF_DOCUMENT_TOKEN_TO_BE_REPLACED
Author:
Peter Schäfer
Date:
Mail:
Send via mail

END_OF_DOCUMENT_TOKEN_TO_BE_REPLACED
Social media
and networks
Subscribe to our
newsletter