Ounissi: I don′t think it can get any worse than it is now. There is the stigmatisation of Muslims, the political and media attacks and the increase in individual acts of violence. It′s not only a perception, it′s fact reported by serious organisations like Human Rights Watch, CIMADE, or Amnesty International. The worrying rise of Islamophobia in Europe is quantitative fact and a sad reality.

Nonetheless, I think that the settlement of Muslim communities in Europe can′t be reversed. People are active in their societies, enjoy their education, master needed skills and are part of the economic and other spheres. You can′t expel all these people. And they are very politicised and do participate in political life. Especially at a local level.

Interesting for me is the evolution of discourse in mosques in France. Imams are advocating for voting in elections. They ask people not to react to xenophobic attacks. They have encouraged people to participate in national mourning after the extremists′ attacks in Paris or Nice. They make the Muslim community feel part of the national community. The mosques today are very active in contemporary political life.

This could also take a dangerous turn, as has happened in Tunisia, for example. 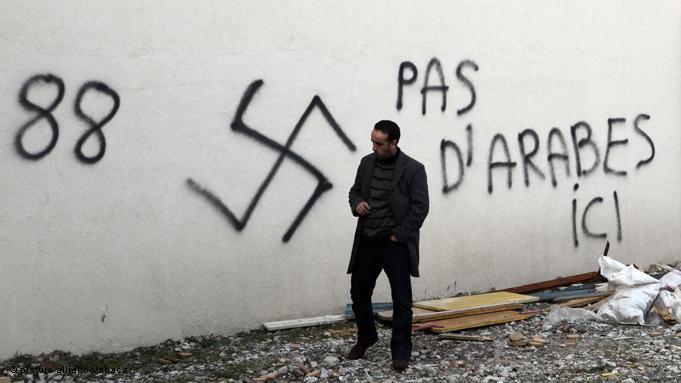 France′s Muslims – excluded, written off and not consulted: "Muslim or not, we are all targets of terrorism. And if terrorism nourishes itself from the references coming supposedly from an Islamic ideology, wouldn′t it be more effective to involve the people who know the background of this ideology and to interpret and analyse certain statements and actions? The conflict is taken on a superficial level only, as Muslim versus non-Muslim," comments Saida Ounissi

Ounissi: This is true. To control this trend in Tunisia, we have included imams in our counter-terrorism strategy. There are now training programmes for imams regarding fighting extremism, public speaking and utilising social media. The reality is that non-political imams have less appeal. If young religious people do not find answers to their social, religious and political questions in their local mosques, when imams are preaching about subjects completely disconnected from people′s daily interests, they turn elsewhere – some to extremists. This is why the mosques have to be part of political life and have to be included in policy-making, because they are often the main social and public focus for Muslims in one city or village.

There are more than 12 million Muslims in France today. What role could they play in the development of the society?

Ounissi: The potential is huge, especially regarding global understanding or security. A French Muslim is capable of explaining the situation or events in a Muslim country much better to a French audience or French politics and society to Muslim audiences. We could be a cultural and political bridges between Europe and Muslim countries. Muslim or not, we are all targets of terrorism. And if terrorism nourishes itself from the references coming supposedly from an Islamic ideology, wouldn′t it be more effective to involve the people who know the background of this ideology and to interpret and analyse certain statements and actions? The conflict is taken on a superficial level only, as Muslim versus non-Muslim. In my view, the religious approach on anti-terrorism has been hijacked for political interests.

But we′re also witnessing the resurgence of a value debate that seems to be an obstacle for such an inclusion. Muslims′ values, or those that are stereotypically perceived as that, are seen as alien to European values. Assuming that such a set of unison values exists at all, what′s your take on this? 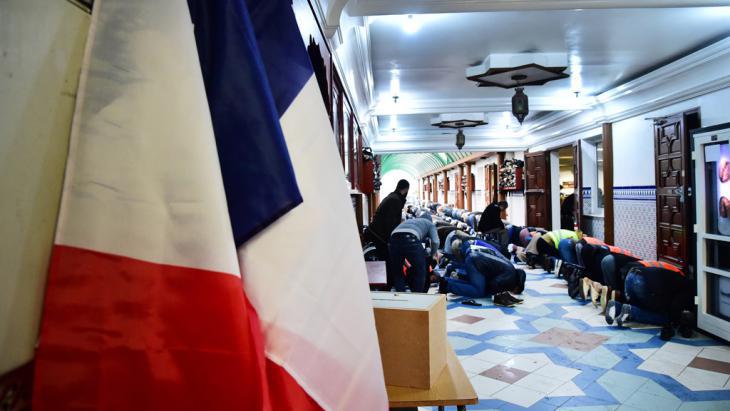 Plea for constructive dialogue: "Muslims in Europe are generally European-friendly and interested in a strong Europe that in itself is very diverse and a guarantor for openness and individual freedom. As Muslims, we have the rare opportunity to experience life in a diverse context and to learn how to accept each other, rather than excluding those that don′t share the same views," believes Saida Ounissi

Ounissi: If we take secularism as an example: I see this as a chance, rather than a threat. Muslims in Europe need secularism as a basis for being accepted. Otherwise we would all have to become Catholic, like before 1905 in France. If we take secularism as a framework enabling cultural and religious diversity, the diverse Muslim community in France has done a lot of work on that. There has been tremendous work on producing a "French Islam" approach that is compatible with French values. What you believe in or what you wear is your private affair. As for the Muslim community itself, we all believe in one God and that Muhammad is His Prophet. As far as anything else is concerned, we are open to discussion and dialogue to enrich our mutual perspectives.

Muslims in France do have one very positive role to play – in interreligious dialogue, mostly with Christian communities, something I personally have also been involved with. Participating priests have reported that their engagement in such activities havs helped revive their parishes. I feel that Europe is suffering from an identity crisis. People are confused and are looking for answers. I personally think that life without spirituality is empty and it seems that many in Europe feel the same way. As I said, religion is a very social affair and a pillar for every society. Muslims can contribute to reviving this dynamic. We are a very diverse community. Muslims in Europe are generally European-friendly and interested in a strong Europe that in itself is very diverse and a guarantor for openness and individual freedom. As Muslims, we have the rare opportunity to experience life in a diverse context and to learn how to accept each other, rather than excluding those that don′t share the same views.

The European Court of Justice has given its backing to companies that don't allow female Muslim staff members to wear headscarves – as long as they don't permit the wearing of ... END_OF_DOCUMENT_TOKEN_TO_BE_REPLACED

Reading Hassan Blasim's God 99 is an immersive experience of grief and exaltation, anger and disgust, writes Marcia Lynx Qualey. We join the Iraqi narrator as he sits around in ... END_OF_DOCUMENT_TOKEN_TO_BE_REPLACED

The disappearance of Razan Zeitouneh and her colleagues has been one of the greatest mysteries of the Syrian war – until today. DW's investigative unit hunted clues across six ... END_OF_DOCUMENT_TOKEN_TO_BE_REPLACED

Muslims in Europe regularly experience threats, witness attacks and are the target of hate across national borders. Now the Council of Europe, the continent's leading human rights ... END_OF_DOCUMENT_TOKEN_TO_BE_REPLACED

The West is pulling out of Afghanistan after 20 years, but the conflict remains – and the Taliban are stronger than they have been for a long time. And now? The renowned Taliban ... END_OF_DOCUMENT_TOKEN_TO_BE_REPLACED
Author:
Peter Schäfer
Date:
Mail:
Send via mail

END_OF_DOCUMENT_TOKEN_TO_BE_REPLACED
Social media
and networks
Subscribe to our
newsletter