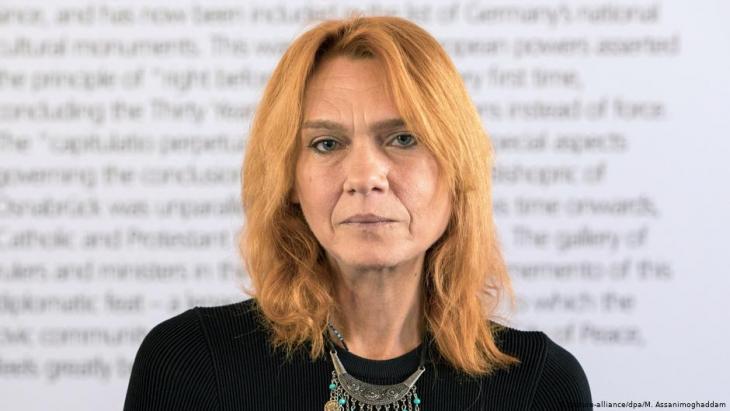 "There is nothing left of democracy in Turkey"

For Turkish author Asli Erdogan the annullation of the mayoral electoral result in Istanbul marked the end of democracy in Turkey. Gezal Acer spoke to her about her life in German exile and the situation of writers and freedom of speech in Turkey

The High Electoral Commission annullled the mayoral election in Istanbul 36 days after the results were announced and scheduled a new election for 23 June. What do you think about this decision?

Asli Erdogan: I was expecting the decision. It doesn't surprise me at all – it is just that we didn't want to admit this disgrace. At the same time, it is good that the mask has now fallen. Now we can see that we haven't even retained the most fundamental principle of democracy. The principle of free elections. We simply have to accept it! There is nothing left of democracy in Turkey.

You yourself have said that it is now time to talk about fascism. Do you believe that, despite this pessimism, the new elections in June could produce a democratic result?

Erdogan: No, not at all. The AKP cannot afford to lose. The result won't even be determined by the will of the voters. They will simply take the necessary precautions. I believe that my words are becoming increasingly accurate. Today, even those who have resisted this designation for the longest time are aware of it. I mean fascism in the broader sense, not necessarily as an academic definition. But quite honestly, when one person can determine a life sentence, that isnʹt authoritarian or totalitarian to me, it is fascist. In Turkey, it only takes one complaint from one person for someone to get a life sentence. It is no joke anymore. Under such circumstances I really don't care whether Turkey fulfils the academic criteria of a fascist state.

Two and a half years ago, you were in prison. Your letter from prison was read at solidarity events. Now you are free and take part in panels and readings in Germany. How have you coped with this change? 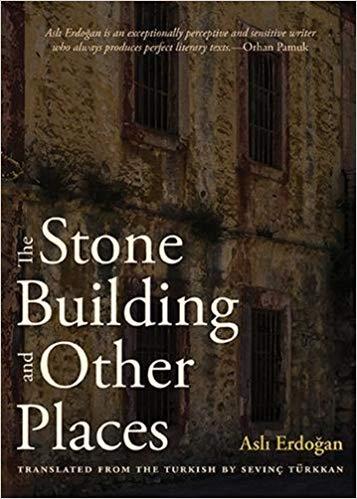 Writer and physicist Asli Erdogan has been living in exile in Frankfurt am Main in Germany since October 2017. After she published an article for the pro-Kurdish newspaper "Ozgur Gundem" about the actions of Turkish security forces in the southeast of the country, she was arrested for alleged propaganda on behalf of a terrorist organisation. She was detained for six months on remand. In her novel "The Stone Building and Other Places " from 2009, she anticipated her own fate – captivity, torture and loss

Erdogan: It has been an emotional rollercoaster, but the change is not yet complete. In a way, it feels as if my soul has been left behind in prison. Other people in Turkey can leave neither their prison nor the country. Many people in Turkish prisons are currently on hunger strike.

A former cell mate of mine has gone hunger strike. Thatʹs a really difficult feeling for me. I am neither free nor imprisoned. I should actually be grateful, but that is not possible either.

How are you coping with these awful experiences?

Erdogan: My works are mostly about trauma. My experiences in prison and exile were both traumatic. I hope I can at least use them in my literature. But you never know as an author. You can spend your entire life trying to write one meaningful sentence. With every new sentence, you start over.

Now I have to process this very painful news. I don't know if I can. But somehow I feel I have a burden of responsibility – to myself, my friends in prison and the whole of Turkey. Someone needs to write about all this, and that means staying alive.

Does life in exile lead to alienation from one's homeland or perhaps even greater solidarity?

Erdogan: A bit of both – it fluctuates over time. I am enormously frustrated by the conditions in Turkey, but overall, my feeling tends towards solidarity. When you are in exile, you are forced to find your home in yourself.

What do you miss most about your old life in Turkey?

Erdogan: First and foremost my mother, of course. My dead cat – she is always in my dreams. I miss the sea. Actually I can't live without the sea. I also miss the sun. I was born in Istanbul, where I grew up. I miss all the Istanbul cliches, the tea, the Bosphorus. When people send me a videos of seagulls over the Bosporus, my eyes fill with tears.

Do you feel lonely?

Erdogan: I'm pretty lonely in Frankfurt. In Berlin or Cologne things might be different. But had I stayed in Istanbul, I would be living in daily fear of the police, this fear would be omnipresent. It is really a relief to no longer live under this pressure. It is a blessing to sleep at night without expecting a visit from the police.

People from various countries supported you and solidarity events were held. These days you are no longer in custody. However, many writers and journalists are still in prison in Turkey. Do you think the European Union has been sufficiently critical?

Erdogan: In my case, international solidarity proved really very effective. Maybe because we were the first prisoners, or maybe because of the photos that made it abroad from Turkey at the time. Photos of people whose ears were cut off, of tortured officers – that shocked the whole world. The indignation has now subsided, perhaps because so many people have been arrested that everyone has somehow got used to it. I wish there was more reaction, but on the other hand you have to see it rationally. I was, however, extremely shocked that Mrs Merkel received President Erdogan last September. Talk about sending out mixed messages. On the one hand, there has been much criticism of Erdogan; on the other, it seems he can do whatever he wants as long as he keeps the refugees away from Europe. I think the reactions of the German public are far less ambiguous than those of German politicians.

Erdogan: Of course I do. When I arrived in Germany, I said: just three days and I'm going back. However, the situation has really deteriorated in the year and a half since. Returning to Turkey means taking a risk. The risk of going back to prison. They could try me just for talking to you. This conversation could bring me ten years in prison. Still, just as you can't cut off your nose, you also can't divorce yourself from your home. That said, the future looks really bleak for Turkey in the medium term. There are no positive developments on the horizon, only a regime that will leave everyone speechless.

While some are beginning to protest the lockdown, others are unable to bury their loved ones in accordance with Islam. Here’s the latest from across the region END_OF_DOCUMENT_TOKEN_TO_BE_REPLACED

Istanbul has become a refuge for many Arab communities – including the Muslim Brotherhood – but its cosmopolitan ways are also changing them. By Mohanad Hage Ali END_OF_DOCUMENT_TOKEN_TO_BE_REPLACED

Coronavirus continues unabated. Iran remains a hub of infection, war-torn Syria has recorded its first case and Yemen is bracing itself for the worst. Here’s the latest from ... END_OF_DOCUMENT_TOKEN_TO_BE_REPLACED

Going by the official numbers, Turkey is doing well, especially in comparison to other countries. But does this impression correspond to the reality? There are significant reasons ... END_OF_DOCUMENT_TOKEN_TO_BE_REPLACED

Libyan political analyst Faraj Alasha argues that the Berlin conference on the Libyan war did nothing to change the fact that there is no political solution to end the war raging ... END_OF_DOCUMENT_TOKEN_TO_BE_REPLACED
Author:
Gezal Acer
Date:
Mail:
Send via mail

END_OF_DOCUMENT_TOKEN_TO_BE_REPLACED
Social media
and networks
Subscribe to our
newsletter