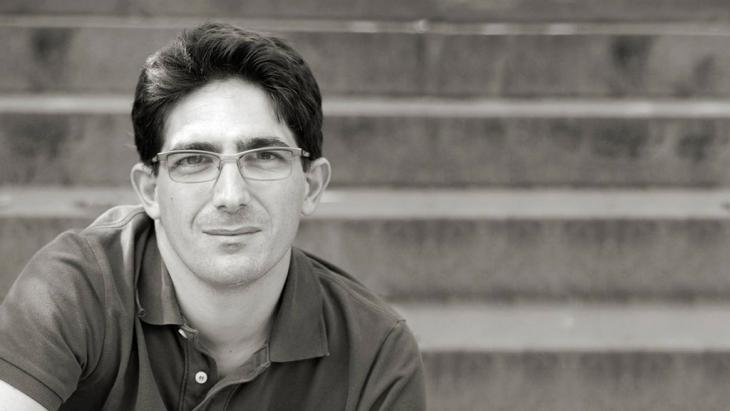 Turkish composer Tolga Yayalar was inspired by the sounds of the 2013 Gezi Park protests when composing his work "Tableaux Vivants d'une Résistance", which was performed recently for the first time by the Bilkent Youth Symphony Orchestra at the Beethovenfest in Bonn. Adelheid Feilcke spoke to the composer

Your composition "Tableaux Vivants d'une Résistance" (living pictures of resistance) premiered in Bonn on 23 September. What makes this composition so special?

Tolga Yayalar: It's a 16-minute piece for an orchestra of eighty performers. The initial idea was to use some of the sound material I collected during the 2013 Gezi Park resistance in Istanbul. I used a little bit of material, some subtle metaphors, but then the music took over, and it's taken on a shape of its own. Because this is for a youth orchestra and the young people were the main actors in the resistance, I wanted to dedicate the piece to all the young people in the orchestra.

So have you transformed noise into music?

Yayalar: What motivated me was the phonic experience of the street action. It was a one-of-a-kind experience. You hear all these people running and shouting, you hear the police attacking, the gas canisters falling. I wanted to transform that into music somehow using classical instruments. So there are some noisy passages. 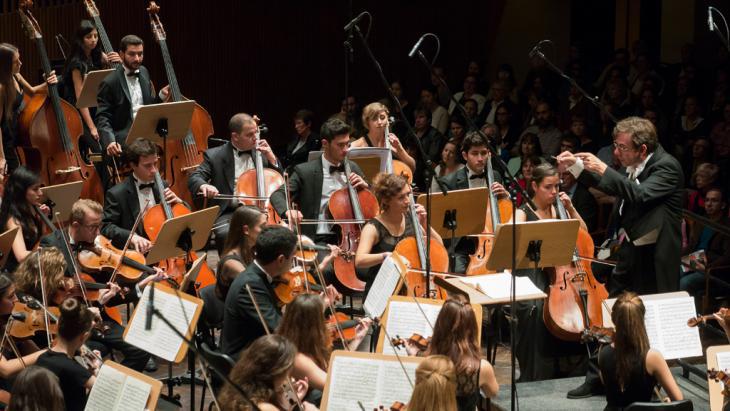 The world premier of Tolga Yayalar's "Tableaux Vivants d'une Résistance", which was performed by the Bilkent Youth Symphony Orchestra at the Beethovenfest in Bonn in September 2014. The composer describes the piece as "very physical, a lot of gestures, noise"

So the background to the piece is quite political. What is the personal statement you are making with this piece?

Yayalar: I don't see the protest as a protest primarily against the government but a declaration of every social and cultural segment of society declaring their rights and their freedom from any kind of authoritarian regime. I really, really support that. I wanted to write a piece that is meaningful in concept and subject matter.

Do you think music has the power to support such protests?

Yayalar: Yes, absolutely. I can't estimate the scope of the effect. But I think it's important to voice these concerns in any way possible, and music is one. It creates awareness and lets people know what's going on.

Is it global contemporary music or does it have Turkish elements?

I read that your background is more in rock and jazz, and then you moved into contemporary classical music. Do you still feel a gap between these different forms of music, personally, in your compositions?

Yayalar: That's a difficult question. I started out playing rock'n'roll, then jazz and of course, that gives a very different perspective to music. I think I benefit a lot from that. The fact that I've never trained as a classical musician affects my music in a positive way. While teaching, I have to make up for the difference. But lots of people come from a different background these days, so the distinction is not that dramatic anymore.

Often, contemporary classical music is difficult to understand. It has a rather elite audience. Do you think the young musicians are able to perform your music with the full range of emotion?

Yayalar: I have a certain style I spent years developing, so I wouldn't want to change that too much. But of course, it's a youth orchestra and there are limitations on the technical and the psychological sides, so I had to change my approach slightly. I kept everything rather simple. On the other hand, I chose the subject matter deliberately. I thought it was something meaningful for them, something that they would understand. The piece is sometimes very physical, a lot of gestures, noise, it's almost like going out in the street and going "Bang! Bang!" Those things would be harder to demand from more senior musicians. But younger musicians have the energy and the curiosity.

Your work was played at the Beethovenfest Bonn. Did that prospect stimulate you when you were writing your piece?

Yayalar: Yes [laughs]. It's a little scary to be in the same programme as Beethoven's Ninth. Nobody can compete with that piece – especially that one! So I chose not to. I didn't want to write something big and flashy, because Beethoven always wins. So it was very motivating, but it's also a lot of pressure. I used some small but important chords from the Ninth and am very curious how it's going to sound!

Iranian artist Parastou Forouhar has lived in Germany since 1991. Full of rage, just like the protesters, she hasn't yet given up on the idea of justice. By Julia Hitz END_OF_DOCUMENT_TOKEN_TO_BE_REPLACED

Unflattering terms were used at a German Football Association human rights congress aimed at "intensifying the discussion" ahead of the World Cup. One speaker in particular made ... END_OF_DOCUMENT_TOKEN_TO_BE_REPLACED

Fariduddin Attar’s "The Conference of the Birds", one of the seminal works of Islamic mysticism, has recently been published in sumptuously illustrated German translation. It ... END_OF_DOCUMENT_TOKEN_TO_BE_REPLACED

Egyptian authorities have Mada Masr in their sights once again after critical reporting. But the editor of the country's last independent news source is adamant they will continue ... END_OF_DOCUMENT_TOKEN_TO_BE_REPLACED

Like Christianity, Europe's history is one of migration. Both have strong roots in the Orient and in cultures thousands of years old. Cultural historian Bernhard Braun invites us ... END_OF_DOCUMENT_TOKEN_TO_BE_REPLACED
Author:
Adelheid Feilcke
Date:
Mail:
Send via mail

END_OF_DOCUMENT_TOKEN_TO_BE_REPLACED
Social media
and networks
Subscribe to our
newsletter