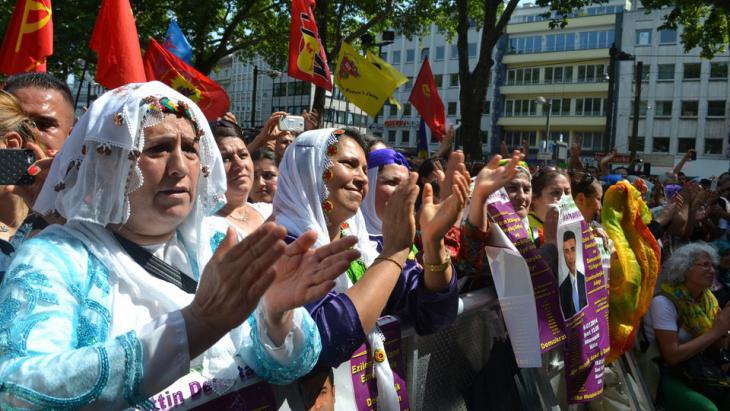 The solution to the Kurdish conflict as a yardstick for democracy

Sirri Sureyya Onder of the Peoples' Democratic Party (HDP) is a member of the Turkish parliament and a negotiator in the talks between Abdullah Ocalan, head of the PKK, and the Turkish state. In an interview with Ceyda Nurtsch, he expresses his thoughts on the political future of Turkey under President Erdogan and on the negotiations to solve the Kurdish conflict

In the presidential elections held this past August, Selahattin Demirtas of the HDP managed to garner almost ten per cent of the vote and was subsequently labelled the real winner of elections. What was the reason for his success?

Sirri Sureyya Onder: There were a number of decisive reasons. First of all, two of the three candidates for the office of president were similarly conservative; many left-wing voters in Turkey viewed them as being almost carbon copies of each other. These voters certainly found the choice rather disillusioning. This is why the urban left and social democrats maintain a clear rejectionist stance to this day, as if to say "everything will be better once Erdogan is finally gone". This attitude has, however, only led to him gaining in strength.

When the party in which this section of the electorate had placed all their hopes chose a candidate with the same characteristics as Erdogan, it proved to be a bitter disappointment. Then the HDP appeared: a new party that fought in the local elections only three weeks after it was established and tried to win voters over to its principles.

When HDP party chairman Selahattin Demirtas began to fill this political vacuum on the left, he managed to attract the attention of many voters. Many of them decided to support him at least in the first round of the election. Another reason for his success is the Kurds, who previously favoured the AKP and who regarded it as a matter of honour to cast their vote in presidential elections for candidates who emphasised the issue of Kurdish identity. In addition, it is important to note that the HDP unites 20 opposition political groups under one roof. In short, I think that the party's election success can be attributed to this synergy. 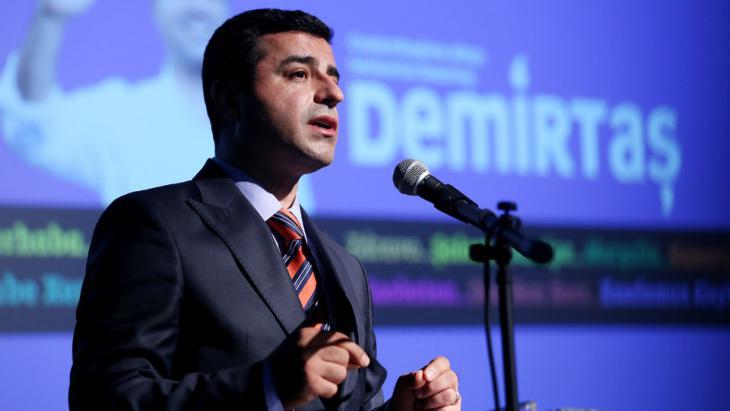 The rising star of Turkish politics: the 41-year-old Kurdish lawyer Selahattin Demirtas of the Peoples' Democratic Party (HDP) received 9.76 per cent of the votes cast in Turkey's presidential election on 24 August 2014

Do you think that the HDP is the country's new opposition?

Onder: This development is already underway and the process will only continue. Perhaps it is still too early to make the comparison with "Syriza" in Greece, but – and this is my own personal view – people keep a very close eye on political institutions and their leaders in terms of the political consequences of their actions. So if our actions and conduct correspond to what we promised voters before the elections, then interest in our policies will grow considerably.

You are one of the chief negotiators in talks about the Kurdish conflict and are frequently in contact with the imprisoned PKK leader, Abdullah Ocalan. Are you satisfied with the progress of the negotiations?

Onder: Just a couple of weeks ago, the negotiation framework law was passed. Previously, there was an on-going process of dialogue. This is also how Ocalan views the situation. I am not someone who instinctively calls for new laws, but I consider this new law to be important because it defines the tasks and responsibilities of both sides and, at the same time, allows the general public to monitor proceedings.

Personally, I see the situation like this: no negotiations would mean the continuation of a conflict where no one wins. And, in the end, all parties would still have no choice but to return to the negotiating table, yet at a higher cost to society. Every lost life is an obstacle to dialogue and future negotiations.

During my time as a negotiator, I have observed how important it is to remain at the table and, in the case of stalled talks, to open up a new window of dialogue. I am optimistic in terms of what the future holds for these negotiations, provided that no serious political incidents arise. This is the first time in the history of Turkey that Turks and Kurds are sitting together at a negotiating table without the presence of a third mediating party.

I think that we are not only solving the Kurdish problem; at the same time, we are making Turkey more democratic and a better place to live. The question as to how we solve the Kurdish conflict will also serve as a yardstick for democracy in this country. 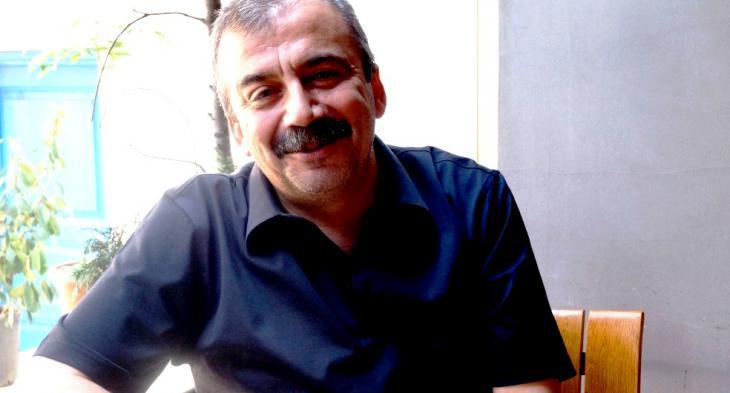 Sirri Sureyya Onder was born in Adiyaman in 1962. He studied Political Science at the University of Ankara and has worked as a director, actor, and journalist. He joined the pro-Kurdish Party of Peace and Democracy (BDP) in 2011. He was one of the first Turkish politicians to join the Gezi Park protests in the summer of 2013. For the local elections in 2013, he and other politicians joined forces with the Peoples' Democratic Party (HDP)

A few weeks ago, Germany began supplying weapons to Iraqi Kurds. In this context, there have also been discussions as to whether the PKK should no longer be officially classified as a terrorist organisation. How have these developments affected the Kurds in the region and the negotiations between the Turkish government and the PKK?

Onder: I consider the position not only of Germany, but of the West as a whole, to be problematic. I see this policy as neither genuine nor consistent because the PKK is still doing today what it has always done, namely continuing its struggle for national independence.

There is no other place on earth where an organisation that amasses three million votes in every election, sends deputies to parliament, is active in labour unions and includes men and women aged seven to seventy in an organised civil struggle is regarded as a terrorist organisation. If you limit the criteria to armed struggle alone and put the organisation on the list of terrorist groups for this reason, then that is a political stance. If they are then taken off the list, it is a calculated political strategy. I find this opportunistic. In light of the brutality suddenly confronting the West, it had to ally itself with the only secular power in the region.

The Kurds do not need weapons. And if the West thinks that it can rid itself of this brutality merely by supplying the Kurds with more weapons, then it is committing a grave mistake. In the northern Syrian region of Rojava, for instance, the population has organised and is defending itself with simple infantry weapons.

What then, in your opinion, should Western states be doing?

Onder: A first step could entail removing the PKK from the list of terrorist organisations. Putting it on this list was a senseless political reflex. This would increase the self-confidence of the Kurdish people, which would then defend itself, as it is, after all, fighting for its own territory – in contrast to the IS fighters, who come from all corners of the world.

Recep Tayyip Erdogan has unveiled his Project 2023, which aims to make Turkey one of the world's top ten leading economies. What is your vision for the year 2023?

Onder: Erdogan first has to create a democracy in which there are no exceptions. Over the past few years, the excuse has constantly been that we would have had real democratic conditions were it not for the terrorists, the left, the Kurds, and so on. We have always been given such reasons for deferring democracy, but democracy is a system that does not accept excuses. Only with more freedom and democracy will we be able to solve the problems and only then will Project 2023 be realistic.

A broad U.S.-led effort to hold the Chinese government to international account for its abuses of largely Muslim Uighurs in Xinjiang would, at the very least, remind China that ... END_OF_DOCUMENT_TOKEN_TO_BE_REPLACED

The outpouring of solidarity worldwide following the violent death of George Floyd should prompt us to step back and fundamentally question racist structures and privileges based ... END_OF_DOCUMENT_TOKEN_TO_BE_REPLACED

The recent murder of Turkish student Pinar Gültekin by her ex-boyfriend has sparked outrage in Turkey. Women's rights activists are calling for the government to tackle the ... END_OF_DOCUMENT_TOKEN_TO_BE_REPLACED

While the government claims the new lawyers' act will be more pluralistic and democratic, lawyers believe it will harm the right to free trial and split them down political lines ... END_OF_DOCUMENT_TOKEN_TO_BE_REPLACED

The photos of the first Friday prayers in Hagia Sofia in 86 years triggered passionate and diverse responses around the world. Surrounded by a coterie of ministers, Turkey's ... END_OF_DOCUMENT_TOKEN_TO_BE_REPLACED
Author:
Ceyda Nurtsch
Date:
Mail:
Send via mail

END_OF_DOCUMENT_TOKEN_TO_BE_REPLACED
Social media
and networks
Subscribe to our
newsletter