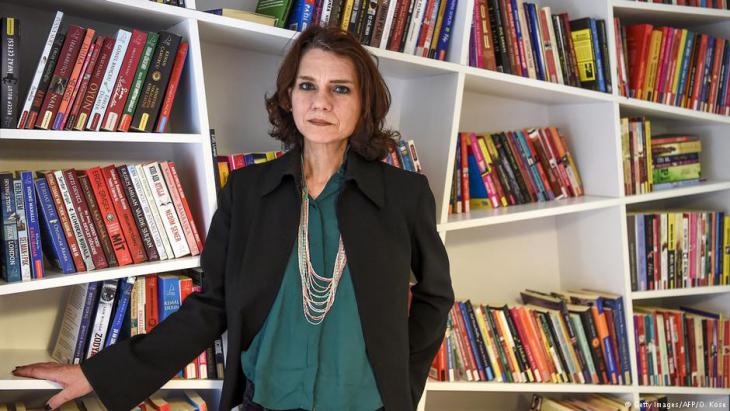 "It's my country too"

Celebrated Turkish novelist Aslı Erdoğan was imprisoned for four months in Turkey last year. Despite the awful experience and the pressure being exerted on her, she refuses to be cowed. Writing, she says, is a responsibility. Interview conducted by Ceyda Nurtsch

Critics have compared your style of writing with that of Franz Kafka. Your arrest in the middle of the night on 16 August 2016 followed by four months of detention in Istanbul is tragically Kafkaesque too. Do you have an explanation why you, a novelist, were suddenly sent to jail?

Aslı Erdoğan: Honestly, I was very surprised, too.  At the same time, it was something I expected might happen; you can sense it. I believe the Kafkaesque element is due to the following: I'm not Kurdish, nor am I politically active. But I have written about Kurdish issues. According to a UN report, 2,000 civilians died in the South-East. If you start asking why they died, you pay a high price. It's an attempt to intimidate us so-called "white Turks": don't get involved, let us deal with the Kurds as we wish, or we will punish you more severely than the PKK.

Are you planning to write about your time in jail?

Erdoğan: This may sound strange, but my soul is still in prison. The law suits will be there for a while to remind me: if you protest, you'll be sent back in there.

Writing is the only thing I know to deal with the trauma. I haven't yet reached the point where I could say "I'm out of prison, and my wounds are healing." But I do feel compelled to put everything in writing. The stories of the women I met there need to be told. 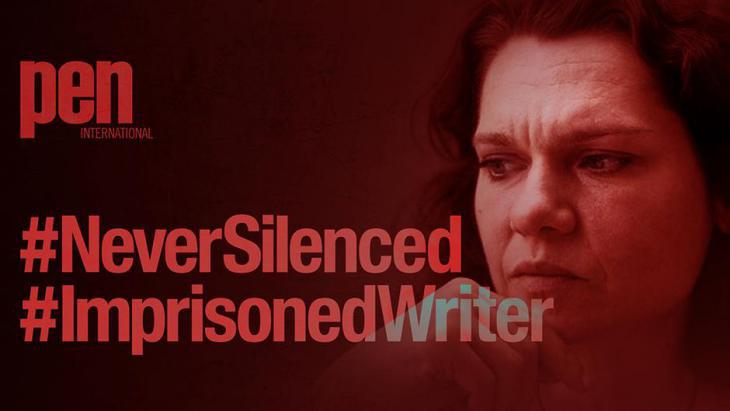 PEN campaign for the release of Aslı Erdoğan: for almost 20 years, Aslı Erdoğan worked for the left-wing liberal Turkish media foundation "Radikal" and for the pro-Kurdish newspaper "Özgür Gündem". In August 2016, she was imprisoned on charges of being a member of an illegal organisation and incitement of the people. After four-and-a-half months, she was released on health grounds

You once said that language is the one thing that most strongly binds you to Turkey. Has this past year since the state of emergency was imposed in addition to what you experienced in jail changed your language?

Erdoğan: That's a very good question that no one has asked before! One of my texts – it was entered into my file – is an interior monologue about how violence violates the outside world, fascism violates the inner world, and thus language. German philosopher Theodor Adorno said that there can be "no poetry after Auschwitz". You have to find language that mirrors this violence. That isn't easy. When I was busy with this question, I found myself in prison.

Isn't it a contradiction that while you were imprisoned in your native country, you won awards abroad?

Erdoğan: That actually started earlier, around the year 2000. My time in jail was a culmination of this contradiction. While the prison guard insulted me, lawmakers in the European Parliament demanded my release. My publisher is the current French culture minister. But here, a policeman can beat me, drag me away by my hair. I try not to take it too personally.

Do you still feel at home in Istanbul, in Turkey? Many artists, academics and journalists are leaving.

Erdoğan: I condemn no one who leaves for reasons of personal safety. Quite the opposite, in fact. I haven't felt at home in Turkey for the past 15 years, perhaps I have never felt at home. My home, my native country, my umbilical cord is the language. I love to write in Turkish, and have a very personal relationship with my language. If I lived in some other country, that relationship would be unhinged. If you don't hear your own language, you lose its rhythm, its sound.

Exile is difficult, but of course it's better than prison. But I feel defiant, like a child. The more people say, leave, the more I want to stay. I say: "this land is mine, too!" For the first time, I have a home. Even if it has become difficult for people who challenge matters even subtly.

You come across as introverted, but at the same time, you were always the voice of the downtrodden. Since your imprisonment, you've also been in the international limelight. How does that feel?

Erdoğan: People always think writers want to be famous. That may be true for many, but I have always run away from too much attention. I wrote in order to be able to ask certain questions. Now, I must speak in order to remain true to my own ethics. I have a responsibility, in particular because I saw what prison is like. I no longer have the luxury of remaining silent. Speaking for the inmates, too, is my responsibility. But it's not something I chose to do, I would gladly turn back time to the day before my arrest. 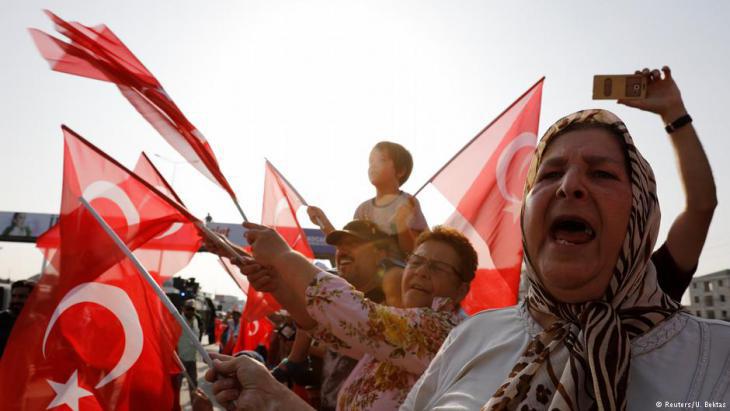 "The main reason why the opposition hasn't merged is Turkish and, to a certain degree, Kurdish nationalism. The opposition is divided on the Kurdish question. Discrimination and prejudice are never far in a society dominated by chauvinist nationalism. That is true for all the parties," says Aslı Erdoğan. Pictured here: CHP supporters during the recent Justice March in Berberoglu, Turkey

Symbolically, you participated in this month's "March for Justice". Why is there no solidarity among the opposition?

Erdoğan: The main reason why the opposition hasn't merged is Turkish and, to a certain degree, Kurdish nationalism. The opposition is divided on the Kurdish question. Discrimination and prejudice are never far in a society dominated by chauvinist nationalism. That is true for all the parties.

You say you experienced great solidarity among women in prison. Is it part of Turkey's problem that such things remain in the background in a patriarchal society?

Erdoğan: Exactly. It explains my arrest and the arrest of 70-year-old Necmiye Alpay. Kurds and women are the two groups threatened with losing everything they have achieved. The AKP upholds chauvinist militarism – and so do those who call themselves the opposition.

Misogyny is deeply anchored in the society. That's why I am so hopeful when I see women showing solidarity. The women were always more courageous than the men in all the protests.

Aslı Erdoğan was arrested in August 2016 because of the columns she wrote for the pro-Kurdish newspaper Ozgur Gundem. She was detained for four and a half months in a women's prison in Istanbul, and released for health reasons.

Initial statements by the Biden administration indicate it will follow a carrot and stick policy towards Turkey. Ankara believes its role in negotiations on various issues could ... END_OF_DOCUMENT_TOKEN_TO_BE_REPLACED

Did the Saudi state plan the assassination of Jamal Khashoggi? Was Khashoggi so much of a threat to the Saudi regime that it was prepared to commit a terrible crime to get rid of ... END_OF_DOCUMENT_TOKEN_TO_BE_REPLACED

For years, singer Aynur Dogan has preserved and expanded the possibilities of traditional Kurdish music, lending a voice to her people. She has just released her seventh studio ... END_OF_DOCUMENT_TOKEN_TO_BE_REPLACED

Relations between Ankara and Paris have reached a new low, with presidential communications contributing to the escalation. To describe recent bilateral exchanges as undiplomatic ... END_OF_DOCUMENT_TOKEN_TO_BE_REPLACED

Just like the rest of the world, the Arab region and Arabic-language media have been watching spellbound over the last few days as U.S. President Donald Trump was voted out of ... END_OF_DOCUMENT_TOKEN_TO_BE_REPLACED

M’hamed Oualdi presents the story of a manumitted-slave-turned-dignitary in the Ottoman province of Tunis and the posthumous conflicts over his estate as a case study to ... END_OF_DOCUMENT_TOKEN_TO_BE_REPLACED
Author:
Ceyda Nurtsch
Date:
Mail:
Send via mail

END_OF_DOCUMENT_TOKEN_TO_BE_REPLACED
Social media
and networks
Subscribe to our
newsletter