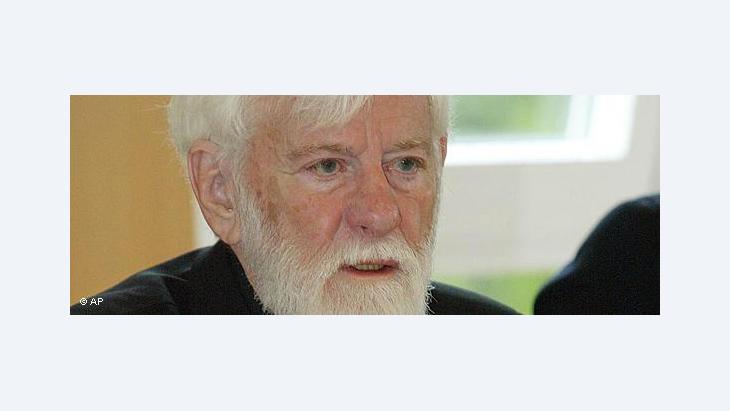 ﻿The Palestinian leadership wants the United Nations to recognise it as an independent state. In an interview with Diana Hodali, the well-known Israeli human rights activist Uri Avnery says this could finally lead to some progress in the Israeli-Palestinian conflict

You are a champion of the two-state solution to the Israeli-Palestinian conflict. What do you think of the fact that the Palestinians want the United Nations to recognise a state of Palestine within the 1967 borders?

You mean that David Ben Gurion and his colleagues declared the state of Israel unilaterallyon 14 May 1948, and in the end it was proclaimed because of a UN General Assembly resolution – Is this really comparable? 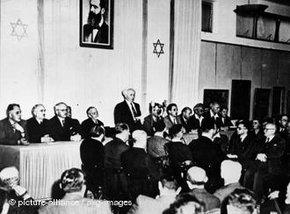 Israel's Declaration of Independence on 14 May 1948. The new state was quickly recognised by the Soviet Union, the United States, and many other countries, but not by the surrounding Arab states, who declared war

​​Yes it is. In November 1947, the General Assembly, with a two-thirds majority, decided to divide the country of Palestine into two new states – a Jewish state and an Arab state. A few months later, Ben Gurion proclaimed the state of Israel unilaterally. The state of Palestine was never proclaimed because the territory, which was supposed to belong to this state, was partly occupied by Israel and partly annexed by Jordan and Egypt. Now the Palestinians want to proclaim their territory – 22 percent of former Palestine – as their state. I don't think anyone has the right to prevent the Palestinians from having an independent state.

Will Israel recognise a Palestinian state that has been unilaterally proclaimed?

Avnery: Israel will not recognise this state whether it is proclaimed unilaterally or not. Israel's current government does not want a state of Palestine. It does not want to give up a single square metre of Palestine. That's basically the point. This is the Palestinians' struggle for the right to their own state and for an end to Israeli occupation.

Can one even say "unilateral" considering Mahmoud Abbas and his colleagues' request will be laid forth before 193 UN states? 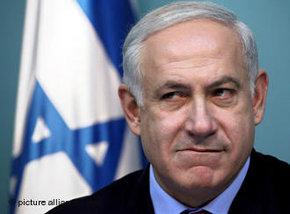 Peace? Nah... "The current government of Israel does not want a state of Palestine and it does not want peace either," says Uri Avnery

What other possibilities do the Palestinians have if they want to found their own state?

Not everybody is in favour of the unilateral proclamation of a Palestinian state in the international arena. Benjamin Netanyahu, Israel's prime minister, has ruled out a return to the 1967 borders...

Avnery: In the past decades, the international community, including Germany, has been incredibly hypocritical. All the governments in this world know that if there is to be peace, there has to be a state of Palestine – and that there has to be peace between Israel and this state. That's why there have to be two states. If one always maintains one has to wait until the Israeli government agrees to the conditions then it means that peace negotiations do not make sense. 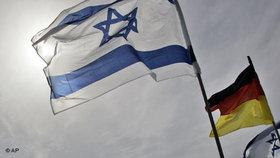 Avnery accuses the international community, including Germany, to have been incredibly hypocritical, knowing that peace negotiations won't lead anywhere, if the government of Israel doesn't want a state of Palestine

​​None of the peace negotiations of the past years have made any sense. It was basically a cynical game without any basis at all. If states such as Germany then call for peace negotiations to be re-started, it is also hypocritical. They know that peace negotiations won't lead anywhere, if the government of Israel doesn't want a state of Palestine.

The Israeli government has announced it will revoke the Oslo Accords if Abbas really appears before the UN in September. Would Israel not have to live up to its responsibility as occupier and take on the full costs for administering the region? Would it make any sense for Israel to do this?

Avnery: It has not yet been said that this has already been decided. An Israeli government agency has been tasked with examining the matter. To revoke Oslo would mean total chaos. It would mean dissolving the autonomous Palestinian Authority. It would also mean Israel would completely occupy the territories and would be responsible for providing for the Palestinians. The Palestinian security forces, which have been preventing terror, would also be disbanded. The idea is absurd and I don't think my government will take this path.

But how will Israel react if a state of Palestine is recognised by the UN General Assembly? 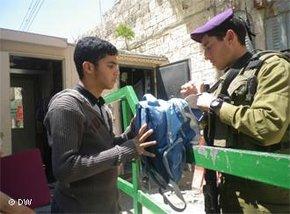 ​​Avnery: The UN Security Council has all the practical powers. That's why the Israeli government, my government, is rather indifferent to what will happen in the General Assembly. It has a great deal of moral value for the Palestinians and that is important but it has no practical value. A state of Palestine that is recognised will nevertheless not be admitted into the United Nations.

But you are still in favour of Abbas doing this in September?

Avnery: Yes, it is important. If the state of Palestine is recognised internationally then it will be able to do many things it cannot do today. For example, it will be able to appeal to the International Criminal Court. I don't know whether Germany will raise the status of the Palestinian delegation to an embassy – I doubt it. But in many other countries, such as France or in Scandinavia, the Palestinians will get an embassy and not only a delegation. This is a step forward for the Palestinians.

The question is also: How long can the Palestinians continue to live under this harsh military occupation without freedom of movement? How long until the situation in Palestine explodes and the same as in Egypt happens? The Israeli government is less worried about the United Nations resolution, which it always ignores anyway, than about what might happen amid the population. A United Nations resolution could at least prevent an uprising and give Palestinians the feeling that the world recognises them. That's also important for Israel because a great part of the Israeli population still wants peace with the Palestinians, even if we have a right-wing government.

Uri Avnery was born in Beckum, Germany in 1923. He is an Israeli journalist, writer and peace activist. He sat in the Israeli Knesset for a total of 10 years, during three legislative periods.

END_OF_DOCUMENT_TOKEN_TO_BE_REPLACED
Social media
and networks
Subscribe to our
newsletter