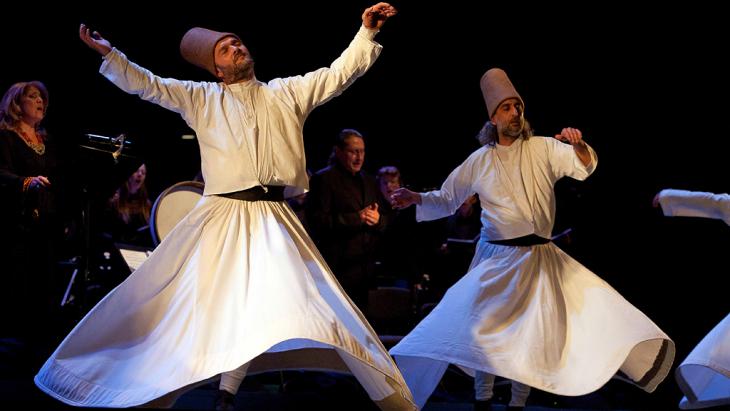 Vladimir Ivanoff is the head of Ensemble Sarband. In this interview with Adelheid Feilcke, Ivanoff explains the motivation behind the ensemble's musical project "Passio – Compassio", which could be summed up as a call to each individual to try and overcome East–West differences and make relations between the two more bearable

Your latest project brings together European, Arab and Turkish musicians, instruments and traditions. What's behind the title "Passio - Compassio"?

Vladimir Ivanoff: "Passio" means both "passion" and "suffering". In its medieval sense, "compassio" means "to perceive" and "to empathise". With the project, we're trying to sublimate suffering by way of music, transforming it into mindfulness – mindfulness towards that which is foreign, that which is different. 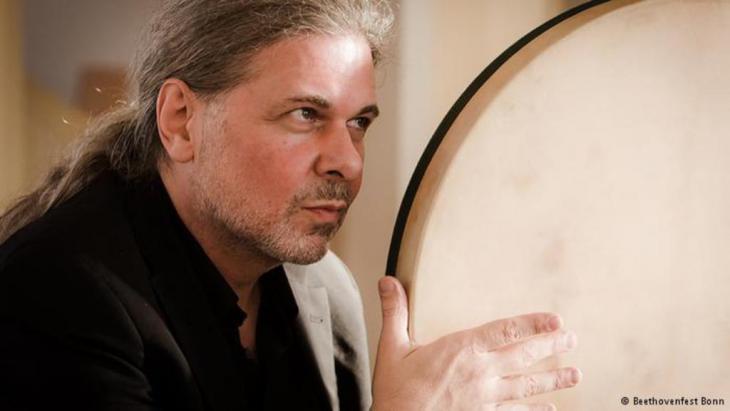 Born in Bulgaria, Vladimir Ivanoff is a musicologist, musician, author and lecturer who researches connections between Eastern and Western music traditions. He is the creative director of the "Tonfolgen" Festival in Bonn, Germany, and founder of the Ensemble Sarband, which has toured Europe, Asia and the US

How does that work with these very different styles of music?

Ivanoff: We're using various pieces of music that treat suffering and martyrdom in the tradition of these great religions. But we're masking these pieces of music. For example, Bach is sung in Arabic and Turkish or played in jazz style; early eastern Christian songs are played in jazz or Baroque style. Some listeners will be more familiar with some parts of the repertoire than with others, but the arrangements will make them sound foreign. In turn, listeners may find unfamiliar repertoires more accessible. The alienating effect leads one to think, "Okay, it may be very different, but I can accept that because I've noticed that what I thought I knew is entirely foreign to me."

In the project, instruments from a variety of cultures are played, with their widely divergent voices and technical possibilities. How does it fit together?

Ivanoff: That's the nice thing about art; you can make the impossible possible. We have a jazz string quartet on stage that also performs as a classical string quartet. On the one hand, we have a Western harpsichord; on the other, the qanun from the Arab and Turkish world, which used to be referred to as the "piano of the Orient". Then we have jazz saxophone along with the ney, an Arab and Turkish flute. Then of course – and very importantly – there is one male and one female singer. Our male vocalist, Mustafa Dogan Dikmen, is one of the great specialists in classical Ottoman music and sometimes sings Bach in Turkish. The female singer, Fati el Hash, is from Lebanon and studied in Germany. Our musical programme reflects her own multicultural background.

Ivanoff: They perform dance-like movements, but they're not dancers. They're from the Mevlevi Brotherhood, a lay association. Since their youth, they've been meeting once or twice a week to dress in ritual costume and swirl to music. Their goal is to reach a state of absolute inner clarity.

At the concert, these Mevlevi dervishes whirl twice – non-stop – for about 20 minutes each time, to jazz, Bach and Islamic music. As they swirl around, an indescribable feeling of community ensues, not only on stage, but also with the audience. That's what we're primarily aiming for with the project: to create a community of mindfulness over the course of two hours. For me, the dervishes are like satellites of brotherly love.

So, the message is to be mindful of others, even if the others and I don't actually fit together?

Ivanoff: Orient and Occident don't actually fit together! If they're supposed to coexist, then you have to make it happen. But before communication can take place, you need mindfulness and acceptance.

We cannot isolate ourselves anymore. We can't simply close the door and say, "Everything is good here, and it doesn't matter what happens out there." You have to work for it. The beginning is easy: perceiving and feeling that "ok, there is a difference." What happens next is up to the audience and to individuals. Ours is a call to work towards something both on the inside and outside.

It's actually a counter mission to all of these peace, love and blah, blah projects that send out the message: "You can all go home now in peace; everything's fine!" Everything is not fine! This year, I spent three months fighting for each of my Syrian, Iraqi and Turkish musicians' visas. Understanding has not increased. We're becoming a bastion that is closing itself off towards everything else. Fear is on the increase. Each individual has to do something to try and make things at least more bearable.

Iranian author Fariba Vafi is adept at describing everyday scenes and concealing within them something ambiguous, in parts strange and grotesque. She writes novels – which have ... END_OF_DOCUMENT_TOKEN_TO_BE_REPLACED

Her grandparents are Jews – born in Tunisia and Algeria. Director Cleo Cohen has now broken the silence about this with a very personal debut. By Nadine Wojcik END_OF_DOCUMENT_TOKEN_TO_BE_REPLACED

Life imprisonment for crimes against humanity: that was the sentence handed down to Anwar Raslan in the world's first trial of a member of the Syrian torture system. Matthias von ... END_OF_DOCUMENT_TOKEN_TO_BE_REPLACED

Every year in December, the team at Qantara.de takes a look back at the articles that proved most popular with our readers. This year is no different. Here is a run-down of the ... END_OF_DOCUMENT_TOKEN_TO_BE_REPLACED

With his new album, "A Voice Keeps Calling Me", the Persian santur player Kioomars Musayyebi is building bridges from Iran across the Arab world to European early music. By Stefan ... END_OF_DOCUMENT_TOKEN_TO_BE_REPLACED

Former lawyer Said Haider has invented a chatbot for those seeking advice on anti-discrimination issues – Meta is the first chatbot of its kind in the world. In conversation with ... END_OF_DOCUMENT_TOKEN_TO_BE_REPLACED
Author:
Adelheid Feilcke
Date:
Mail:
Send via mail

END_OF_DOCUMENT_TOKEN_TO_BE_REPLACED
Social media
and networks
Subscribe to our
newsletter