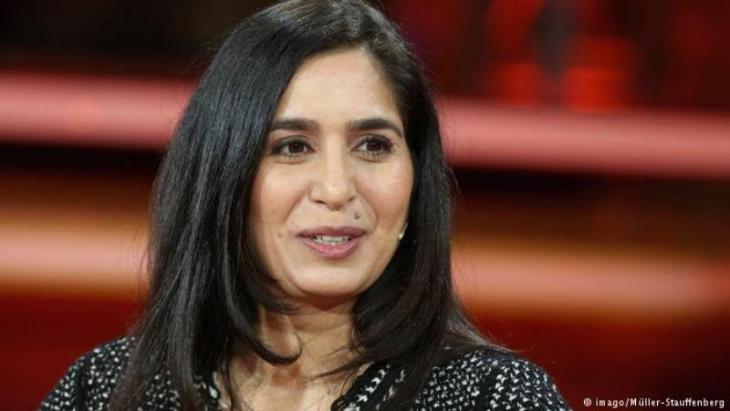 German-born Mekhennet has focused her investigative career on diving into militant Islamist networks. She spoke to Sabine Kieselbach about her job's dangers and why it is important to speak to jihadists

Ms. Mekhennet, the film "All the President’s Men" about the Watergate scandal in the 1970s inspired your career choice. Now here you are, working at the paper where the two investigative journalists who broke Watergate worked. How does that feel?

Souad Mekhennet: It feels almost surreal. I watched this film about the Watergate affair as a teenager. I found it unbelievable to see that two Washington Post journalists could, through their research, cause the downfall of a U.S. president. I thought that was incredible. These men, who did not come from influential or wealthy families, were able to wield such influence through their jobs and make such a difference. But, of course, it was a very long road for the daughter of guest workers in Germany to make it all the way the Washington Post. 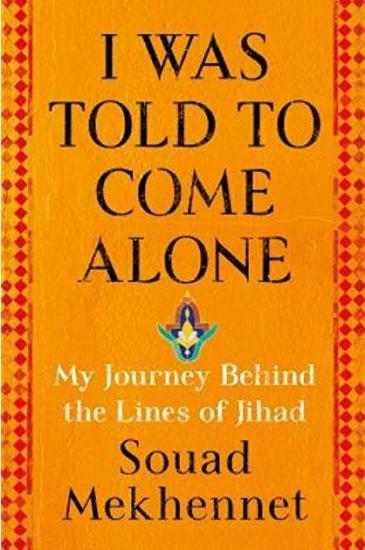 Honest, upfront approach: "before I go into any interviews, I tell people from the beginning that I am a journalist. Everyone knows I work for the Washington Post, I don't hide that. We don’t do undercover stories. I say, 'I’m going to come and listen to your side of the story. I will also ask you critical questions, but I will reflect your answers to these questions fairly in my article.' This has worked very well so far, knock on wood," says Mekhennet

Mekhennet: I have encountered evil frequently throughout my life. When I was a teenager, I was chased by skinheads through the streets of Frankfurt with threats of being killed or gassed.

I believe that there are many people on many different levels in this world who deal in what we call evil. I once met a firefighter's wife whose husband had been killed during the September 11 attacks. She told us journalists, ”I believe that the media and the politicians also share the blame for what happened on September 11, because no-one out there told us why these people hate us so much!”

She was right: we only report on the attacks once they are over, but we do not deal with the people or their ideologies before they become mass murderers. I made it my task to explore this and subsequently began my journey into the so-called world of jihad.

I sometimes found myself sitting down with people who have told me that if I were from America or from this or that country, then they would immediately kidnap and kill me. In such a situation, you don't know whether you will leave the interview alive. We have to learn how to live with this. But I believe it is important that we take on this assignment.

You say that you want to mediate, to build bridges. Your book is now being translated into Arabic. How does "the other side" react to your work?

Mekhennet: Before I go into any interviews, I tell people from the beginning that I am a journalist. Everyone knows I work for the Washington Post, I don't hide that. We don’t do undercover stories. I say, “I’m going to come and listen to your side of the story. I will also ask you critical questions, but I will reflect your answers to these questions fairly in my article.” This has worked very well so far, knock on wood.

Have you ever reached your limits when it comes to your work?

Mekhennet: There was a situation where I saw the son of a fighter in Lebanon playing a game with his friends called "kill the unbelievers." He was a little boy, just five years old. That hit me hard. And sometimes there are situations where you really think that you won’t make it out. I was in prison in Egypt. I was threatened with all sorts of things, tied up, blindfolded and led into a room where a woman was screaming. I thought I was going to be raped. As a woman and a journalist, you reach certain limits; you have to find a method to overcome the fear and continue.

You have often found yourself exposed in risky situations where you didn't know how the situation would end. Do you purposefully seek out risk?

Mekhennet: I sought out these meetings because I believe they are the only possibility to speak to these people, to understand their motivations, and then to deliver counterarguments.

In my book, you can read about a discussion I had with an IS commander in a car that only went up to a certain point. Up to the moment when he placed his hand on his right-hand trouser pocket. I knew he had his weapon there, so I had to dial back my critical questions. But, naturally, it's about how I tried to argue with these people and to understand how they have become the way they are. Only then can we think about the possible counteractions we can take as a society.

You are trying to understand the men and women of the so-called Islamic State. Have you found anything out that we do not already know?

Mekhennet: Although we see IS as a homogeneous group, it is very heterogeneous in and of itself. I know that there are conflicts between individual nationalities. It would be very problematic if we were to see it as relating to Islam and say that these people hate the West because they are Muslims. Thatʹs exactly what they want. They want a religious conflict to arise. We should not do them the favour.

Along with the Washington Post, Souad Mekhennet has worked for The New York Times, the Frankfurter Allgemeine Zeitung, the Daily Beast and German broadcaster ZDF.

Jonas Poher Rasmussen's Oscar-nominated animated documentary “Flee” focuses on the life of a refugee from Afghanistan. Based on a true story, it centres around the question: when ... END_OF_DOCUMENT_TOKEN_TO_BE_REPLACED

The Biden administration could have used Pakistan’s economic crisis to compel the country to sever its longstanding ties to terrorist groups. Instead, the U.S. protects and ... END_OF_DOCUMENT_TOKEN_TO_BE_REPLACED

No country in the Islamic world is influenced as strongly by the traditions of Sufi culture as Pakistan. Yet the Sufis there have been under attack from Islamic hardliners for ... END_OF_DOCUMENT_TOKEN_TO_BE_REPLACED

On 15 August 2021 the Taliban overthrew the government in Afghanistan and seized power. One year later, the country is facing multiple challenges that demand immediate global ... END_OF_DOCUMENT_TOKEN_TO_BE_REPLACED

Salman Rushdie's "Shalimar the Clown" is a furious tale about a lost paradise. In this interview with Lewis Gropp, Salman Rushdie talks about how the Indian army and militant ... END_OF_DOCUMENT_TOKEN_TO_BE_REPLACED

One year on from the Taliban's return to power in Afghanistan, some cracks are opening within their ranks over the crucial question of just how much reform their leaders can ... END_OF_DOCUMENT_TOKEN_TO_BE_REPLACED
Author:
Sabine Kieselbach
Date:
Mail:
Send via mail

END_OF_DOCUMENT_TOKEN_TO_BE_REPLACED
Social media
and networks
Subscribe to our
newsletter