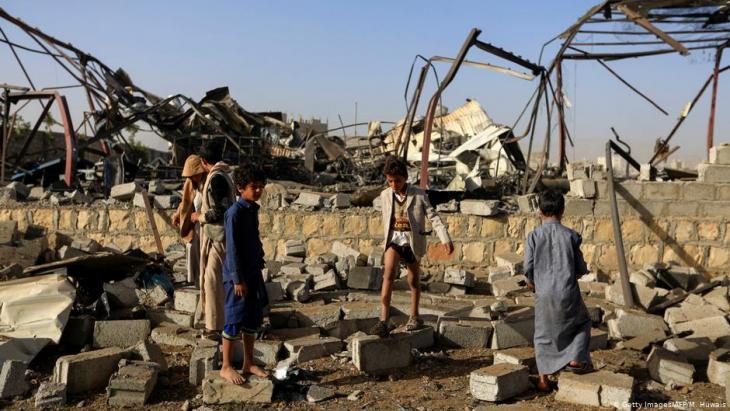 Islam scholar and social anthropologist Marie-Christine Heinze is head of an academic exchange project with the University of Sanaa on "Post-conflict Reconstruction in Yemen". In conversation with Elisa Rheinheimer-Chabbi, she talks about weapons from Germany, crucial reforms and why Yemeni women are the ones healing social rifts

Ms Heinze, Yemen is currently experiencing one of the worst humanitarian crises of our time. But there’s barely any reporting on it in German media. Where does this ignorance come from?

Marie-Christine Heinze: I wouldn’t call it ignorance. What we’re dealing with here is a conflict that’s highly complex and difficult to understand. Few German journalists are familiar with its background. Yemen is also far away and very few refugees are arriving here, so there’s not that much interest in this conflict. And there’s something else at play here: many Germans experience a sense of saturation when it comes to crises in other parts of the world. That is regrettable, as this war should be a matter of some concern to us, because the German government is responsible for arms shipments to warring nations.

On the one hand the government is supplying weapons, while on the other Germany is one of the top humanitarian donors in Yemen…

Heinze: Yes, and 80 percent of the population is dependent on humanitarian aid! The United Nations estimated the need for some 3.38 billion U.S. dollars in humanitarian aid for Yemen for 2020. But of this desperately needed aid, just 1.6 billion dollars had come in by December. This is partly because the Gulf states directly involved in the Yemeni war have partially or fully withdrawn as donor nations.  According to the UN organisation OCHA, Saudi Arabia and the United Arab Emirates each contributed 25 million U.S. dollars of aid in 2018.

Is the E.U. playing a role as soft power in this conflict?

Heinze: With regard to stabilisation and peacebuilding, the E.U. certainly plays a role in Yemen. But it’s not a global player, with the power to end the conflict. In Yemen there isn’t the one actor with enough influence to persuade all parties involved to adhere to agreements and treaties. Both the U.S. and Britain allied themselves with one side very quickly. 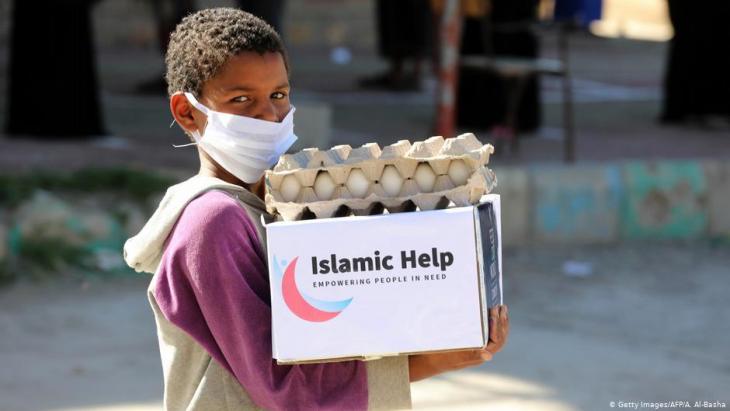 A lack of international aid: "80 percent of the population is dependent on humanitarian aid," says Marie-Christine Heinze. The United Nations estimated the need for some 3.38 billion U.S. dollars in humanitarian aid for Yemen for 2020. But of this desperately needed aid, just 1.6 billion dollars had come in by December. This is partly because the Gulf states directly involved in the Yemeni war have partially or fully withdrawn as donor nations

This means they have passed up the opportunity to exert any influence on the other side, the Houthis. During his final days in office Donald Trump put the Houthis on the terror list and previous governments only looked at Yemen through the anti-terror lens. I hope things will change under President Biden.

Fariduddin Attar’s "The Conference of the Birds", one of the seminal works of Islamic mysticism, has recently been published in sumptuously illustrated German translation. It ... END_OF_DOCUMENT_TOKEN_TO_BE_REPLACED

Egyptian authorities have Mada Masr in their sights once again after critical reporting. But the editor of the country's last independent news source is adamant they will continue ... END_OF_DOCUMENT_TOKEN_TO_BE_REPLACED

Like Christianity, Europe's history is one of migration. Both have strong roots in the Orient and in cultures thousands of years old. Cultural historian Bernhard Braun invites us ... END_OF_DOCUMENT_TOKEN_TO_BE_REPLACED

Mohamed Abla is the first visual artist from Egypt to be awarded the Goethe-Institut’s Goethe Medal, Germany’s highest honour in the area of foreign cultural policy. Stefan ... END_OF_DOCUMENT_TOKEN_TO_BE_REPLACED

Bachtyar Ali sends the hero of his latest novel – "Mein Onkel den der Wind mitnahm" – literally flying. Jamshid is so thin after his years as a political prisoner that a gust of ... END_OF_DOCUMENT_TOKEN_TO_BE_REPLACED
Author:
Elisa Rheinheimer-Chabbi
Date:
Mail:
Send via mail

END_OF_DOCUMENT_TOKEN_TO_BE_REPLACED
Social media
and networks
Subscribe to our
newsletter