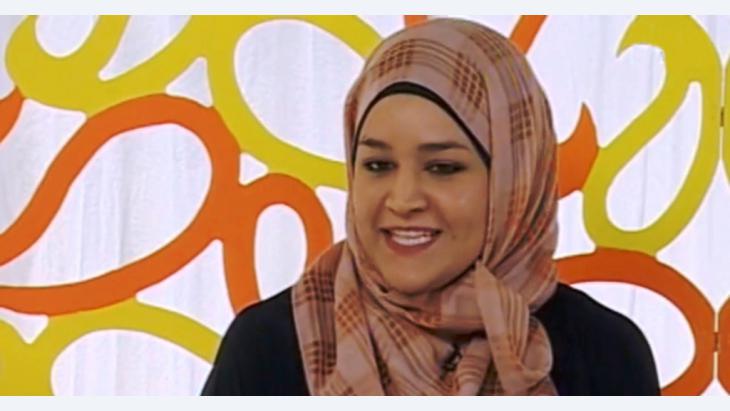 "Feminism is about stereotypes on how women should live"

Zara Faris is a British researcher and speaker of Kurdish/Pakistani descent. She has a quarrel with feminist theology, and her views on gender and Islam have provoked a lot of debate. Claudia Mende spoke to her about these subjects

Do you think that Muslim women need feminist theology?

But haven't feminist theologians like Amina Wadud or Asma Barlas made some important contributions to a modern understanding of the Koran? Doesn't your critique shut down their work?

Faris: I have actively engaged with the views of feminist theologians so I am not shutting them down, but after having studied them, I feel that they do not achieve the objective of theology. Feminists themselves claim that we should be critiquing one another. If this is what they say themselves, then it would be kind of contradictory or hypocritical to suggest that my critiquing of their work shuts down the debate. I think that, on the contrary, it opens it up even more.

Do you consider feminist theology to be a consistent voice?

Faris: No, not at all. Feminist theology – just as feminism – does not just have one strand. It is one of my main contentions with it that it has so many meanings. If it has so many multiplicities of meaning under the name of feminism, how are any of those categories or filters actually helpful? If it can mean any number of things, then how does it provide a solution to many of the problems that women face today? I say we need to understand what is revealed by the Creator about how we should live our lives, how we should resolve the issues that we have, how we should balance rights and duties amongst each other. If feminists have a hundred different ideas about this, how are they going to assist us in understanding how we are best supposed to organise and live our lives with each other?

Is there a specific way for women to read the Koran?

Faris: I would say that there is a human way of reading the Koran. Understanding scriptures requires intellect — something that both sexes possess. Different human beings have different experiences and different skills. It is just about the intellect, it is not about gender.

Even some of the feminist theologians take their teachings from male scholars if they support their views. For example, the female Koran commentator Aisha Abdel-Rahman, known as Bint al-Sati, was heavily influenced by Mohammed Abdou. Fatima Mernissi was also within the environment of two prominent male modernist scholars in her time as well.

But doesn't your gender contribute to your understanding of the Koran?

Faris: Your experience might, however that does not mean you should bring principles with you. When you are, for example, trying to interpret the Koran's take on a particular subject, you are trying to understand the principle in the Koran. Although you have different experiences, you are not going to bring your own principles about how it should be. Your experience may simply bring more information about the circumstances, which is very different to what feminist theology does. Feminist theology does not just bring information about these circumstances, it brings principles. So it defeats the purpose of understanding the principles in the Koran because you are bringing your own principles.

So for you, their approach is not acceptable?

Faris: Any time an exegete brings his or her own preconceived judgement about how Islam should be, than they have defeated the purpose of approaching Islam in the first place. If you already have your ideas about how things should be, just stick to those ideas. Why take them back to Islam unless you want to feel better about them? Any form of theology whatsoever that does that – be it feminism or be it any other 'ism – defeats the purpose. They do not achieve any objective they set out to do.

What is so disturbing about feminism?

Faris: Feminism is about stereotypes on how women should live. I do not think that feminists can disown those stereotypes, because all feminist ideas are part and parcel of feminism. Feminism is as feminism does. If activist groups like Femen justify their provocative approach as being feminist, there is nothing – no text, no canon to point to – to say it is not feminism.

Some might try to claim that Islam posits stereotypes as well, but the difference with Islam is that there is a normative text to point to to see what Islam truly posits. But with feminists like Femen, there is nothing to refer to for true practices. What I want to say is that people should not think that feminism is the only way to achieve social justice. They should not think, "if not feminism, then what?", as if there is no other option. Feminism does not have a monopoly on these things. Justice for women and men can be achieved by other means, without the need for feminism.

And what about the struggle for women's rights?

Faris: I am not questioning whether Muslim women are in need of liberation; it is plain to see the rampant social injustice that is faced by both women and men in the post-colonial Muslim world (and the West) today. Feminists should just not have a monopoly on it. Any time I speak out against feminist ideology, the lay understanding is that for some reason I am speaking out against women's rights, as if feminism is the sole cause for women's rights. Islam proposes solutions for ensuring women's safety, women's liberation, their rights and abilities to pursue different opportunities. When groups like Femen, or any feminist group, claim that monopoly, they paint an unjust picture of Islam and, therefore, many people feel the need to attach feminism to Islam. We need to empower justice itself rather than the rather sexist ideology of feminism.

This interview was edited on 20 January 2015

The village of Vakıflı (population 150) in the southern Turkish province of Hatay near the Syrian border is the last remaining Armenian village in Turkey. Lately, interest in the ... END_OF_DOCUMENT_TOKEN_TO_BE_REPLACED

How can the various realities of Kurdish life, shaped by depression, resistance and war, be depicted in art? This is the question addressed by the “bê welat – the unexpected ... END_OF_DOCUMENT_TOKEN_TO_BE_REPLACED

Ayse Gerner is a Muslim woman and a marriage counsellor. It is a combination appreciated by her clients, most of whom are Muslim. Although Muslim couples face the same ... END_OF_DOCUMENT_TOKEN_TO_BE_REPLACED

Born amid the horrors of war in Iraqi Kurdistan, Danish author Sara Omar now uses her voice to denounce violence inflicted on women in the name of reactionary Islam, a "calling" ... END_OF_DOCUMENT_TOKEN_TO_BE_REPLACED

The New Patrons seek to sponsor art projects initiated by citizens in order to better dovetail art and life. Anyone can become their client. In Berlin, the impressive comic " ... END_OF_DOCUMENT_TOKEN_TO_BE_REPLACED

For years, singer Aynur Dogan has preserved and expanded the possibilities of traditional Kurdish music, lending a voice to her people. She has just released her seventh studio ... END_OF_DOCUMENT_TOKEN_TO_BE_REPLACED
Author:
Claudia Mende
Date:
Mail:
Send via mail

END_OF_DOCUMENT_TOKEN_TO_BE_REPLACED
Social media
and networks
Subscribe to our
newsletter